Catalunya Tigers are expected to win this match.

The 60th match of the ECS T10 2021 will be played between XI Stars and Catalunya Tigers on 23rd February at Montjuic Olympic Ground in Barcelona.

XI Stars will face Catalunya Tigers in the 60th match of the ECS T10 2021 on Tuesday. XI Stars are having a disastrous season so far. They lost as many as five matches they have played and are placed at the bottom on the Group A points table. They will be looking forward to getting their first win of the tournament.

On the other hand, Catalunya Tigers having a brilliant season so far. They lost only one of the five matches they played and are placed at the 2nd spot on the points table. If Bengali fails to win either of their two games earlier in the day, Catalunya Tigers will assume the top spot with a win here.

It will be partly cloudy here in Barcelona on Tuesday. The temperature will hover around the 14 Degrees Celsius range with no chance of rain.

The pitch here at Montjuic Olympic Ground is pretty much helpful for the bowlers. Batting first is a preferable option for this venue as per the records.

Tabish Qahqous has scored 78 runs including a fifty that nearly saw his team home against Bengali. He is a must-pick for your dream11 fantasy teams.

Amir Hamza scored a blistering 31 off 10 balls against the same opponents in their previous encounter. He can score runs quickly for his team.

Mustansar Iqbal is the first one to score a century this season, blistering his way to 107* off just 37 balls against XI Stars. He can score a big knock in this upcoming match also.

All-rounder Yasir Ali is the leading wicket-taker for Catalunya Tigers with seven wickets to his name and has amassed 129 runs. 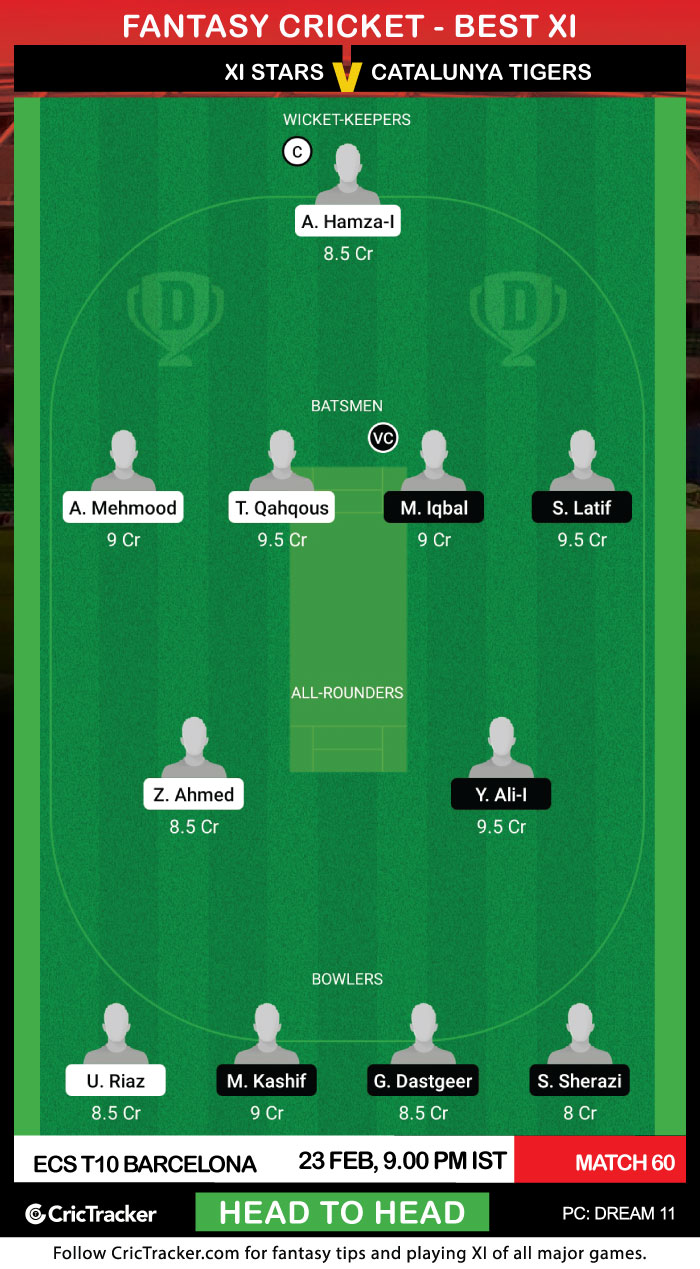 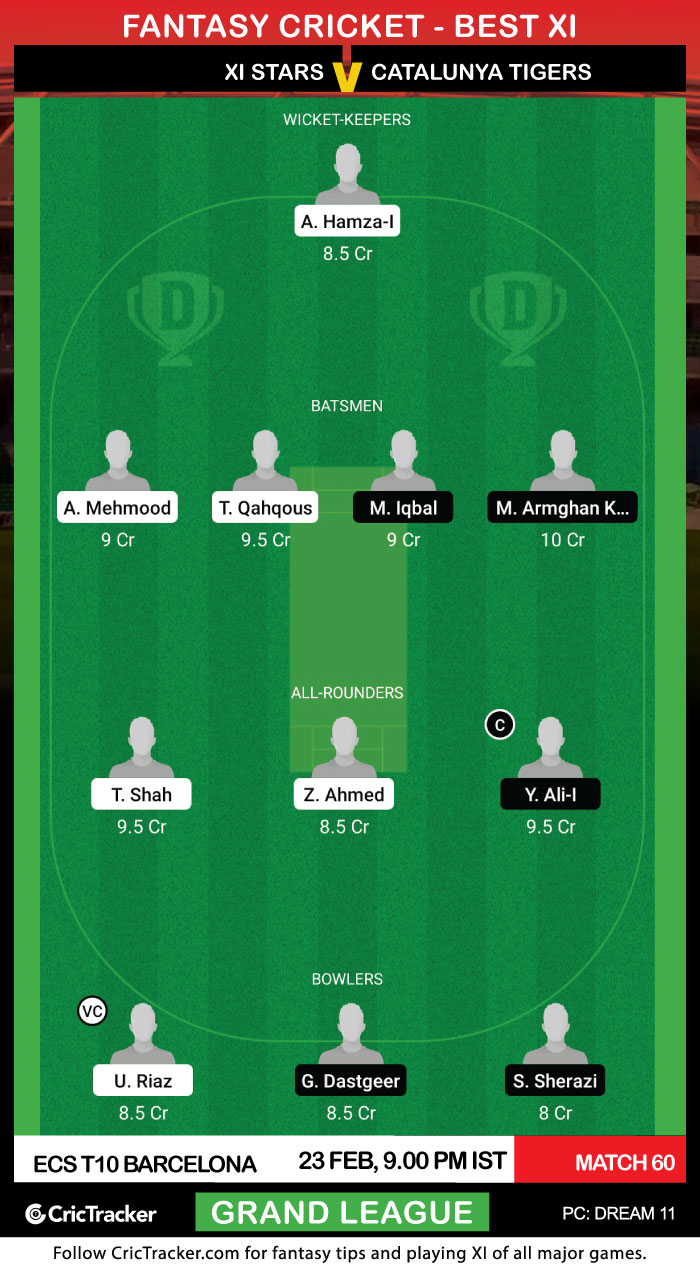 You should try Saqib Latif as a multiplier in any one of your Dream11 fantasy teams as he has mustered 90 runs at a staggering strike rate of over 230 in this season.

Catalunya Tigers are expected to win this match.