It is advisable to pick Muhammad Fiaz Haider or Malik Mati Ur Rehman as your captain in the Dream11 fantasy team.

The 78th match of the ECS T10 2021 will be played between Badalona Shaheen and Trinitat Royal Stars on 1st March at the Montjuïc Olympic Ground, Barcelona.

Badalona Shaheen and Trinitat Royal Stars will play against each other in the Group D match of the ECS T10 2021 tournament on Monday. Badalona Shaheen have played 2 matches, out of which they have won 1 match and lost 1 match. They are currently at 5th position in Group D with 2 points.

On the other hand, Trinitat Royal Stars have played 3 matches and they have won 2 of those matches. They are in the third position in Group B with 4 points. Even though the Stars have won more matches, but they suffered a defeat in their previous match. Hence, this game will be a closely-contested one.

The temperature is hovering around 8 to 12 degrees Celsius. It will be partly cloudy and rain can interrupt the match.

The last few matches played on this track have been high-scoring games. Toss is going to be a very crucial factor and whoever wins should go for batting first.

IPL 2022: 5 teams that might target Steve Smith in mega auction

Muhammad Fiaz Haider has smashed 70 runs with a strike rate of almost 200 against Punjab Warriors in the tournament. The opening batsman will want to repeat the same feat once again in the match against Badalona Shaheen.

Aqeel Ansar is in fine form in this competition. He is the leading wicket-taker for Trinitat Royal Stars. He has taken 8 wickets in 3 matches with the best figures of 4/8 till now in the tournament.

Muhammad Ali Meer has been very consistent throughout the tournament. Even though he hasn’t played any big innings, he always has got good starts. He can contribute with his bowling as well.

Malik Mati Ur Rehman played a match-winning knock against the Hawks in his last game. He smashed 40 runs in just 12 balls with 5 huge sixes. He also picked up a wicket in the same match. He is the perfect all-rounder for Badalona Shaheen.

Sarmad Ali gave Badalona Shaheen a good start against Hawks. He scored 38 runs with a strike rate of more than 200. 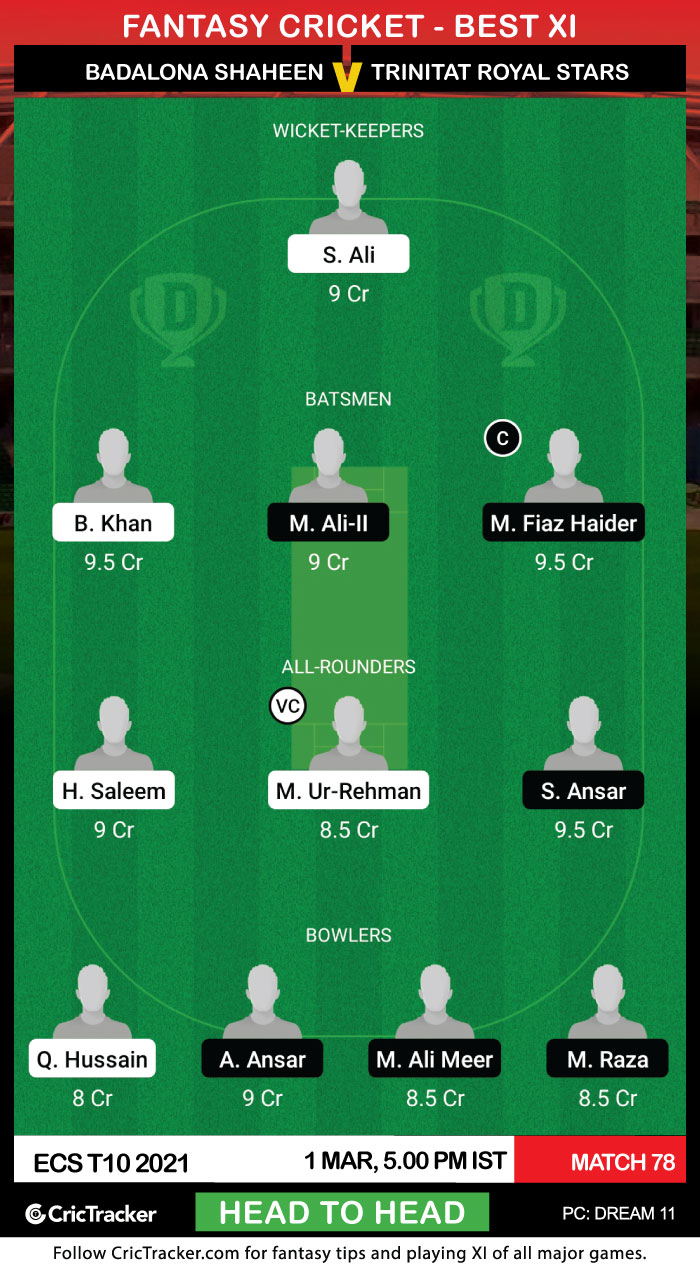 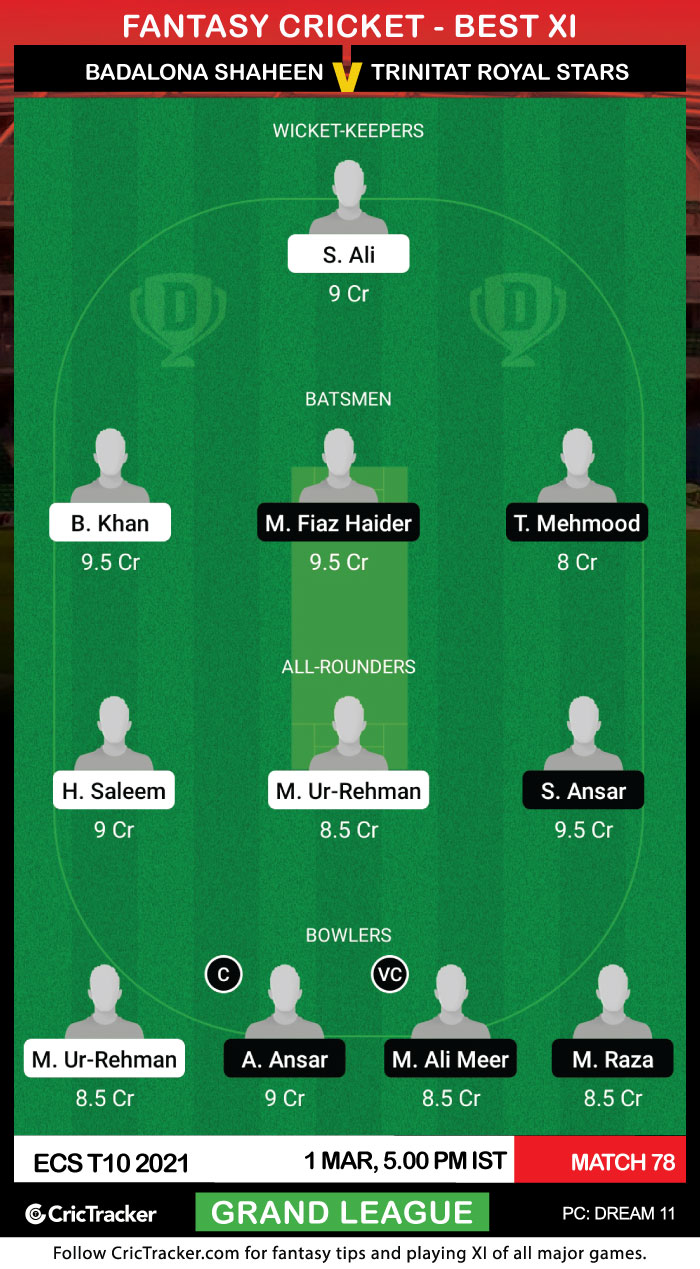 It is advisable to pick Muhammad Fiaz Haider or Malik Mati Ur Rehman as your captain in the Dream11 fantasy team. They both are very good all-rounders and they will give you points in both departments.

Trinitat Royal Stars are expected to win this match.