It is advisable to pick top run-scorers from both the sides as your captain and vice-captain, as they are in sublime touch.

The 88th match of the ECS T10 2021 will be played between Punjab Warriors and Hawks on 3rd March at the Montjuic Olympic Ground in Barcelona.

The match is scheduled to start at 5:00 PM IST and it will be streamed live on Fancode.

In the 88th match of the ECS Barcelona T10 2021, Punjab Warriors will take on Hawks. Both the teams have been average throughout the tournament. The last time when they met, Punjab Warriors got the better of Hawks. They are the fifth place in Group D with 4 points. This match is going to be very crucial for them.

On the other hand, Hawks are just one place above Punjab in the points table with 6 points. They are in a good place to qualify for the knockouts, but they will have to win this match at any cost. Revenge is what they will be seeking when they will take on the Warriors.

For the last couple of matches, the pitch is helping the batsmen a lot. There is no such help for the bowlers. The average first inning score is 96 and if teams have a good batting line-up, they can easily get to that total. Whoever wins the toss is expected to bat first.

Shahbaz Muhammad is the leading wicket-taker of Hawks with a total of 7 wickets to his name. In the last match itself, he scalped 4 wickets in 2 overs and gave just 7 runs.

Hawks’ Aamir Javid has scored 97 runs in 5 innings at a strike rate of 173.21. He is the second-highest run-getter between two teams.

Tejas Singh is the highest run-getter from Punjab Warriors. he has scored 74 runs in 5 matches at a strike rate of 160.87.

Punjab Warriors’ all-rounder Moshin Ali has performed decently till now. He has scored 45 runs in 5 matches at a strike rate of 109.75 and has scalped 5 wickets as well.

Also Read – There is a breeding machine of fast-bowlers here in Pakistan, which is great to see: Dale Steyn 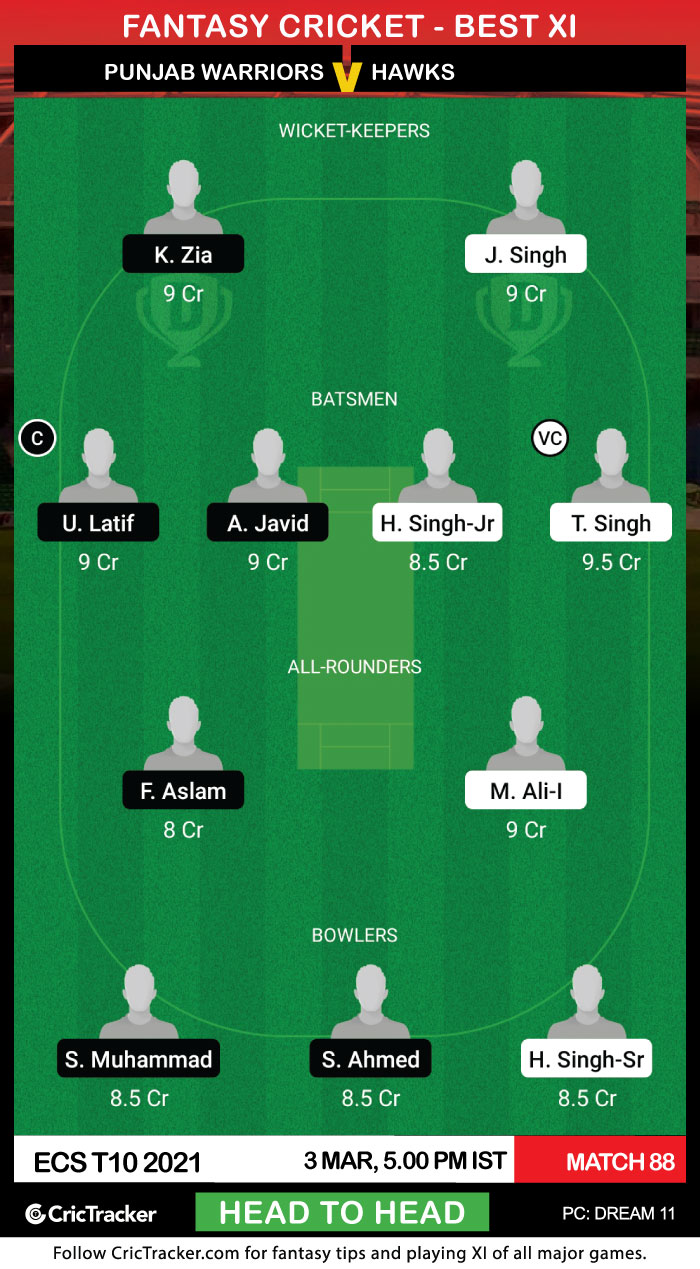 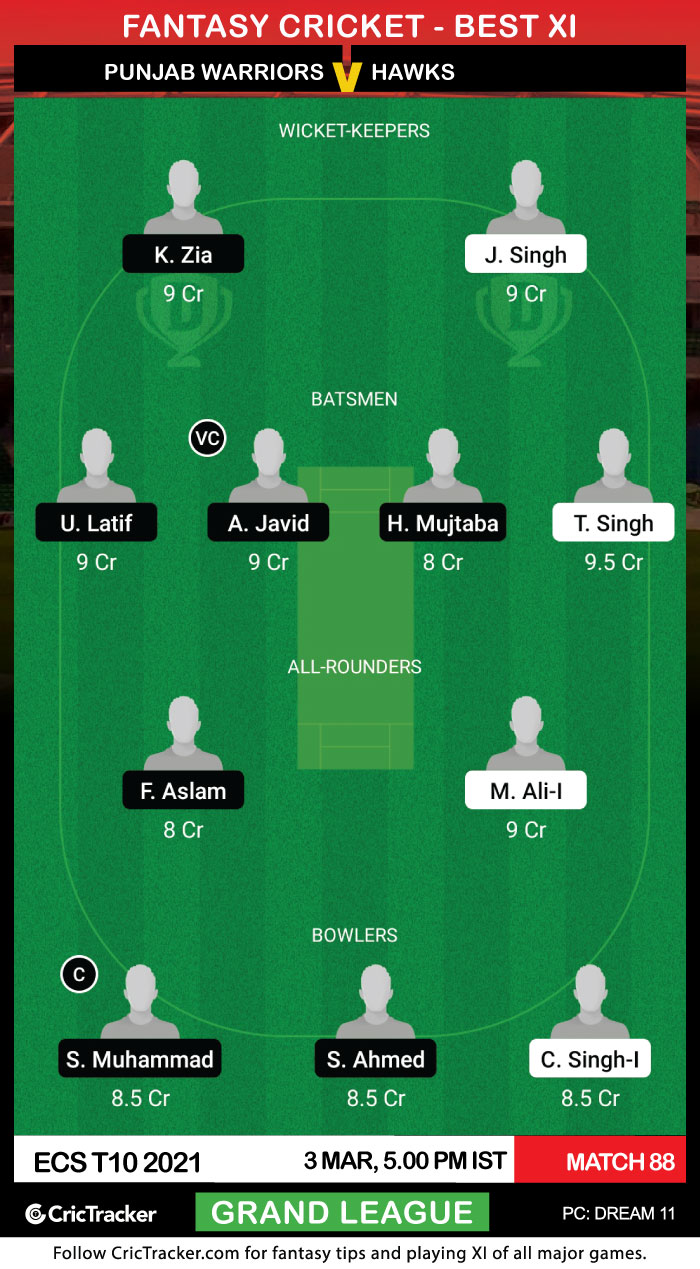 It is advisable to pick top run-scorers from both the sides as your captain and vice-captain, as they are in sublime touch.