It is advisable to pick Muhammad Masood in both of your Dream11 Fantasy teams.

Match 92 of the ECS T10 2021 will be played between Bangladesh Kings and Raval Sporting at the Montjuic Olympic Ground in Barcelona.

Raval Sporting defeated Bangladesh Kings by a comfortable margin of 38 runs in their last encounter. Kishitij Patel and Sonu Jangra contributed to Raval’s last win and will be key players to look out for in this match as well. A mouth-watering tussle is expected, as both teams coming into this match on the back of dominant victories in their last matches.

BAK vs RAS Weather Report for 92:

The temperature in Barcelona will range around 16 degrees with a 25% probability of precipitation. There are times of clouds and sun expected during the daytime.

With 71% cloud cover during day time, the weather is anticipated to be partly cloudy. The temperature will range around 16 degrees with chances of dew.

Sofiqul Islam is the top run scorer for Bangladesh Kings, scoring 114 runs at a strike rate of 183.87. He has a highest score of 48 not out.

Wicketkeeper-batsman Muhammad Masood has scored 113 runs in the tournament so far. He has a half century to his name as well.

Bangladesh Kings’ skipper Moshiur Rahman is the leading wicket-taker for his side. He has picked up 6 wickets at an economy of just over 8 runs per over with best bowling figure of 3/9.

Raval Sporting opening batsman Kishitij Patel is the highest run-getter for their side. He has scored 160 runs at an impressive strike rate of 168.42.

Gaurang Mahyavanshi is the leading wicket-taker in the tournament. He has grabbed 16 wickets in seven matches with a best bowling figure of 5/14.

Sonu Jangra is the second-highest wicket-taker in the tournament with 13 wickets to his name. He has maintained an economy rate of 6.56 runs per over.

Also Read – There is a breeding machine of fast-bowlers here in Pakistan, which is great to see: Dale Steyn 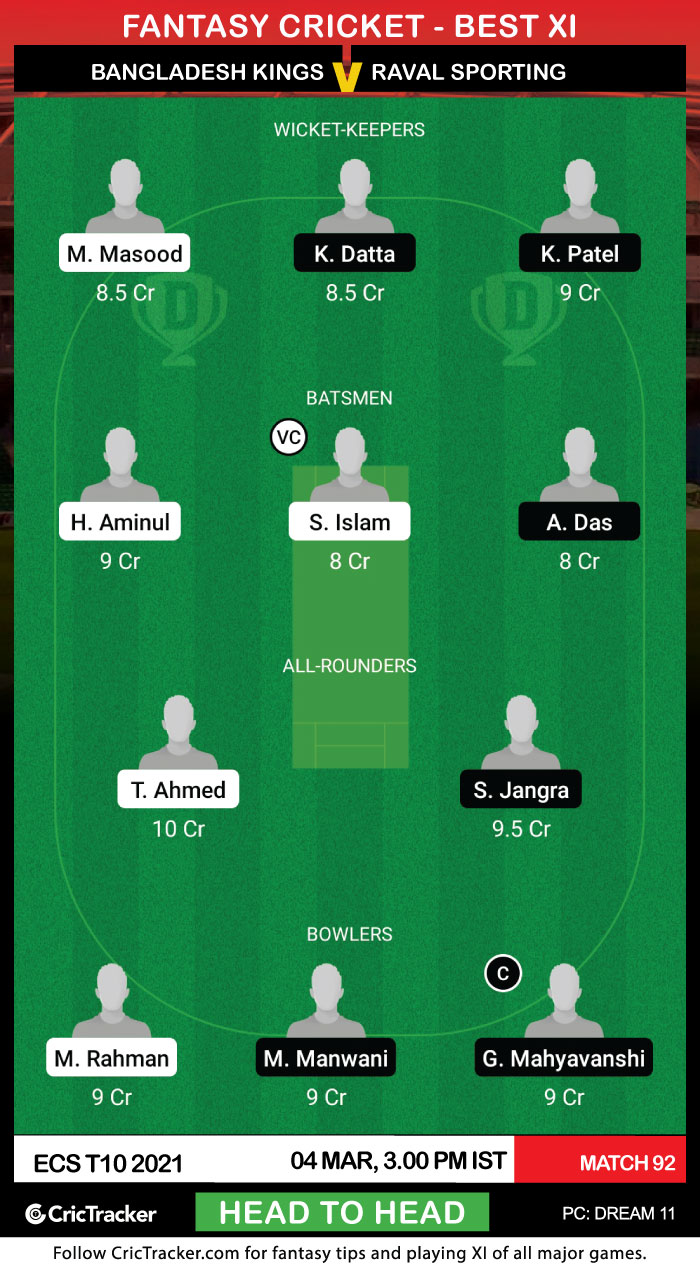 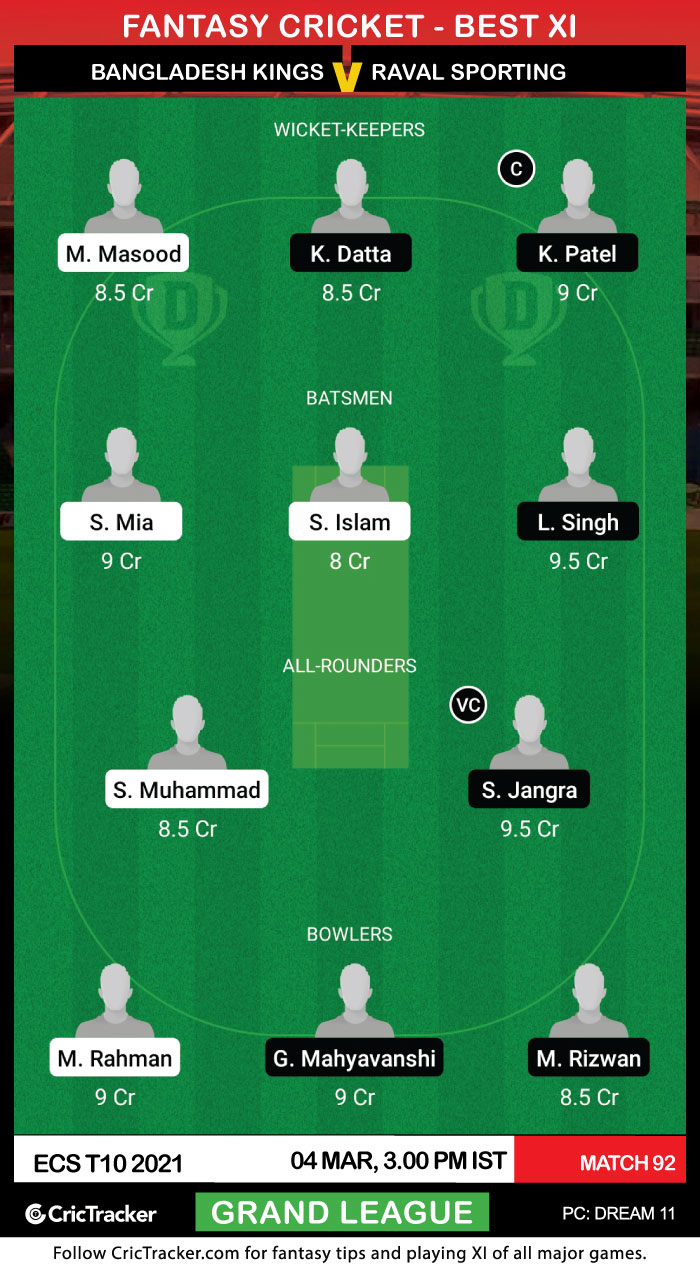 It is advisable to pick Muhammad Masood in both of your Dream11 Fantasy teams, as he is in good form with both bat and will fetch you points with his wicket-keeping skills as well.

Raval Sporting are expected to win this match.