Sarmad Ali and Umar Latif are the best options for the captaincy.

The 99th match of the ECS T10 2021 will be played between Badalona Shaheen and Hawks on 4th March at Montjuic Olympic Ground in Barcelona.

The match is scheduled to start at 7:00 PM IST and it will be streamed live on Fancode.

In the Group D contest, Badalona Shaheen will take on Hawks in the 99th match of the ECS T10 2021 on Friday. After winning two back-to-back matches against Punjab Warriors and Black Panthers, Badalona Shaheen suffered 2 defeats on the trot. They are placed at the 3rd spot in Group D with 8 points in their bag. In their previous meeting against Hawks, they won by 7 wickets against Hawks.

Meanwhile, Hawks had mixed results so far in this tournament. They have won 4 games and lost 3 games. Hawks are currently at the 4th spot in the standings with 8 points with a net run-rate of -0.363. It will be a crucial day for both the teams as they will be playing 2 matches and whoever wins will have great chances of advancing to the next stage.

It’s going to be sunny in the afternoon here in Barcelona with a constant temperature of 15 degrees Celsius and the humidity will be 74 percent. There is 10% of precipitation for this match,

The batsmen are making most of the batting-friendly conditions and scoring with a lot of ease. The bowlers are still unable to find their lengths and getting hammered all over the park. This is likely to continue for the rest of the tournament. Batting first is a good option on this wicket.

Kamraan Zia has the best strike rate among the Hawks batsmen. He has smashed 122 runs from seven games. The wicketkeeper-batsman will be looking to get some handy runs once again in this match, and can also pile up a few extra points with the gloves.

Muhammad Shahbaz is the leading wicket taker for Hawks with 11 wickets in 7 matches at an average of 11.09 and an economy of 10.16 runs per over and a strike rate of 6.54. He has the best bowling figure of 4/7.

Dilawar Khan has picked up 9 wickets in 8 overs at an economy of 5.62 runs per over. He has the best bowling figure of 4/7. 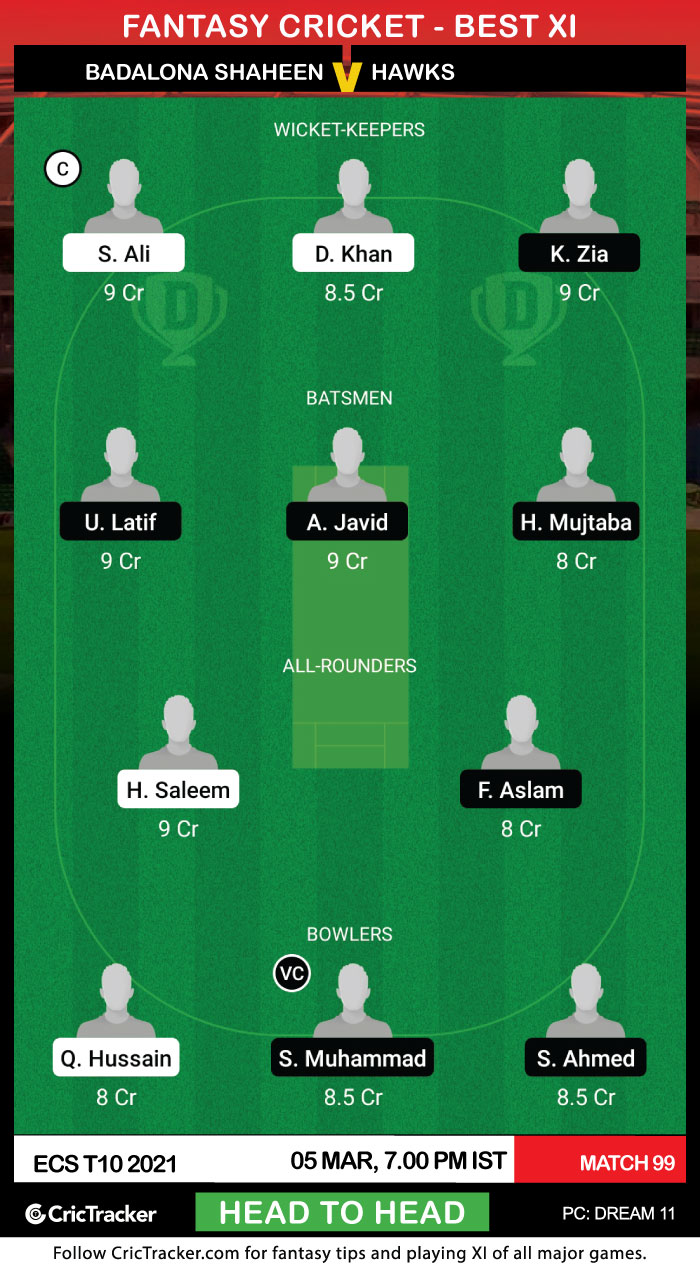 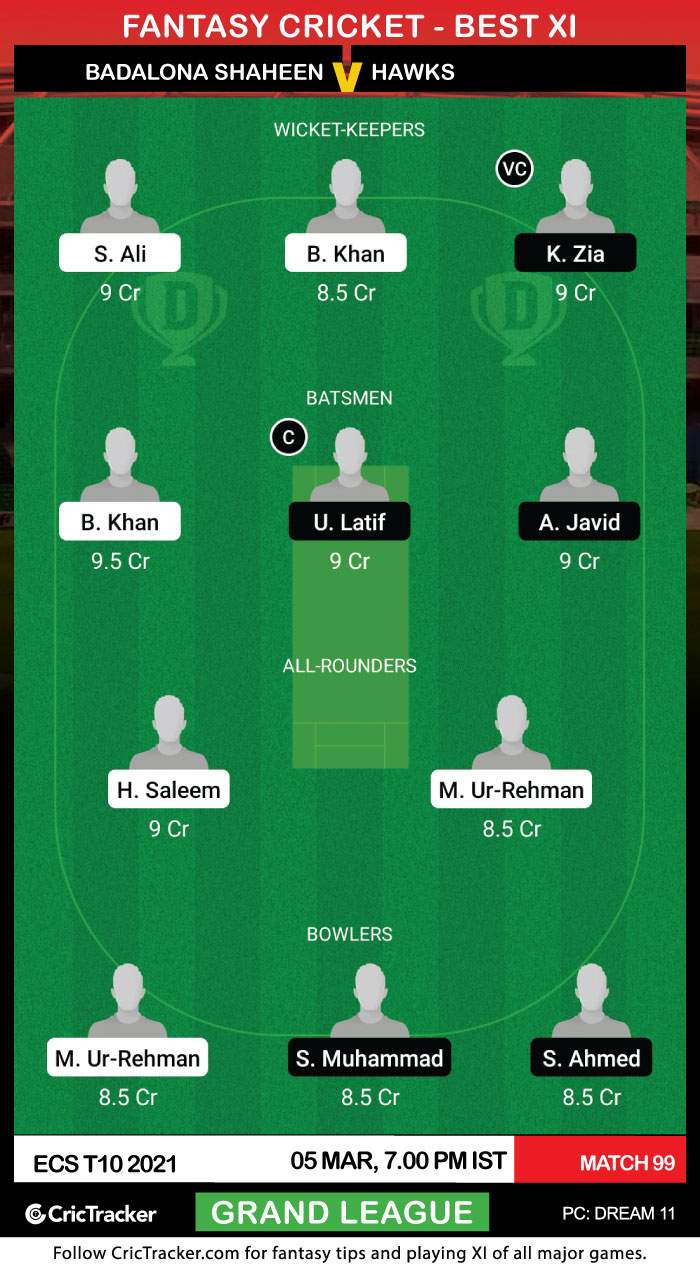 Sarmad Ali and Umar Latif are the best options for the captaincy because both are in great form and have been earning points aplenty.