It is advisable to pick more all-rounders from both teams in your Dream 11 fantasy team.

This could well be the most competitive match of the tournament. Both the teams are neck-to-neck and have beaten each other once in the league stage. Trentino Aquila have won five out of eight matches and are at the second spot on the points table.

They will come as favourites in the match. However, Royal Cricket Padova are at just one spot below Trentino, by winning four out of five matches. We are all set for what looks like a nail-biting semi-final.

Throughout the tournament, it has been made clear that it is a batting pitch. The first innings’ average score is 120. Toss would play an important role as whoever wins it will surely go opt to bat first.

IPL 2021: Rajasthan Royals' Liam Livingstone flies back to England due to bubble fatigue

Ali Saqib Arshad is the best all-rounder from his side. He has managed to score 119 runs in 8 matches and has picked up six wickets as well.

Sameera Fernando is the best-all-rounder not only from his team, but both teams combined. He has been outstanding thus far in the tournament. Fernando has managed to score 204 runs in 7 innings and has picked up 8 wickets as well.

Virantha Veerasingha is another in-form all-rounder from his team. He has smashed 149 runs in 7 innings and has picked up 6 wickets as well.

TRA vs RCP Must Picks for Dream11 Fantasy Cricket: 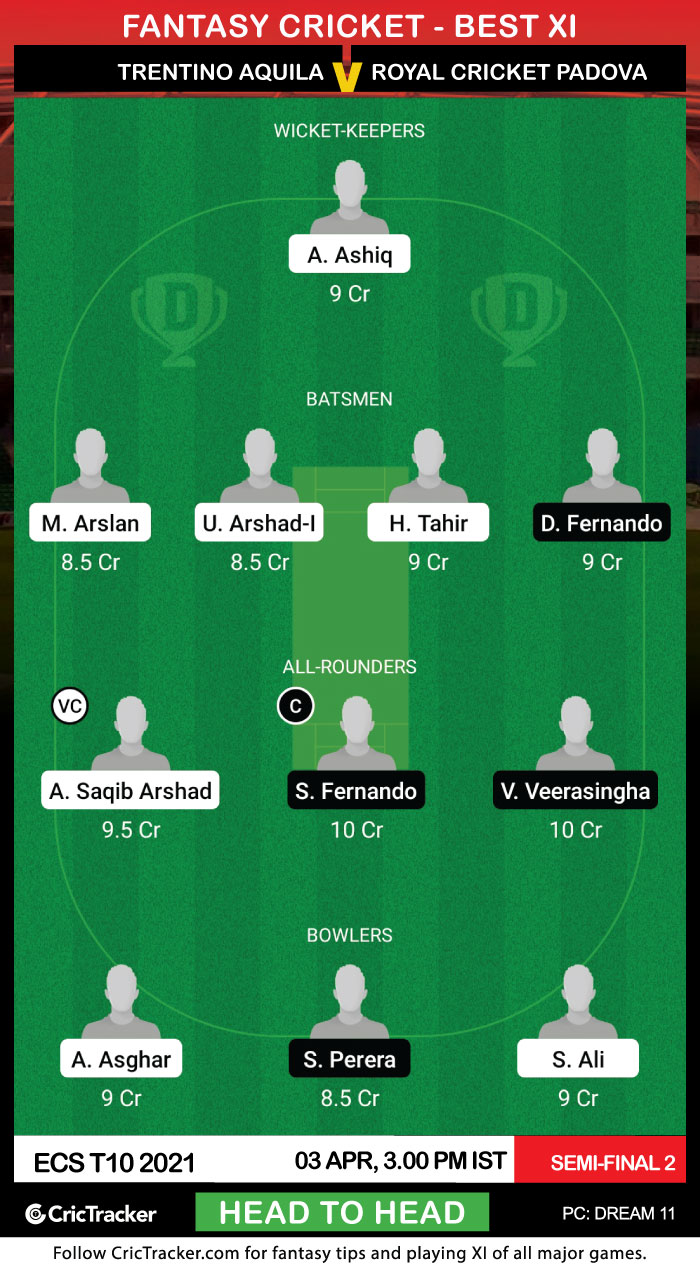 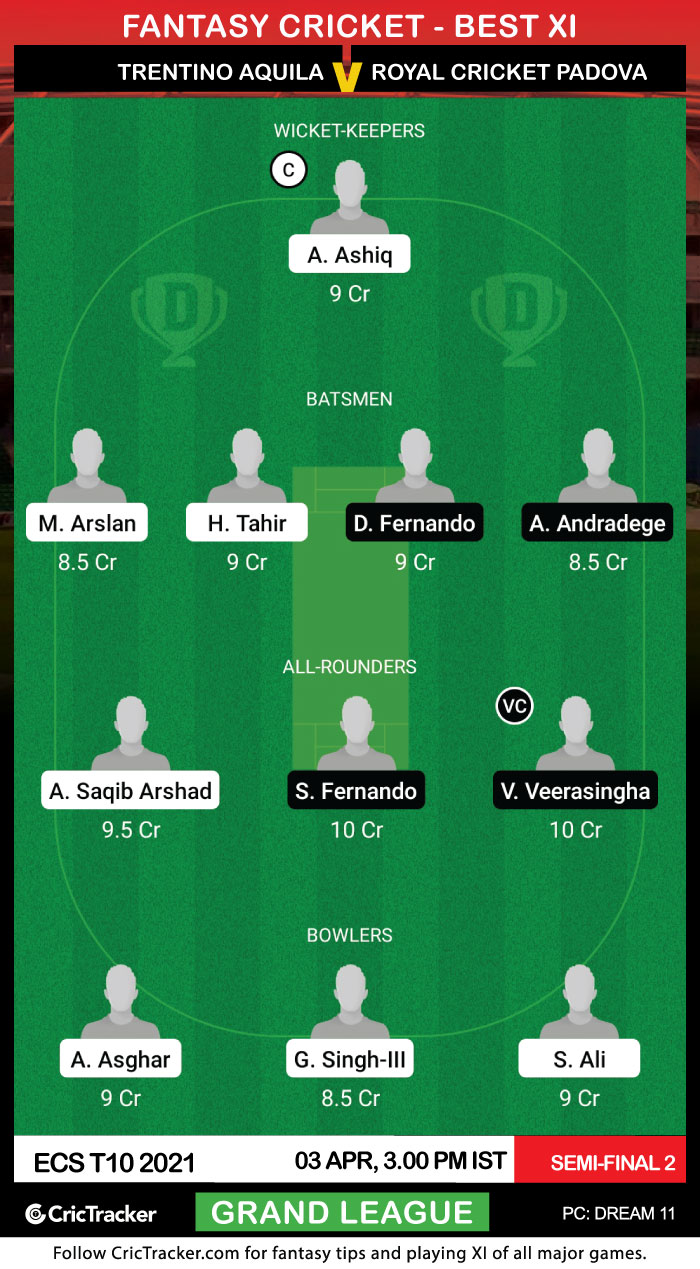 Trentino Aquila are expected to win this match.