Ostend Cricket Club is expected to win this match. 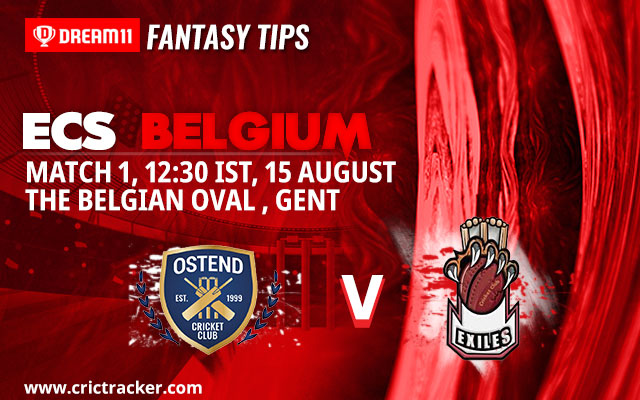 The first match of the European Cricket Series T10 in Belgium is set to be played between the Ostend Cricket Club and the Exiles Cricket Club at the Belgium Oval Ground.

The Ostend CC will be playing two matches back to back and will be looking to win both of them and secure their place in the semis, in the first day itself. The Exiles Cricket Club will also be playing both matches of their quota on the same day, but they will have a one match long break in between in their fixtures.

Scattered showers are expected on Saturday and the chances of precipitation are 40 per cent. So, things might not go as planned and the rain may play a spoilsport. The temperatures are expected to be in 17 to 23 degree Celsius.

A lot of uncertainty will prevail in the minds of the players and the teams’ support staff, as this pitch is fresh and there is nothing that can be said about who, the batsmen or the bowlers will get help and how.

Faisal Mehmood has been in excellent form with both the bat and the ball in 2020. He is the highest wicket-taker for his team with 8 wickets to his name in 6 matches. He has also fared well with the bat too, scoring 112 runs at a strike rate of 211.32.

Sheraz Sheikh is in red hot form and has topped the charts for his team this year in the batting as well as the bowling department. He has scored 238 runs at a strike rate of 146.81 and has taken 13 wickets too in the 11 matches he has played.

Abdul Rehman Butt with 228 runs to his name in 11 matches this season is placed at the second spot in his team’s run-scorers’ leader board. And, his runs have come a strike rate of 167.50. He has shown occasional brilliance with the ball too, picking three wickets at an economy rate of 7.38 runs an over.

Waqas Ali has scored 95 runs in the 6 matches he has played in 2020, showing what he is capable of doing with the willow in his hand. He also has 7 wickets to his name, at an economy rate of 7.78, which means that he can make crucial contributions with the ball too. 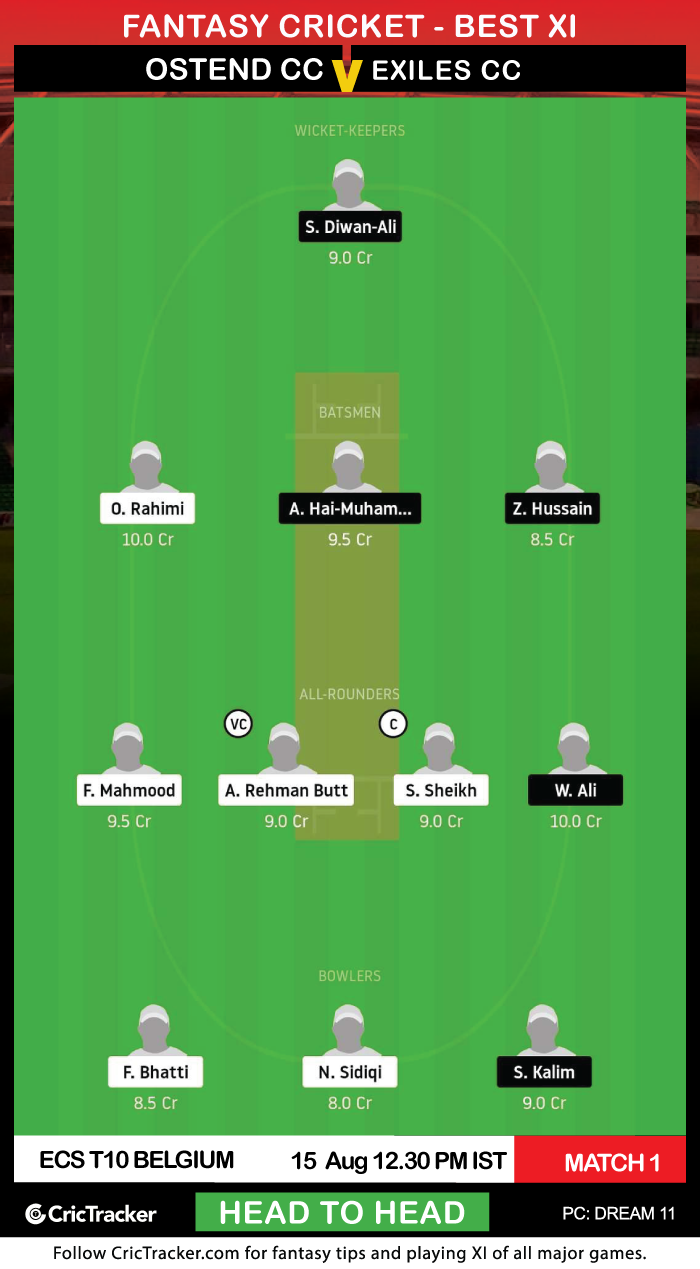 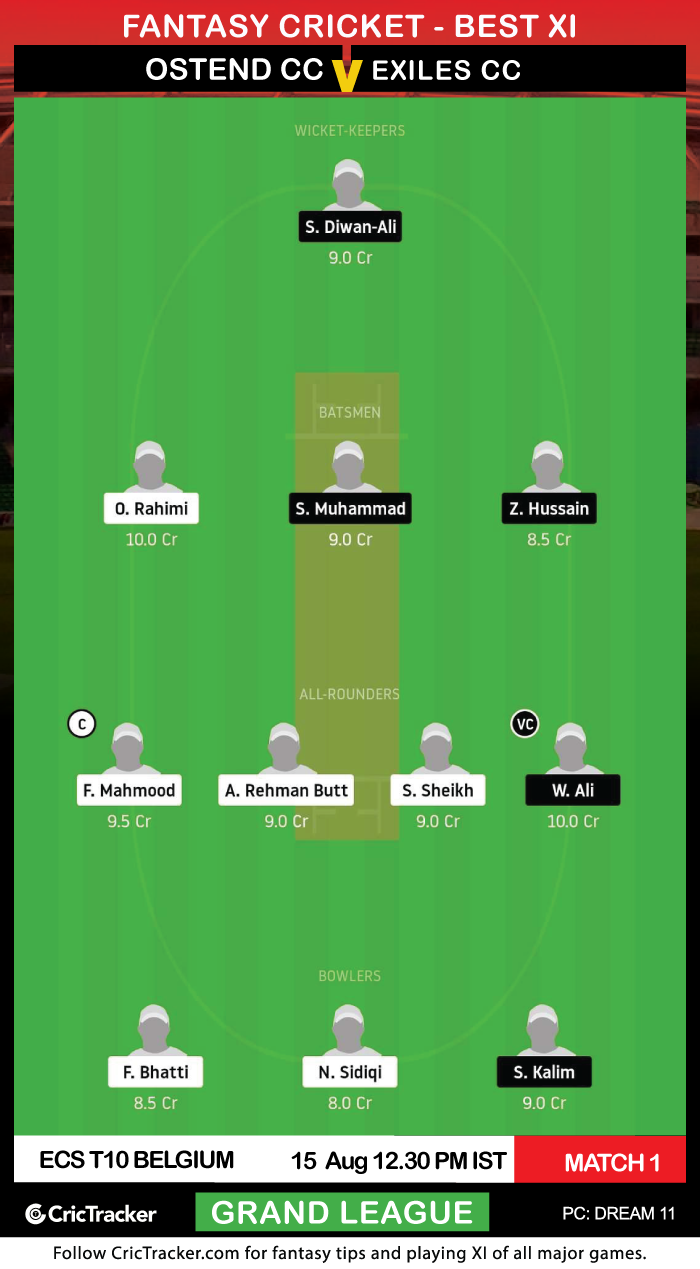 Abdul Rehman Butt is in great form this season, both with the bat and the ball, but at the time of writing, he was picked by only 32.35 per cent of Dream11 teams. He cannot be missed and is a must pick player in your team.

Ostend Cricket Club is expected to win this match.