Cyprus Moufflons players are in top-class form, it's wise to pick their players in your XI. 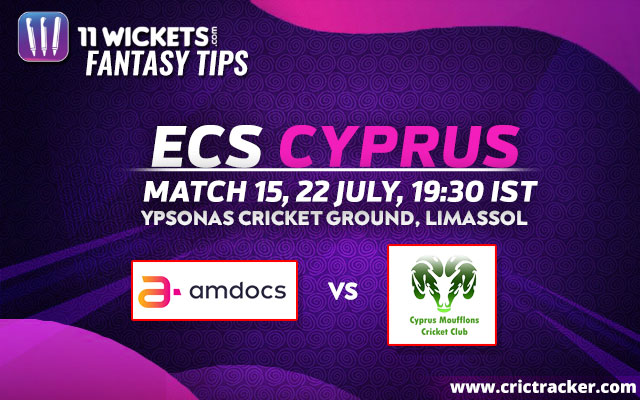 Match number 15 of the European Cricket Series T10 being played in Cyprus is all set to be played between Amdocs and the Cyprus Moufflons Cricket Club at the Ypsonas Cricket Ground.

Cyprus Moufflons have done a lot better when compared to Amdocs in the tournament so far and they would like to continue their momentum in the tournament. With the competition touching the final phases of the league stage, this encounter holds a lot of importance for both sides.

(At the time of writing, both the teams had played 4 matches each. So, stats and figures have been mentioned accordingly)

There’s no threat of rain and the temperature is expected to be in the 30 to 35 degree Celsius range.

Pitch has been batting friendly so far with 126 being the average first innings score.

Swaroop Pattanik has been doing well with the bat in hand. Vimal Khanduri, in his three matches, has taken three wickets.

Zeeshan Sarwar looks a promising prospect to be picked in the team. Ravi Kumar has been doing really well with the ball.

Gursewak Singh is in great form in this tournament. 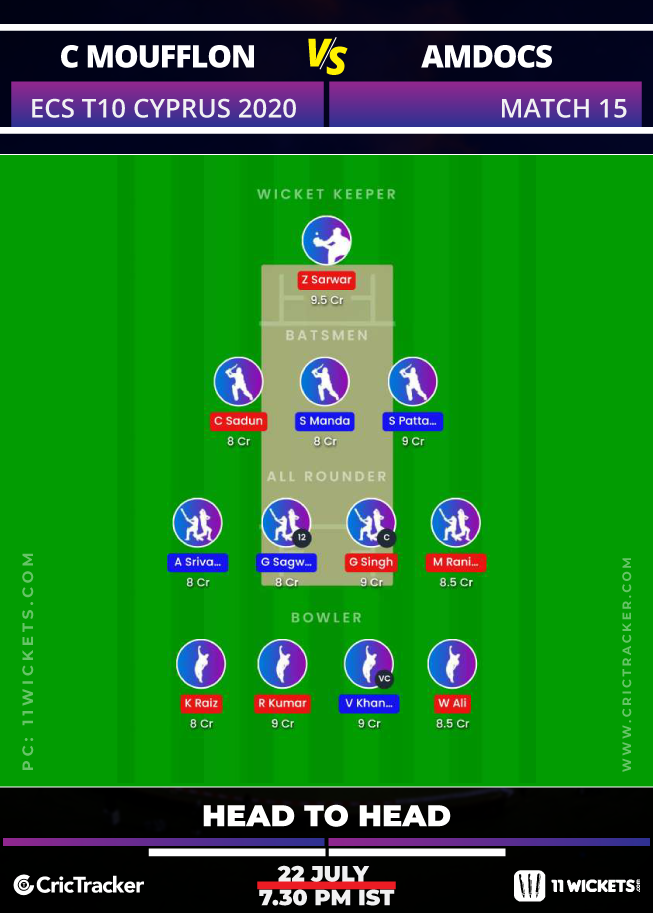 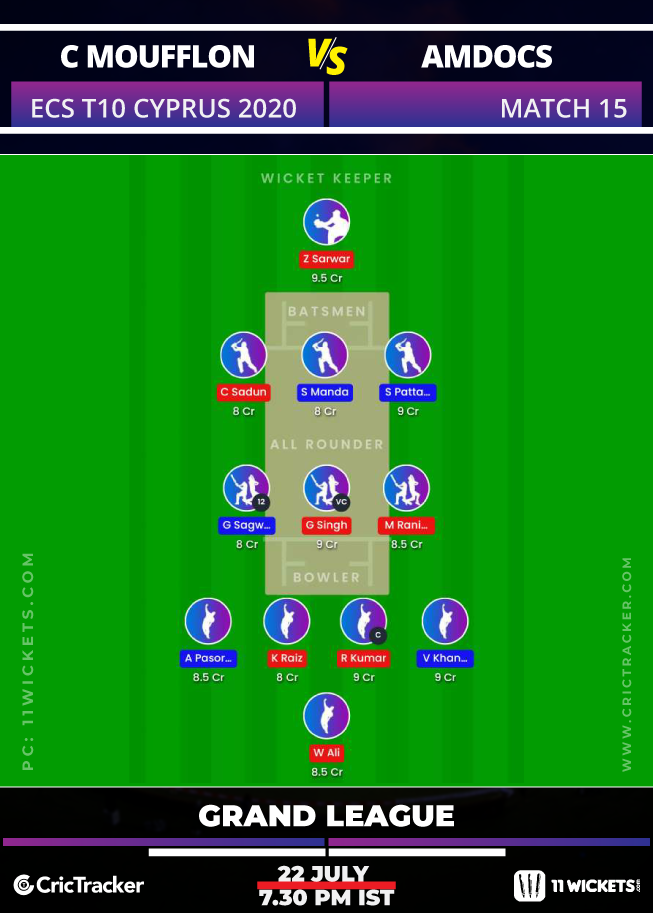 Cyprus Moufflons players are in top-class form, it’s wise to pick their players in your XI.

The Cyprus Moufflons are expected to win this match.