Chamal Sadun looked in terrific touch against Amdocs CC. It is advisable to pick him in the team. 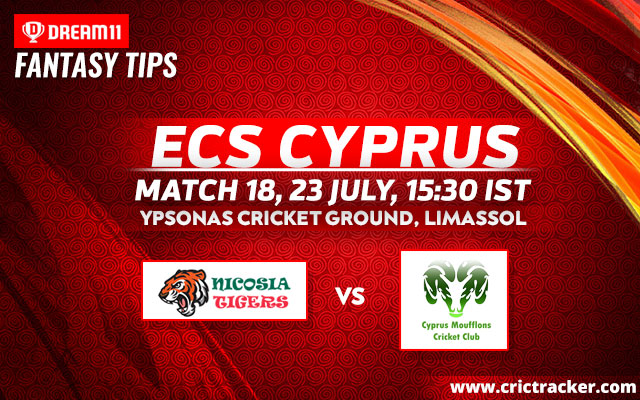 The 18th match of the ECS Cyprus T10 between Cyprus Moufflons CC and Nicosia Tigers CC will be played at Ypsonas Cricket Ground.

Cyprus Moufflons CC registered a 40-runs win over Amdocs CC in their previous game and will now lock horns with Nicosia Tigers CC. The Tigers have struggled to play with consistency in this competition, but they will look to return to the winning track after losing a game to Punjab Lions CC last evening.

The weather will stay sunny in the afternoon, with the temperature expected to be around 32 degrees Celsius.

The pitch in Cyprus has produced high-scoring encounters and this match should be no different.

Chamal Sadun hit six sixes in his 19-ball 45 against the Amdocs CC last evening. He could prove to be dangerous if he gets going. Mehran Khan scored a brilliant fifty against Amdocs CC. On the basis of current form, he will be the prime choice for captaincy.

Nicosia Tigers CC will rest their hopes on wicket-keeper batsman Yasir Khan. He opens the batting for them and in the last match, he scored 42 off 16 deliveries. From the bowling department, Shabbi Ul Hassan could make an impact as he had picked up two wickets in the last meeting between the two teams. 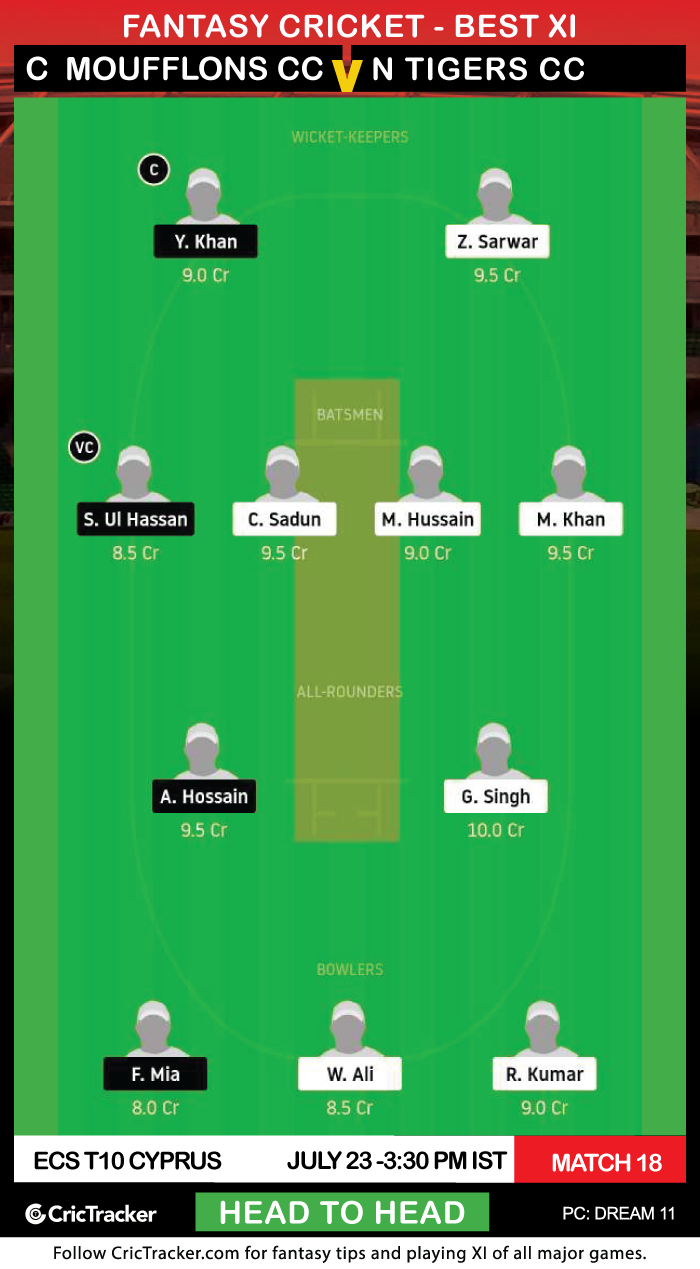 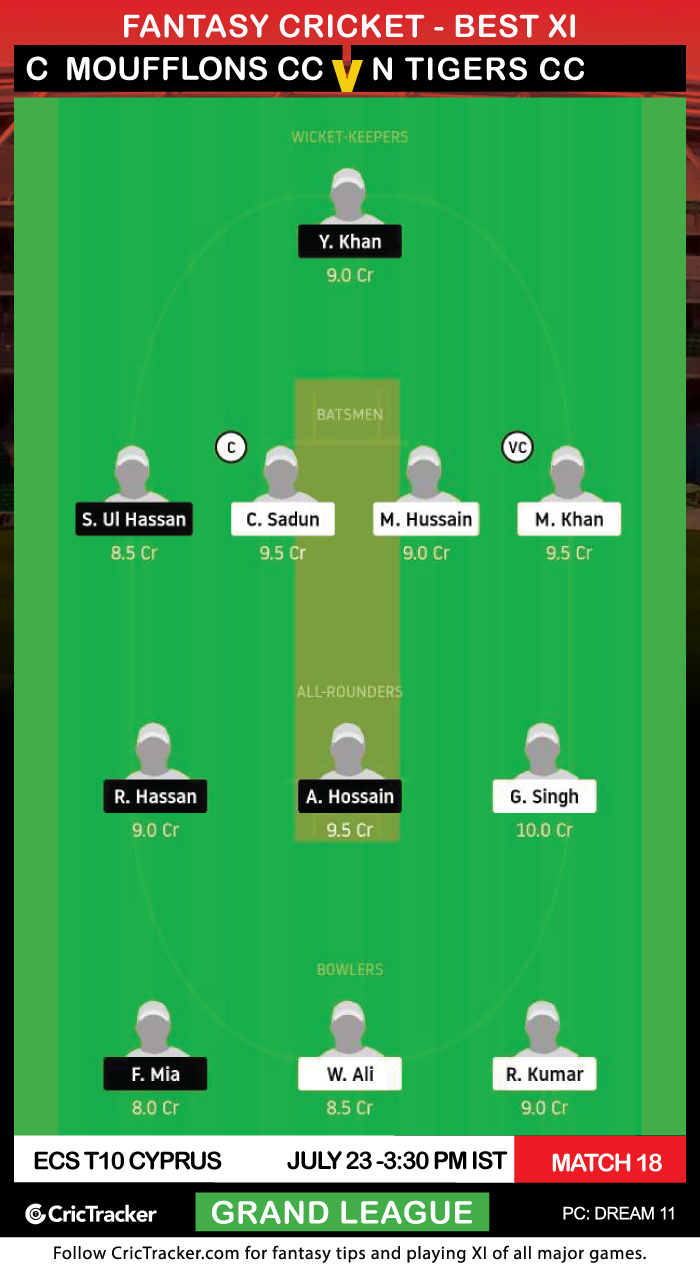 Chamal Sadun looked in terrific touch against Amdocs CC. It is advisable to pick him in the team.

Cyprus Moufflons CC is expected to win this match.