Waqas Akhtar has done exceptionally well with the ball in hand and Mangalaguna Gunasekara has given all-round performance, and this makes the two of them, the best choice for making the captain of your teams. 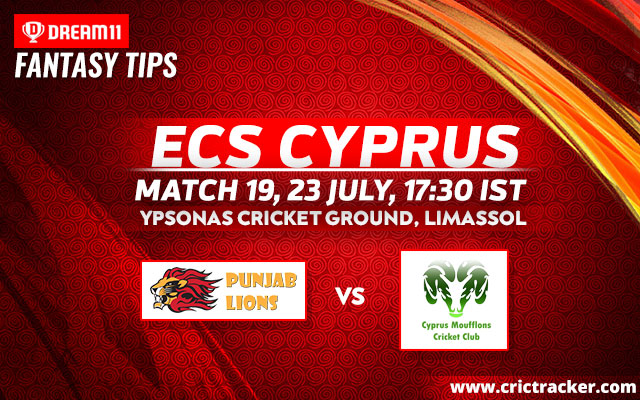 The 19th match of the European Cricket Series T10 being played in Cyprus is all set to be played between the Cyprus Moufflons Cricket Club and the Punjab Lions Cricket Club at the Ypsonas Cricket Ground.

The match is scheduled to start at 03:00 PM Local Time (05:30 PM IST) and can be streamed live through FanCode.

In this match, the spectators are up for a treat, as the two unarguably best sides of the tournament will be facing off against each other for the second time. Each side has an ample number of players in red hot form, who are capable of beating any team that is present in this tournament.

So, it will be a really tough task for both the teams to pull off a win, as their opponent would leave no stone unturned in order to clinch this match and better their chances of going into the playoffs, which would be beginning soon.

It will be interesting to watch who wins the match which is set to be the most fiercely competed match of the tournament. The Cyprus Moufflons will look to settle scores with the Punjab Lions who beat them by a margin of 7 wickets in their last match.

The weather prediction tells that the match will be going on without any interruption or delay due to rains or any other adverse weather condition. The skies will be clear and the temperature will hover around the 38 degree Celsius mark.

The pitch at the Ypsonas Cricket Ground is expected to have plenty of help for the batsmen with some little things in store for the pace bowlers at the start of the innings when the new ball is in play.

Waqas Akhtar has spearheaded the bowling attack of the Punjab Lions CC having taken 9 wickets in 6 games and is in red hot form with the ball. The Punjab Lions batsmen, Kulwinder Singh and Mangala Gunasekara are doing well with the bat and are the overall top two run-getters of the tournament. Kulwinder has scored 158 runs in 6 matches including two half-centuries, and Mangala has 146 runs to his name and only a single half-century.

Ravi Kumar has been delivering both with the bat and the ball, scoring 47 runs and taking 6 wickets in the 6 matches he has played. Gursewak Singh has also been among runs getting 146 runs to his name in 5 matches. 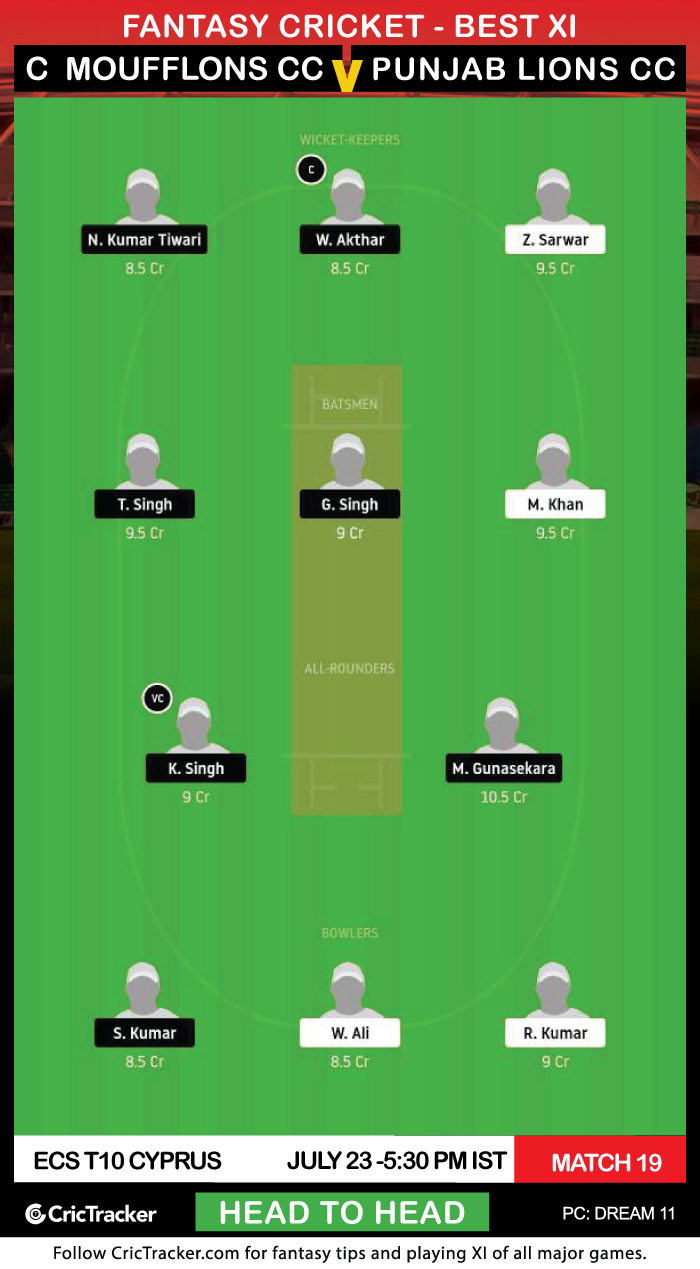 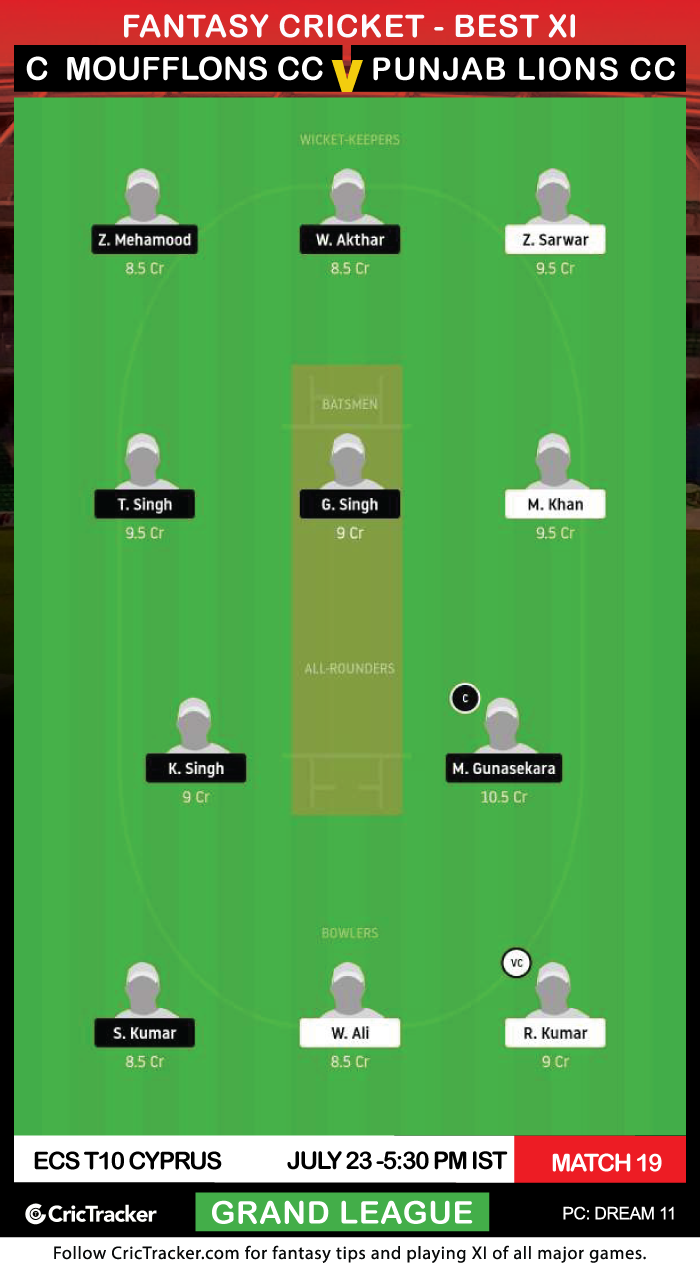 Waqas Akhtar has done exceptionally well with the ball in hand and Mangalaguna Gunasekara has given all-round performance, and this makes the two of them, the best choice for making the captain of your teams.

Punjab Lions CC is expected to win this match.