Yasir Khan can score a lot of runs in this contest because Amdocs CC do not have a strong bowling attack.

The 21st match of the ECS T10 Cyprus League between Amdocs CC and Nicosia Tigers CC will be played at the Ypsonas Cricket ground.

The sky will stay clear in the morning, with the temperature expected to be around 30 degrees Celsius.

The pitch has been helpful to the batsmen and it should stay the same for this match.

Shabbi Ul Hassan has scalped six wickets in five matches for Nicosia Tigers CC. Given that Amdocs CC batsmen have struggled so far, he can be backed to destroy their batting lineup. Aritra Chakraborty has performed decently for Amdocs CC in the Cyrpus T10 League. He has been one of their better batsman and could play a good knock in this match. 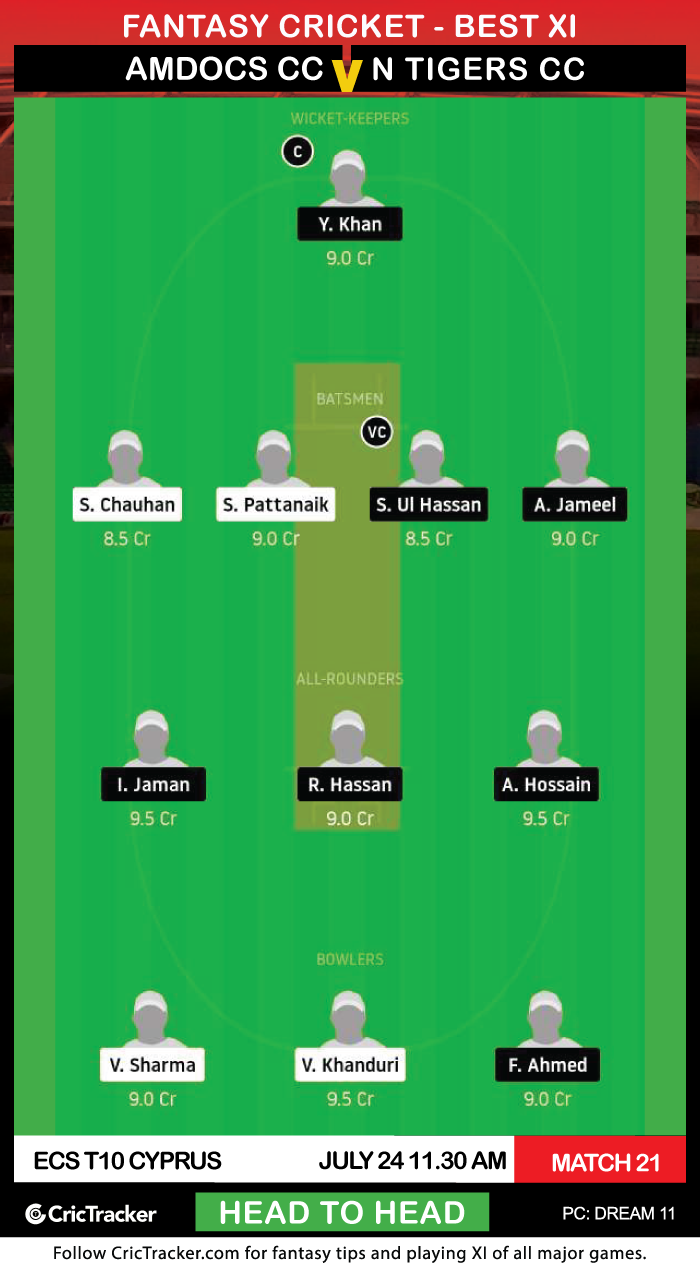 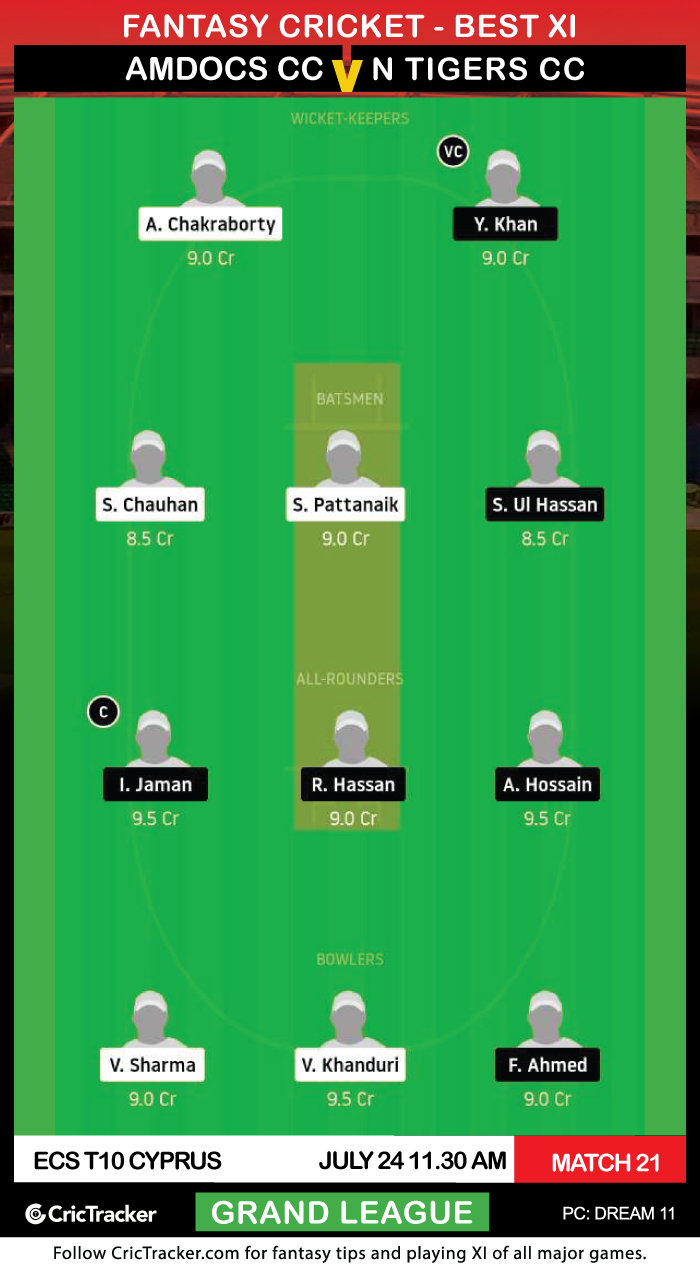 Yasir Khan can score a lot of runs in this contest because Amdocs CC do not have a strong bowling attack. It is advisable to pick him in the team.

Nicosia Tigers CC is expected to win this match.