Ravi Kumar can prove to be the X-factor player as he was the best bowler for Moufflons. 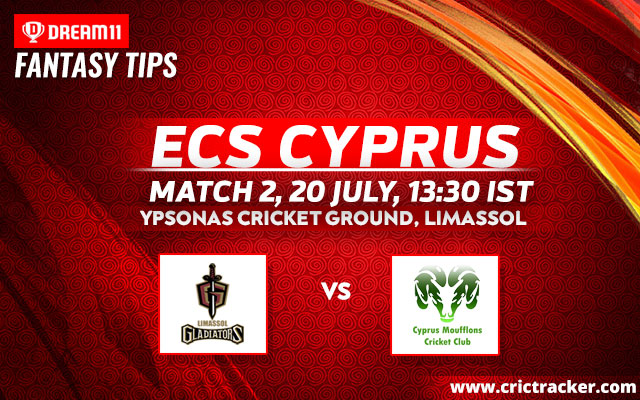 The 2nd match of the ECS Cyprus T10 between Limassol Gladiators CC and Cyprus Moufflons CC will be played at Ypsonas Cricket Ground.

The ECS T10 Cyprus competition will mark its beginning tomorrow, with multiple matches scheduled to happen on the opening day. The second match of day one will feature a battle between Limassol Gladiators CC and Cyprus Moufflons CC. Both sides will be keen to kick off their campaign on a winning note.

The skies will stay clear in the morning, with the temperature expected to be around 32 degrees Celsius.

The batsmen will love batting at the ground in Cyprus because the weather conditions will be sunny and the boundaries will be relatively shorter.

Ravi Kumar from Moufflons dominated the 2019 season as he was the best bowler of the competition, with 19 wickets in 7 matches. He had even scalped a five-wicket haul. Lakhwinder Singh is another bowler who could wreak havoc in this competition as he had picked up 11 wickets in 7 games.

Gurdeep Sharma will be the man to watch out for in the batting department. Playing for Cyprus last year, he smacked 258 runs in 9 matches and was their leading run-getter. Shahid Ali was the best batsman for Gladiators with 56 runs in five games. 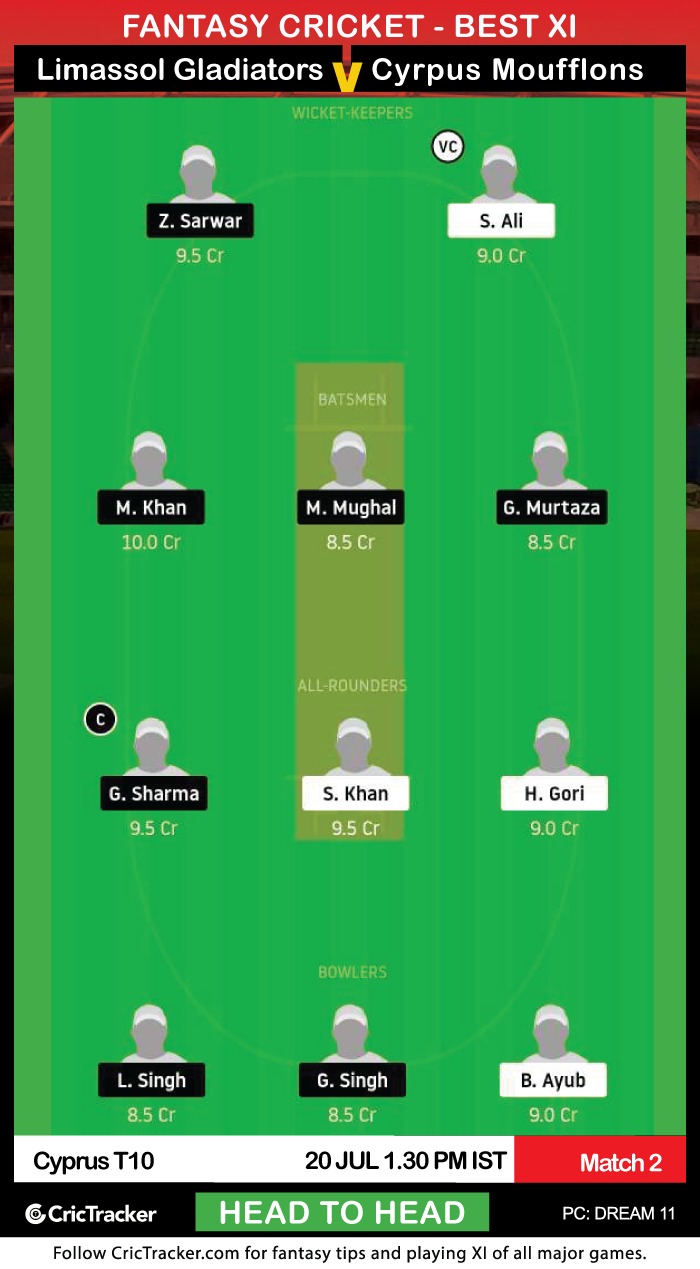 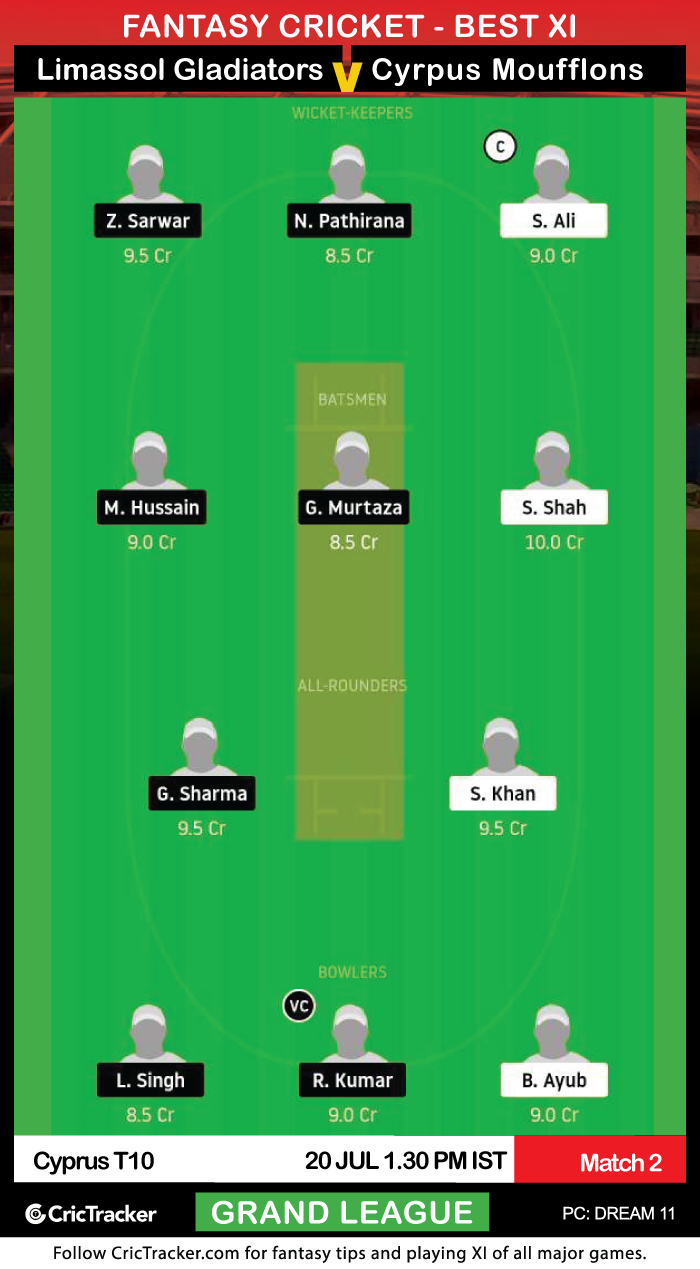 Ravi Kumar can prove to be the X-factor player as he is the best bowler for Moufflons.

Limassol Gladiators CC is expected to win this match.