Mehran Khan is the popular option to make captain in Fantasy teams. 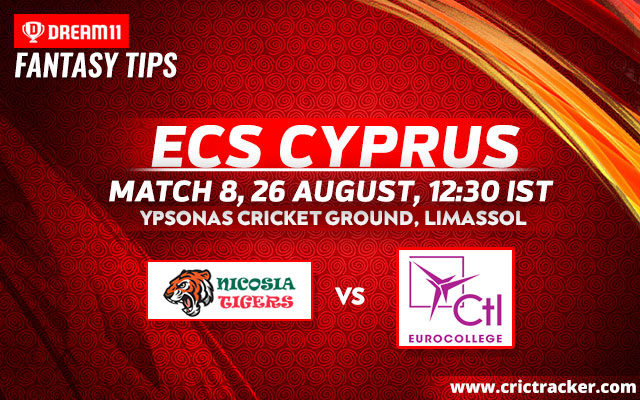 The 8th match of the ECS Cyprus 2020 will be played between the Cyprus Eagles CTL and Nicosia Tigers CC on 26th August, 2020 at the Ypsonas Cricket Ground. The match can be streamed live at 12:30 p.m IST on FanCode.

This promises to be a riveting match as it has a lot in the store for us. A win here could well take Nicosia Tigers CC to the top of the ladder whereas CEC CTL will look to climb up the order. Both have notched up some excellent batting performances and one can expect a run-fest in this game.

The weather is set to remain the same for this game as well. Clear skies with temperatures hovering around 30°C are expected.

The pitch is suited most for batting and the teams winning the toss have opted to bat first more often than not. There is something in the track for the pace bowlers as well.

Murali Alanki is in good form with the ball for the Cyprus Eagles CTL, picking up 2 wickets at an economy of just 7.1 in the game against Riyaan CC. Mehran Khan is the batsman in form having scored a match-winning 58 off 27 deliveries in his previous outing.

Roman Mazumder for the NCT was brilliant in their previous encounter. He stroked his way to a 36-ball 80 run breath-taking innings. Anowar Hossain followed it up with some brilliant bowling, giving away only 4 runs from his 2 overs while picking up 2 wickets. Gunasekara played a good knock of 24 (11) too. 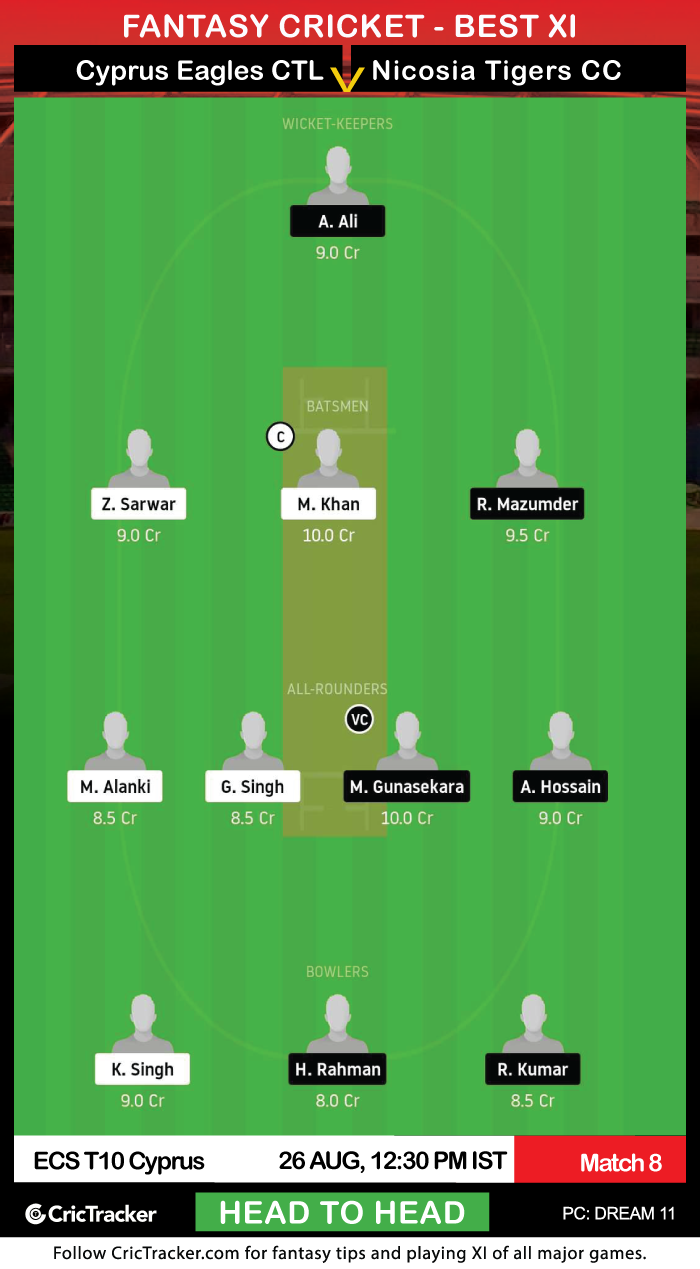 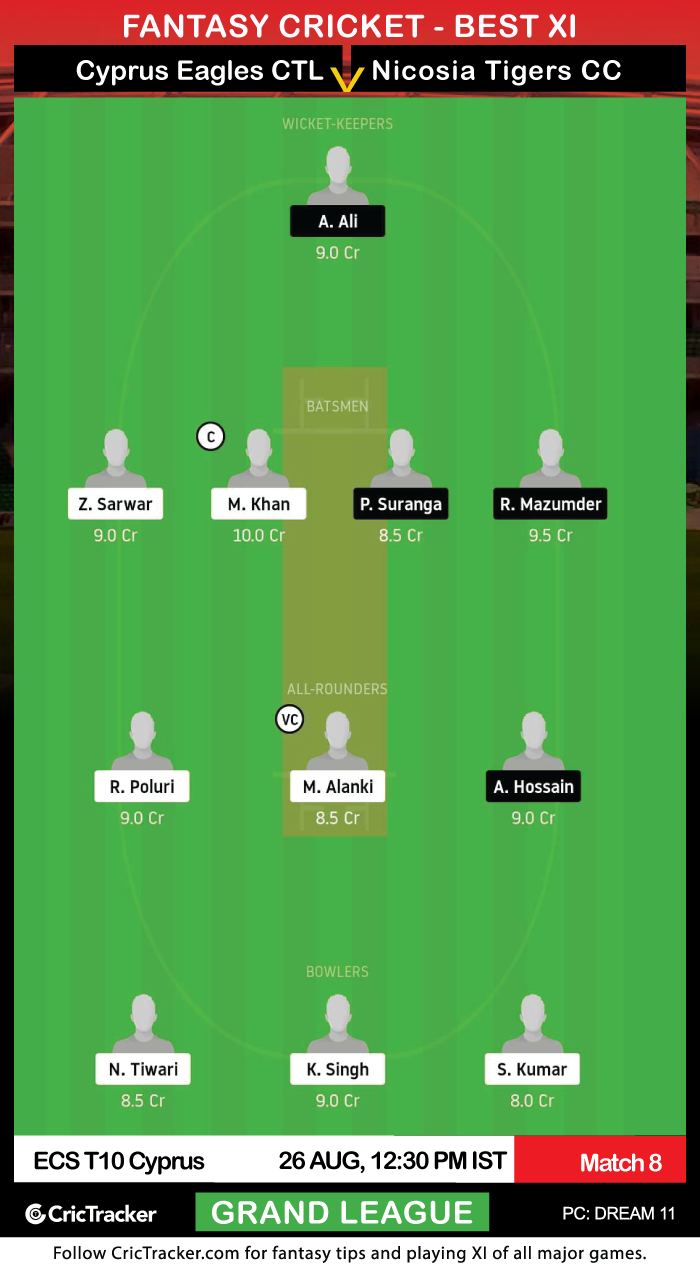 It is advisable to have the likes of Mehran Khan and Roman Mazumder in your team as they have been in sensational form.

This is going to be closely contested match but expect Nicosia Tigers CC to go through.