Abdul Bashir has shown a lot of promise with both the bat and the ball in hand. But his numbers on the stats sheet do not reflect at all what he is capable of doing. 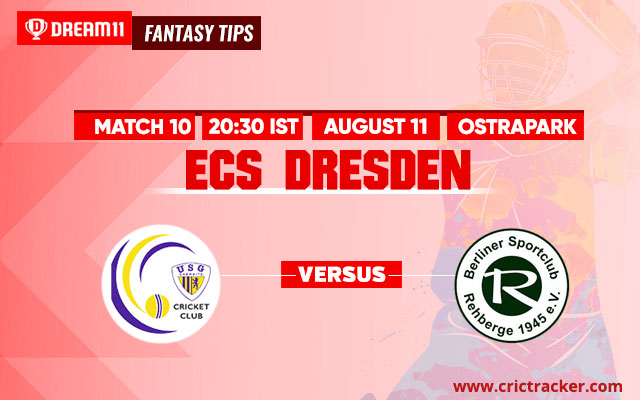 The 10th match of the European Cricket Series in Dresden is all set to be played between the USG Chemnitz and the BSC Rehberge at the Ostrapark Ground.

Playing their fifth consecutive match of the day will be the USG Chemnitz against the BSC Rehberge who will be playing their 10th match of the tournament. Given the scheduling, the two teams will be playing against each other for the second time on the same day, after a one-game break. So, coming into this game, both the teams will have ample information about the playing conditions and the forms their players are in.

Both the teams will also be aware of how the other team will be playing and what strategy or approach they could have in store for this very match. The BSC Rehberge might consider changing their playing XI in this match from their previous face-off, in order to provide some rest to their players. But the USG Chemnitz are likely to go with a largely unaltered squad, owing to their much relaxed scheduled compared to their opponents.

The skies will remain partly cloudy, with the temperature hovering around the 30 degree Celsius mark. There is one good news that would delight many, and it is that there is no rainfall predicted for the day.

The pitch is most likely to favor the bowlers, with the pacers being the ones benefitting the most. The batsmen would find it hard to score runs on this surface.

Shahnawaz Ahmed, with 290 runs to his name in just 7 matches, including a 109 run not out the inning, has climbed to the top of his team’s batting leader board. He will be looking to leave his mark on this tournament too.

Rajesh Nagaraja has been scoring the most number of runs for his team in the tournament so far. He is placed at the third spot in the tournament’s top scorers’ list with 40 runs to his name at a strike rate of 137.93.

Javed Iqbal has shined with the ball for his team in 2020 and is currently at the pole position in their top wicket-takers’ list. He has 11 wickets to his name in 7 matches while maintaining an economy rate of 6.08.

Abdul Bashir has shown a lot of promise with both the bat and the ball in hand. But his numbers on the stats sheet do not reflect at all what he is capable of doing. In the two matches he has played he has scored 14 runs at a strike rate of 127.27 and has taken 2 wickets. 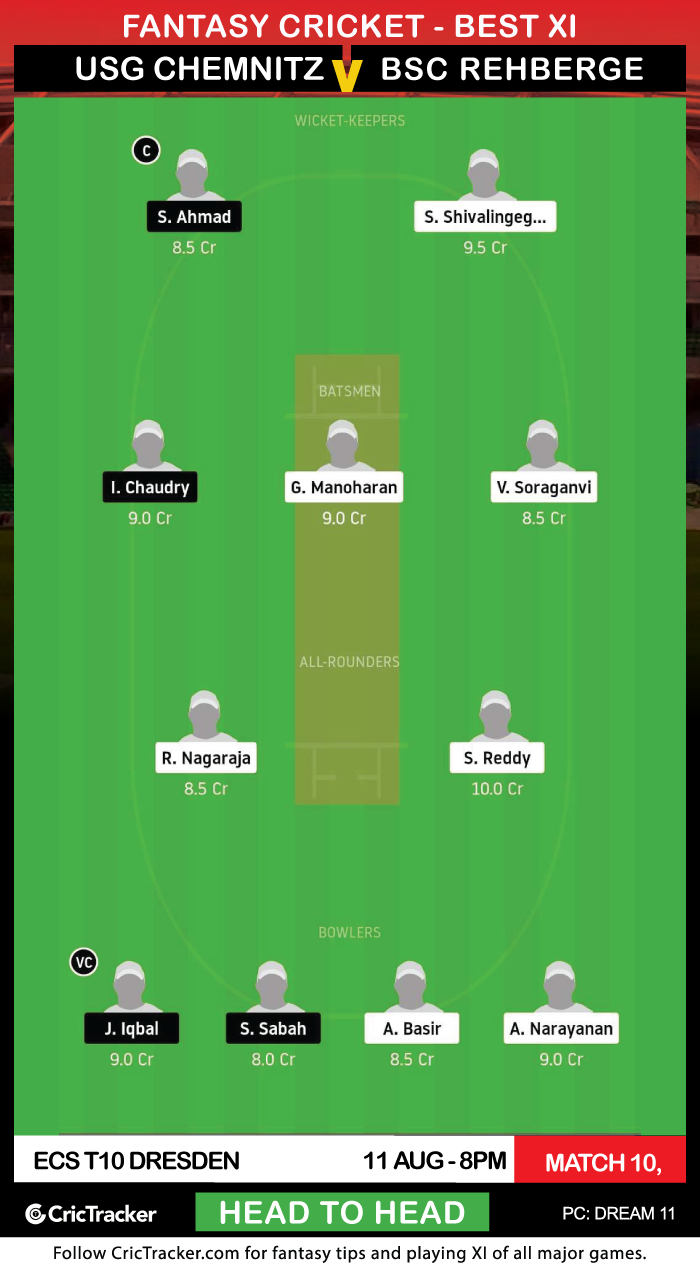 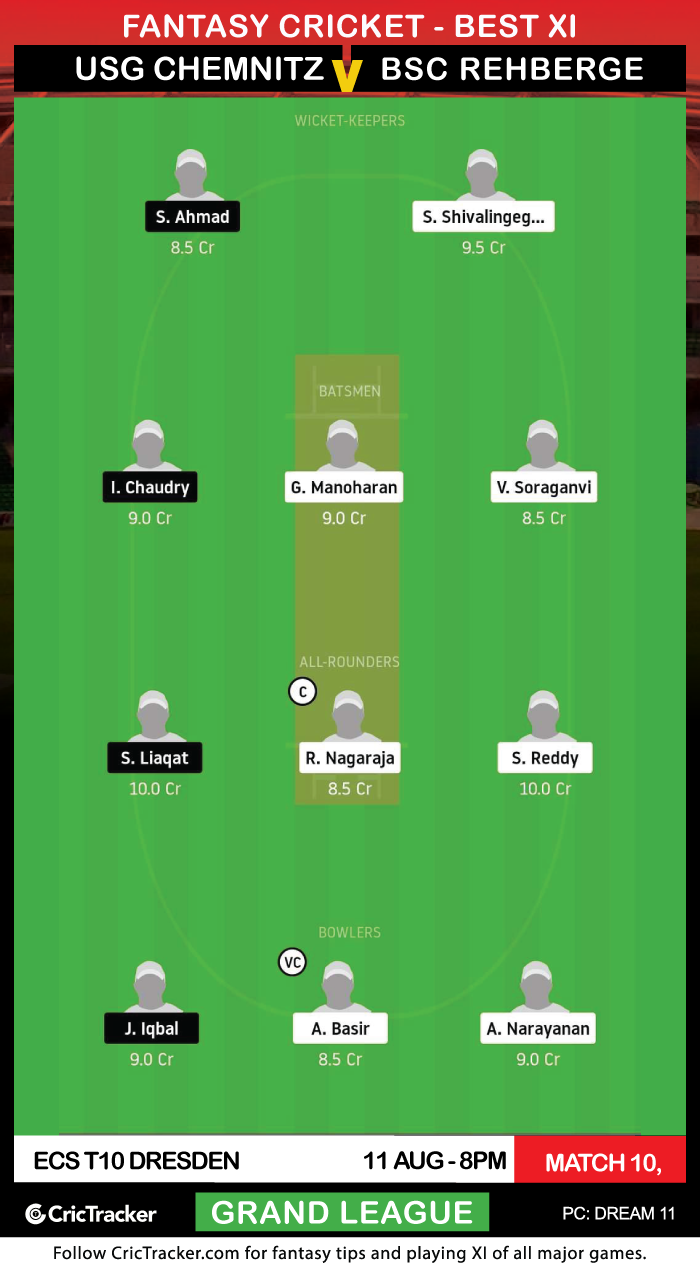 Shahnawaz Ahmad has done really well in 2020, and is a must pick a player in your team, as he has the potential and form to give great returns for an 8.5 points investment.

USG Chemnitz is expected to win this match.