Reuben Davies has been one of the few players from Berlin Eagles who has shown promise in this competition. 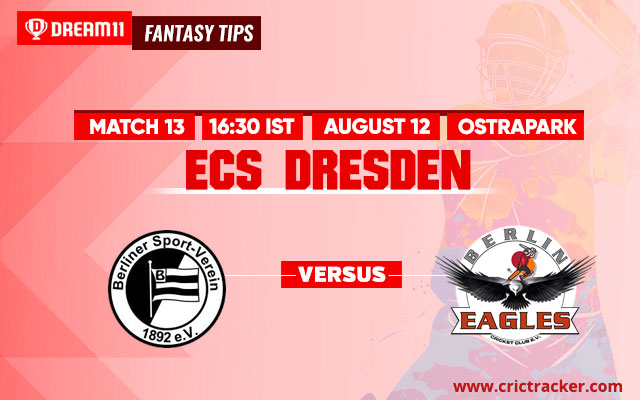 The 13th match of the European Cricket League T10 in Dresden will be played between BSV Britannia and Berlin Eagles Cricket Club at the Ostrapark Ground.

Berlin Eagles CC has struggled to perform well in the ECS Dresden tournament. With six losses in two days, Eagles have proven to be a misfit in this tournament. They will now battle BSV Britannia on day three of the journey.

BSV Britannia is yet to play a game. However, as the Eagles have performed so poorly in the ECS Dresden, they will start as the favorites to win this match. It is worth noting that this will be the third consecutive match featuring BSV Britannia on day 3.

The weather predictions hint that the sky will stay clear in Dresden. The temperature is expected to be around 27 degrees Celsius.

This wicket has assisted the quick bowlers in the competition so far. A score of 90-100 runs seems to be a par total on this pitch.

With 192 runs in four matches, Mohit Negi has been the star batsman for BSV Britannia. He has also scored two half-centuries this year. Hitesh Thakur has had a decent season in 2020. He has supported Sahib Singh well in the bowling department of BSVB, picking up eight wickets. His economy rate of 4.29 makes him a top pick for this contest.

Reuben Davies has been one of the few players from Berlin Eagles who has shown promise in this competition. Davies has an average of 18.3 in three games, with his strike rate being 144.73. 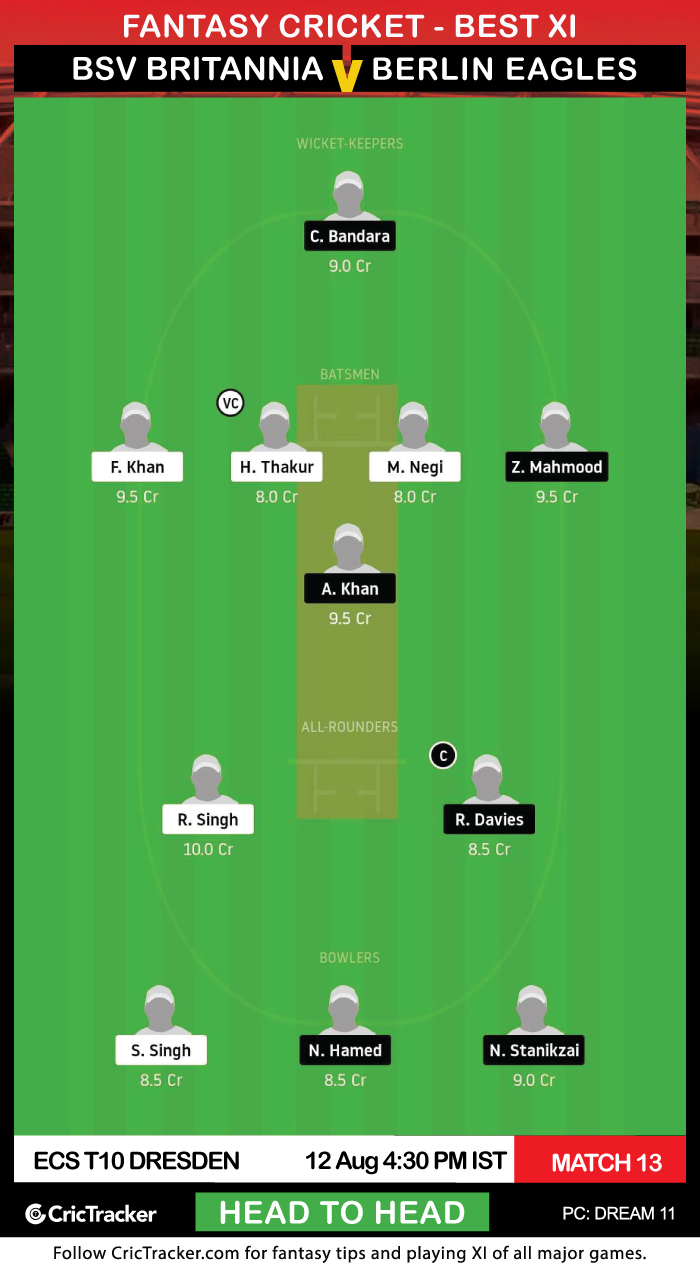 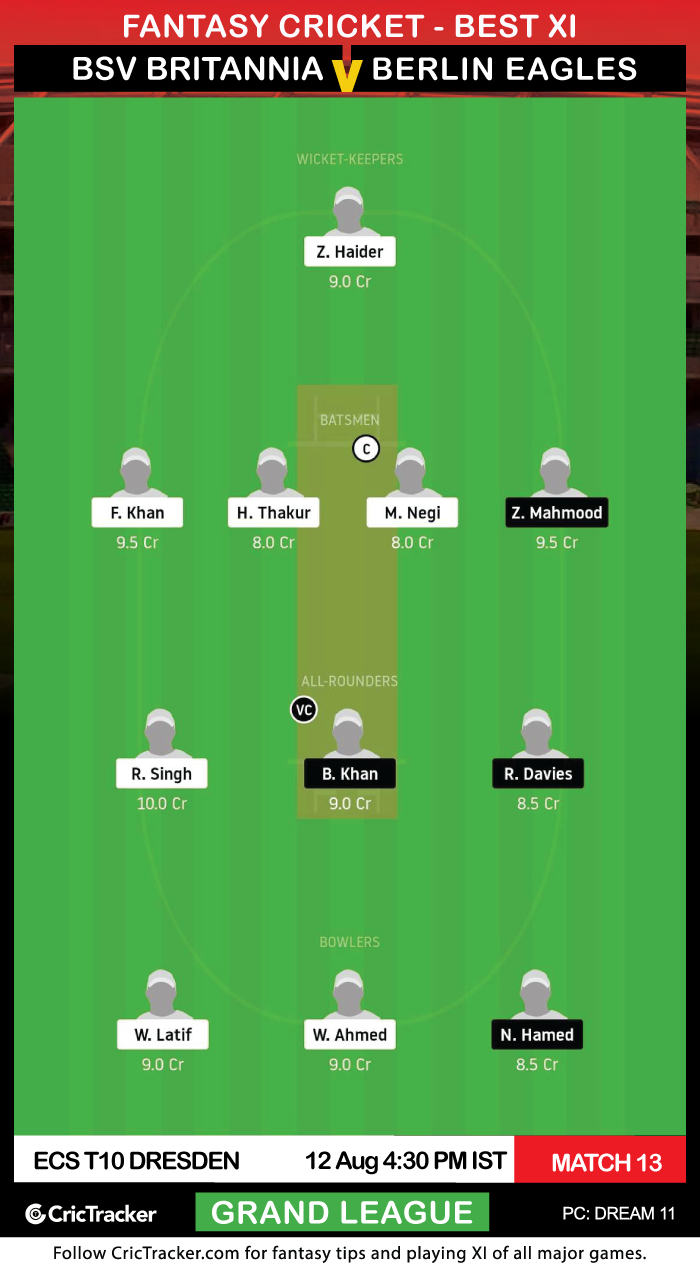 Bashar Khan had performed extremely well in the first match, but his performances have been on a decline after that game. Although he has not been in good touch, it is advisable to pick him in the team because he can score many points with his wicket-taking abilities.

BSV Britannia is expected to win this match.