Although none of the Berlin bowlers could pick up a wicket against Dresden, Bashar Khan had returned with figures of 3/10 against USGC. 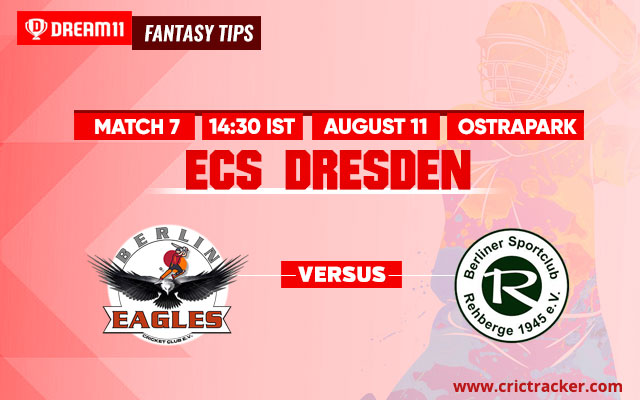 The 7th match of the European Cricket League T10 in Dresden will be played between the BSC Rehberge and Berlin Eagles CC at the Ostrapark Ground.

The ECS Dresden T10 League got underway on Monday. Berlin Eagles CC did not get off to a good start as they lost to USG Chemnitz and RC Dresden. USGC beat them by 20 runs, while the home team thrashed them by 10 wickets.

Eagles will now lock horns with a new opponent on Day 2. In the second match of the day, Berlin will battle the BSC Rehberge team. Berlin’s opponents have not played a single game yet, but seeing how the Eagles performed on Day 1, BSC Rehberge will start as the favourites to win.

The skies will be partly sunny during the afternoon. The temperature will loom around 30 degrees Celsius.

The bowlers have enjoyed bowling on this wicket. The batsmen need to spend some time in the middle before playing the big shots.

Reuben Davies was the top scorer for Berlin Eagles CC in the match against Dresden. He bats at number three and his 19-ball 31 proved that he could score some quick runs for his team.

Wicket-keeper batsman Shahnawaz Ahmad will be the prime pick from BSC Rehberge. He has scored 290 runs in 7 matches this year, hitting 26 fours and 22 sixes. He is the team’s leading run-scorer.

Javed Iqbal will lead BSC Rehberge’s bowling attack. He has picked up 11 wickets in 7 matches and is their highest wicket-taker in 2020. 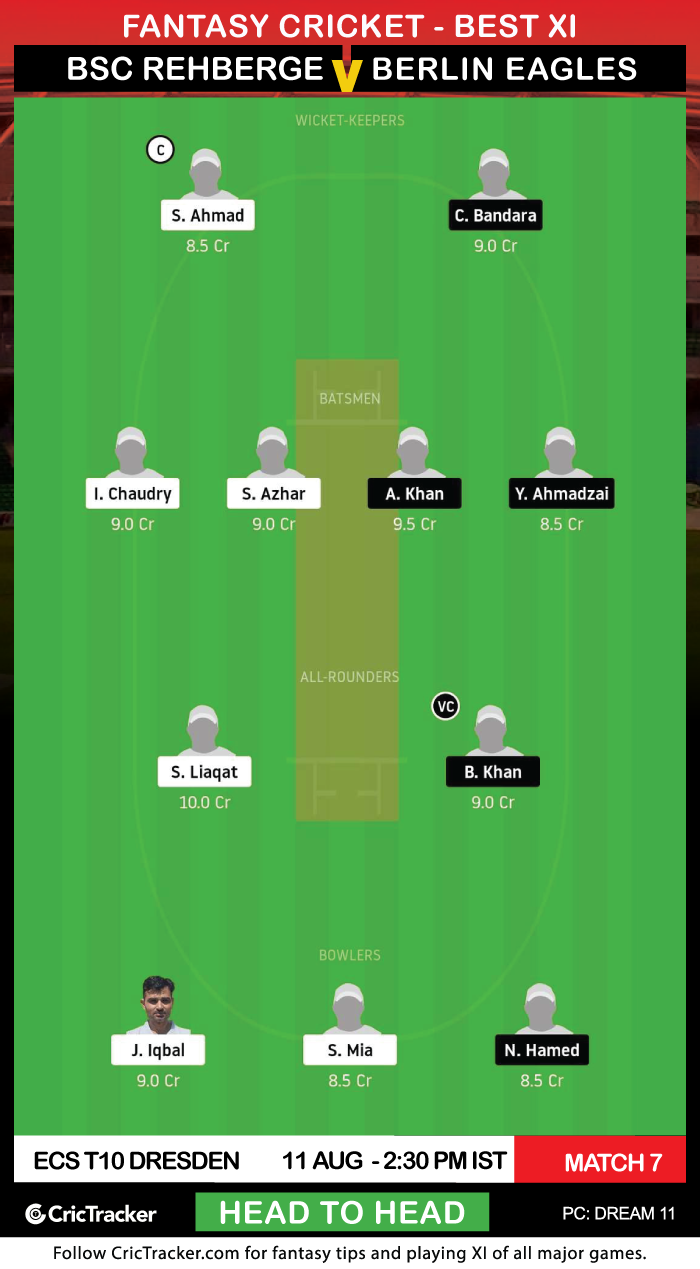 Although none of the Berlin bowlers could pick up a wicket against Dresden, Bashar Khan had returned with figures of 3/10 against USGC. Since he is not so popular a pick on Dream11 for this contest, at the time of writing,  it is advisable to pick him in the team.