Mokhtar Ghulami aggregated 98 runs at a strike rate over 220 and his highest score is an unbeaten 49. 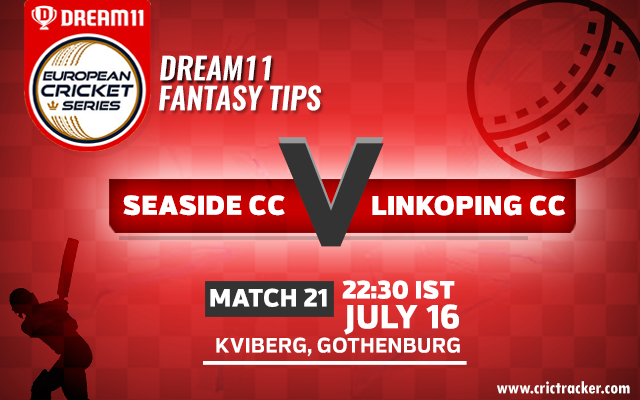 The 21st match of 2020 ECS T10 Gothenburg will be played between Linkoping CC and Seaside CC at the Kviberg in Gothenburg.

Only two teams have been unbeaten in the ECS T10 Gothenburg ahead of the last day of the league stage – Linkoping CC and Seaside CC. The game between these two teams will conclude the league matches on Thursday evening. Seaside CC has won all the five they played till date and will be hoping to make it six in six before the knockouts. The Linkoping CC team got to start their campaign on Wednesday only where they ended up winning all the three matches by a handsome margin.

The match between Linkoping CC and Seaside CC is likely to get completed without any interruptions.

Linkoping CC and Seaside CC have recorded big totals in the tournament and had a run rate over nine in almost all matches they played thus far in the competition. Hence, we can expect both the teams to touch the 100-run mark during the game on Thursday morning.

Mokhtar Ghulami aggregated 98 runs at a strike rate over 220 and his highest score is an unbeaten 49.

Puneeth Ballakuray has an economy rate of 7.16 with the ball across six overs where he bagged three wickets.

Ashiq Hussain has taken three wickets in the three games he played despite conceding runs at 8.5 runs an over.

Arfan Arif has scored 34 runs without getting dismissed and also took two wickets despite going over 10 an over. 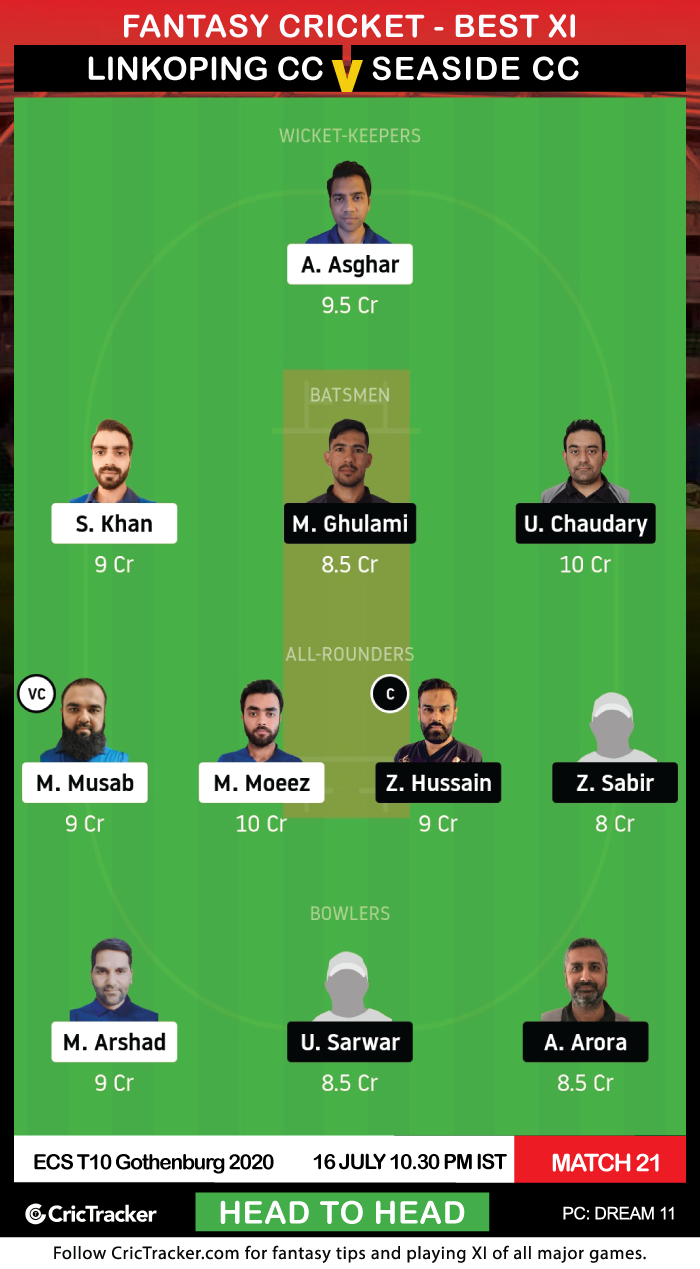 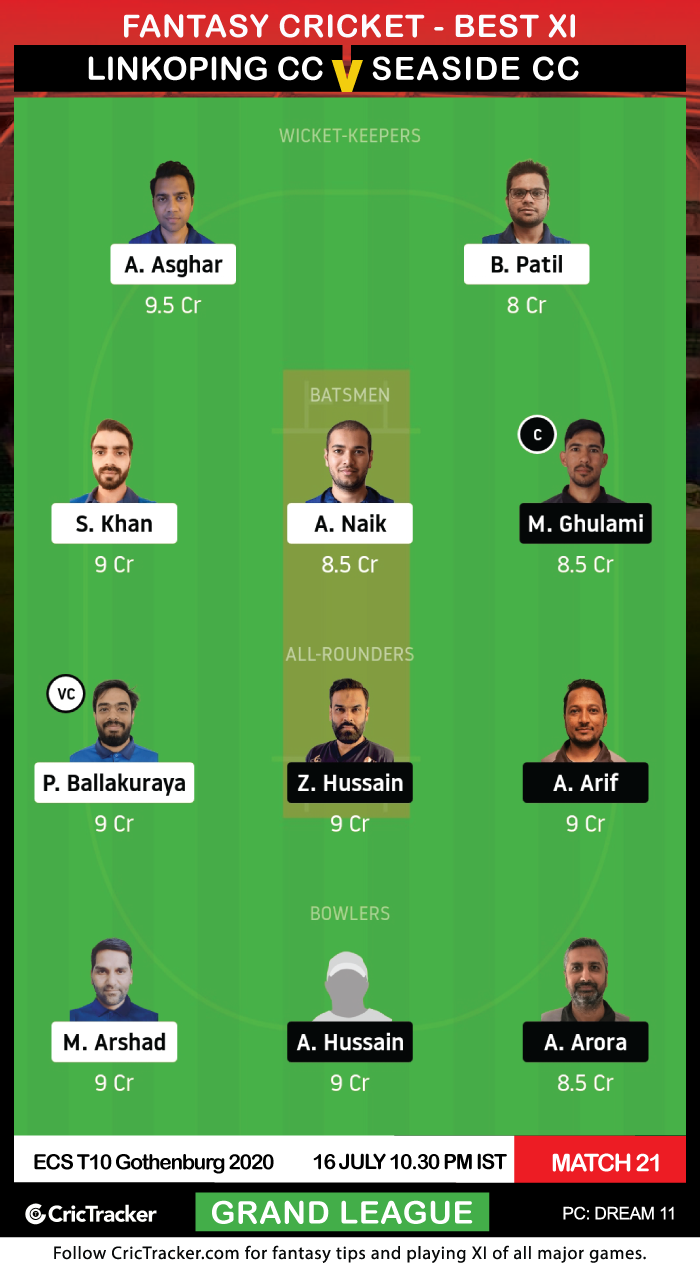 Rubal Pathak scored an unbeaten 39 in the first match of Seaside CC team but played only one since then. As the Seaside team won all their five matches in this tournament, it is unlikely to see them fielding their main players including Pathak. Don’t be surprised if top performers of the Seaside go missing from this match.

Linkoping CC could be seen winning against the Seaside CC team in a thrilling fixture.