Waleed Ilyas has picked up as many as 16 wickets in the eight domestic matches with help of a 5-wicket haul. 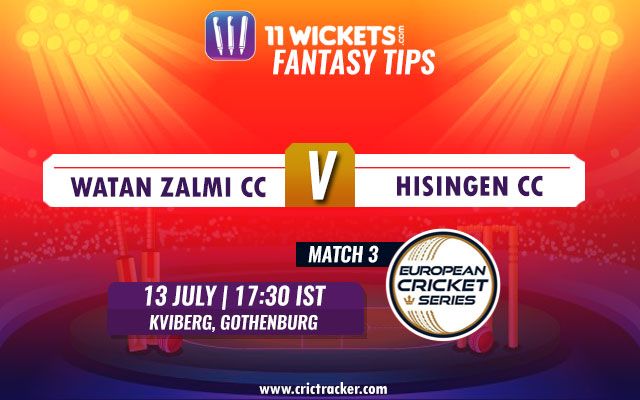 The 3rd match of 2020 ECS T10 Gothenburg will be played between Hisingen CC and Watan Zalmi CC at the Kviberg in Gothenburg.

Hisingen CC will kick start their campaign in the Gothenburg T10 as they take on the Watan Zalmi CC during the game scheduled to start at 2 PM local time on Monday. Hisingen CC will be involved in back to back matches as they face Almhult CC in the evening. The campaign of Watan Zalmi starts during the 12 PM game against the Almhult CC. The likes of MD Nabil, Niaz Mohammad, S.Abdul Haq and Waleed Ilyas are likely to be among the top-performers for the Almhult CC on Monday.

The majority part of the game to be played in the afternoon is likely to be under clouds.

The Kviberg in Gothenburg seems to have shorter boundaries especially in front of the wicket. This could help the chasing teams especially in pursuit of big targets. However, the batsmen need to be tight enough to clear the square boundaries.

MD Nabil claimed as many as 19 wickets in the 16 domestic T20s at an economy of seven where he also scored 199 runs.

Waleed Ilyas has picked up as many as 16 wickets in the eight domestic matches with help of a 5-wicket haul.

Fareed Mohammed has only four wickets in the eight domestic T20s he played but aggregated 96 runs at an average of 16 at the same time.

Bharat Konka has picked up seven wickets across the seven domestic T20s including a 3-wicket haul last month. 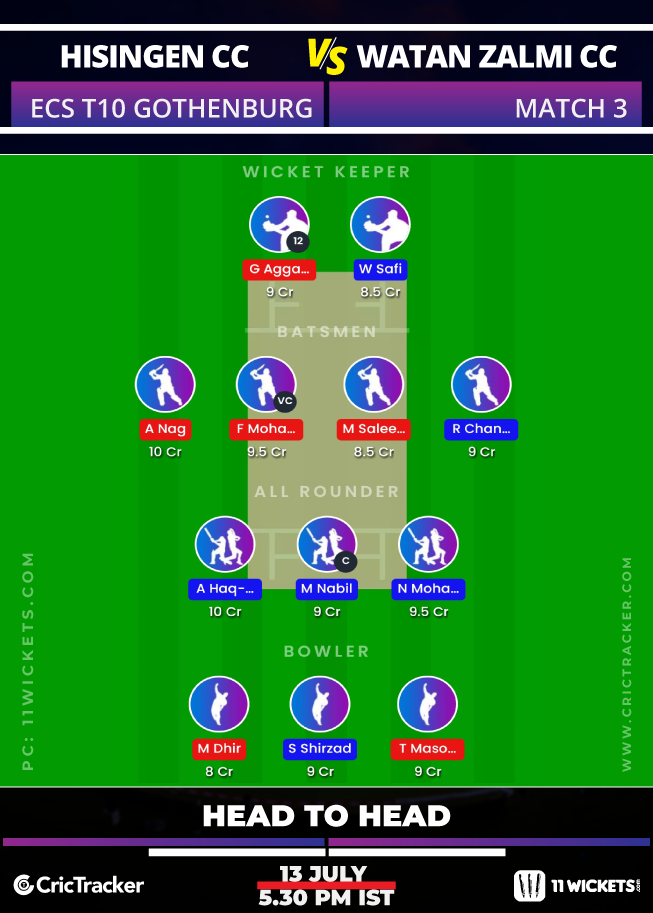 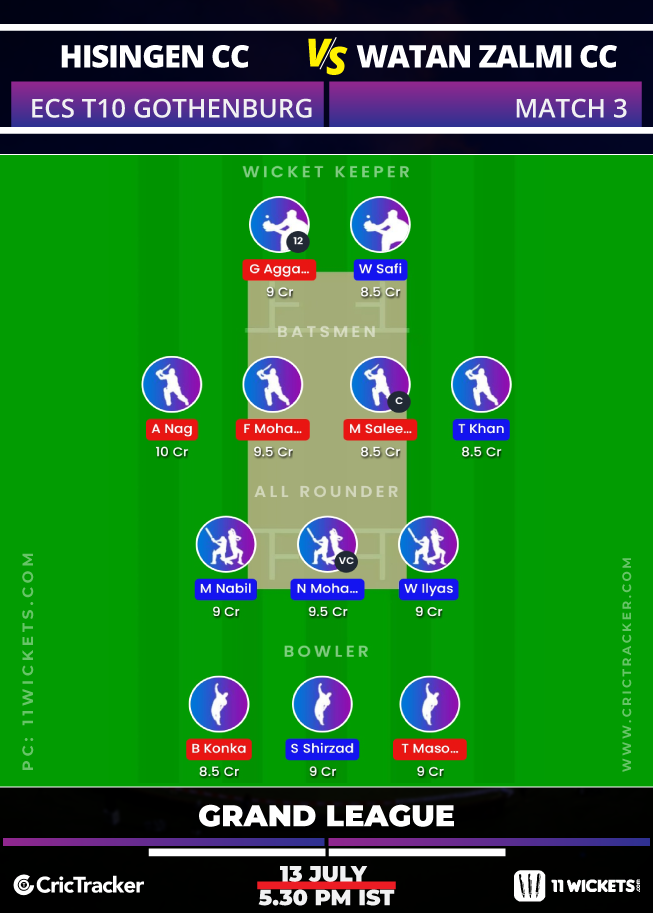 Amit Jain is the costliest all-rounder for this match but we have not picked him even in our probable playing XI. The reason for that is the all-rounder bowled two overs in two different matches where he conceded 34 runs in total without picking up a wicket. He batted once in those two games and ended up with 15-ball 9.

Watan Zalmi CC is expected to register a close win against the Hisingen CC.