Amit Jain is his team’s leading run-scorer and joint-highest wicket-taker with 34 runs and 4 wickets respectively. 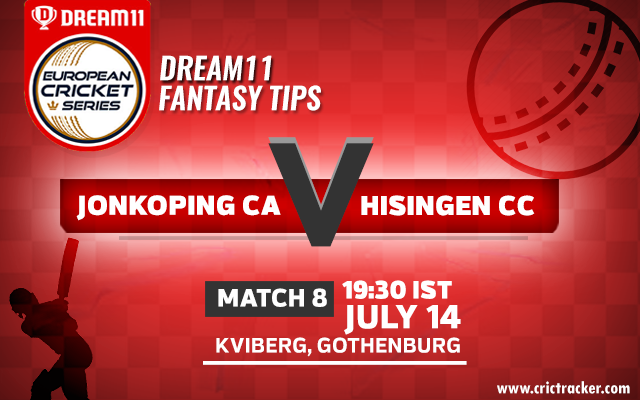 The 8th match of 2020 ECS T10 Gothenburg will be played between Jonkoping CA and Hisingen CC at the Kviberg in Gothenburg.

Jonkoping CA will kick start their campaign in the ECS T10 Gothenburg on Tuesday after getting a rest day on Monday. The Jonkoping team will play as many as three matches through the day which starts with the matches against Seaside CC and Watan Zalmi CC. The tiresome day will come to an end when they take on the Hisingen CC during the game at 4 PM. The Hisingen team played two matches on Monday – against Watan Zalmi which they lost by 13 runs and against Almhult CC which they won by six wickets.

The match between Jonkoping CA and Hisingen CC is likely to be interrupted due to heavy showers.

The Kviberg in Gothenburg did not witness many big totals on Monday which could be due to the weak batting line-ups of the teams that are part of the tournament. The size of boundaries is reasonable for big hits and the ball does finds the fence if timed properly.

Amit Jain is his team’s leading run-scorer and joint-highest wicket-taker with 34 runs and 4 wickets respectively.

Praveen Kumar gave away just 18 runs in the four overs he bowled alongside picking up a wicket. He also scored 26 runs at a strike rate of 130.

Samiullah Ibrahimkhil played only five domestic T20s but has bagged ten wickets and also scored 88 runs with help of a fifty. 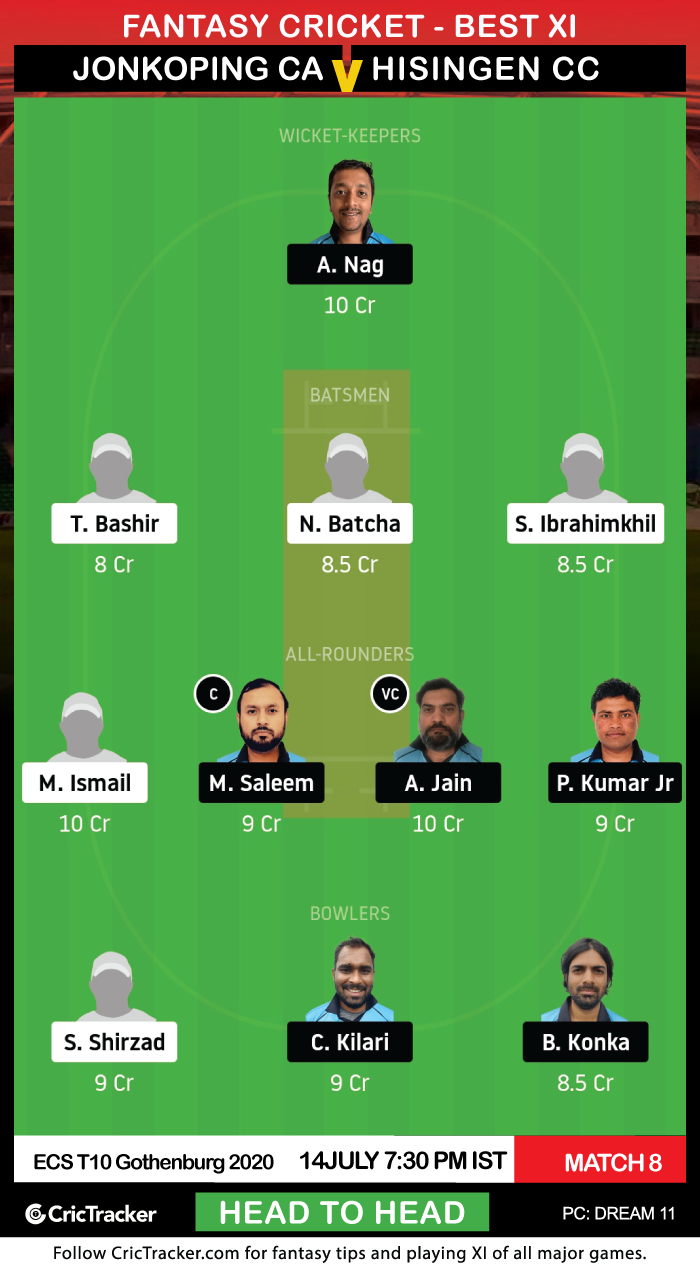 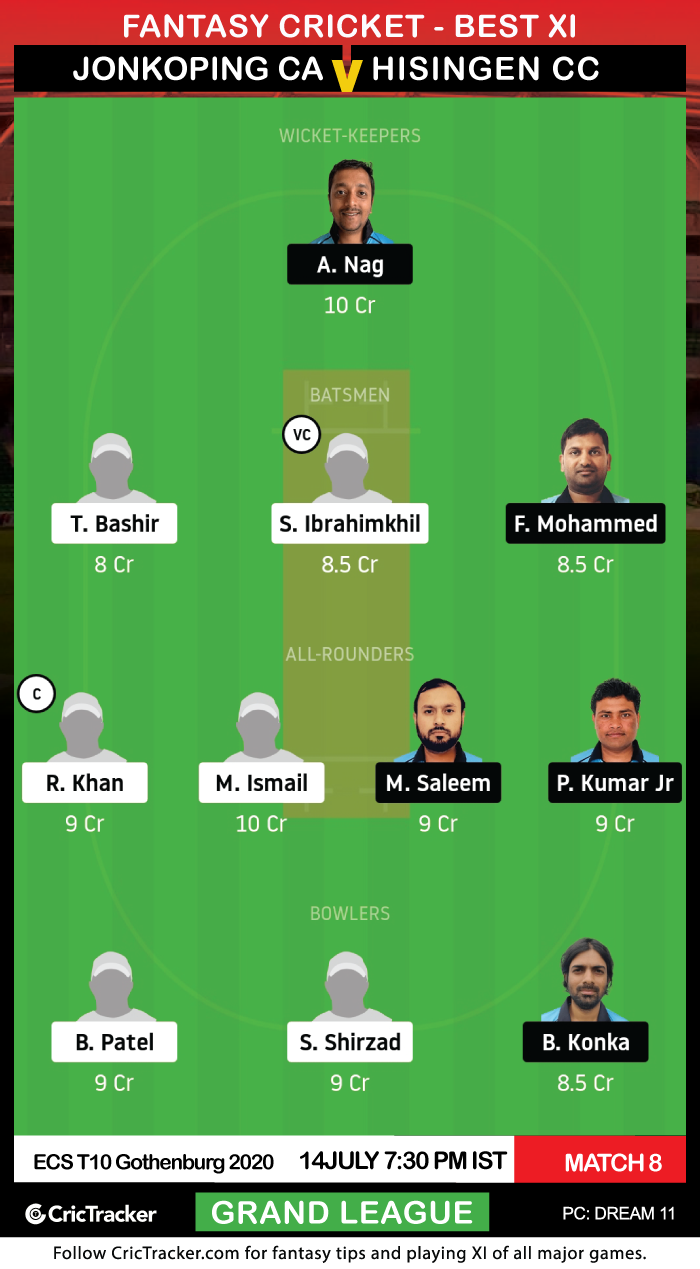 Jonkoping CA will play as many as three matches on Tuesday after not playing any matches on Monday. Hence, it will unpredictable about the line-up that Jonkoping will field especially after playing two matches by evening.

Jonkoping CA is likely to end Tuesday with a narrow victory against the Hisingen CC.