Adeel Ahmad has been the preferred option to make captain in Fantasy.

The first semi-final of the ECS T10 Kummerfeld, 2020 will be played between PSV Hann Munden and KSV Cricket at the Kummerfeld Sport Verein in Kummerfeld.

Rain is in the forecast on Friday in Kummerfeld. There is 15% chance of the heavens opening up but it shouldn’t worry the teams. The temperature will hover around 13-15 Degrees Celsius.

It has been a belter of a wicket to bat on as the targets of over 100 runs have been chased comfortably. The trend should continue for the knockout matches and the final as well.

Adeel Ahmad has been hands down best batsman for the PSV. He has scored 203 runs in five matches at an SR of 2653.75 with a century and half-century to his name. Awal Khan Safi is the next player you should have in your team. He has scored 70 runs in five matches and has picked 7 wickets so far. He is the joint-highest wicket-taker of the team. Nader Khan Rahmany has also picked seven wickets with the ball and has mustered 26 runs thus far.

Gulraiz Mustafa opened the innings in the last match but his main role is with the ball. He has so far picked six wickets and has also scored 60 runs in five matches. Zaheer Khan Jamali and Amin Zadran are the other two bowlers who have picked four wickets each.

For the KSV Cricket, Shoaib Azam has been in brilliant form. He has scored 139 runs with two half-centuries at an SR of more than 200. He has also accounted for a couple of scalps. Mussaddiq Ahmad has emerged as another top pick in the last few matches. He has scored 123 runs in three outings and has also hit two half-centuries. His SR is even better than Shoaib and that is 246.

Asad Jan Dawoodkhel is the highest wicket-taker of the team. He has so far sent back seven batsman back to the hut in five outings and can bat a bit as well. Sultan Sherzad Shah and Iaztullah Dawlatzai are the other best bowlers in the team with five wickets each to their name. 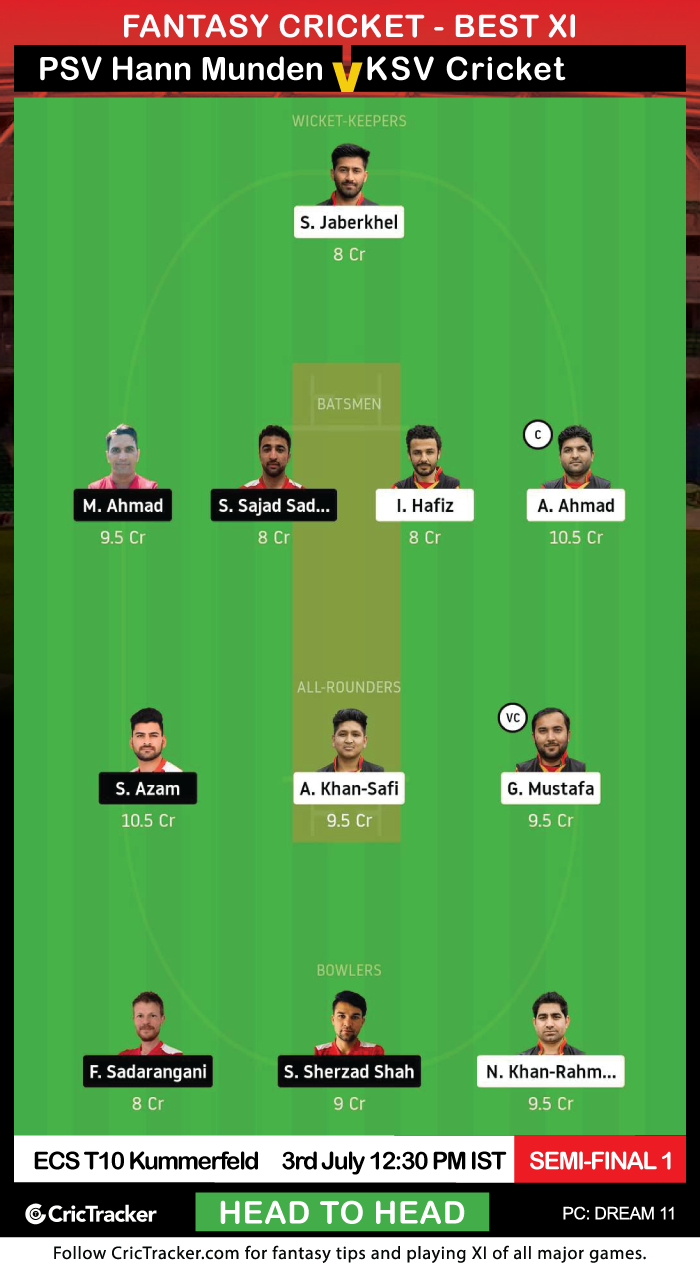 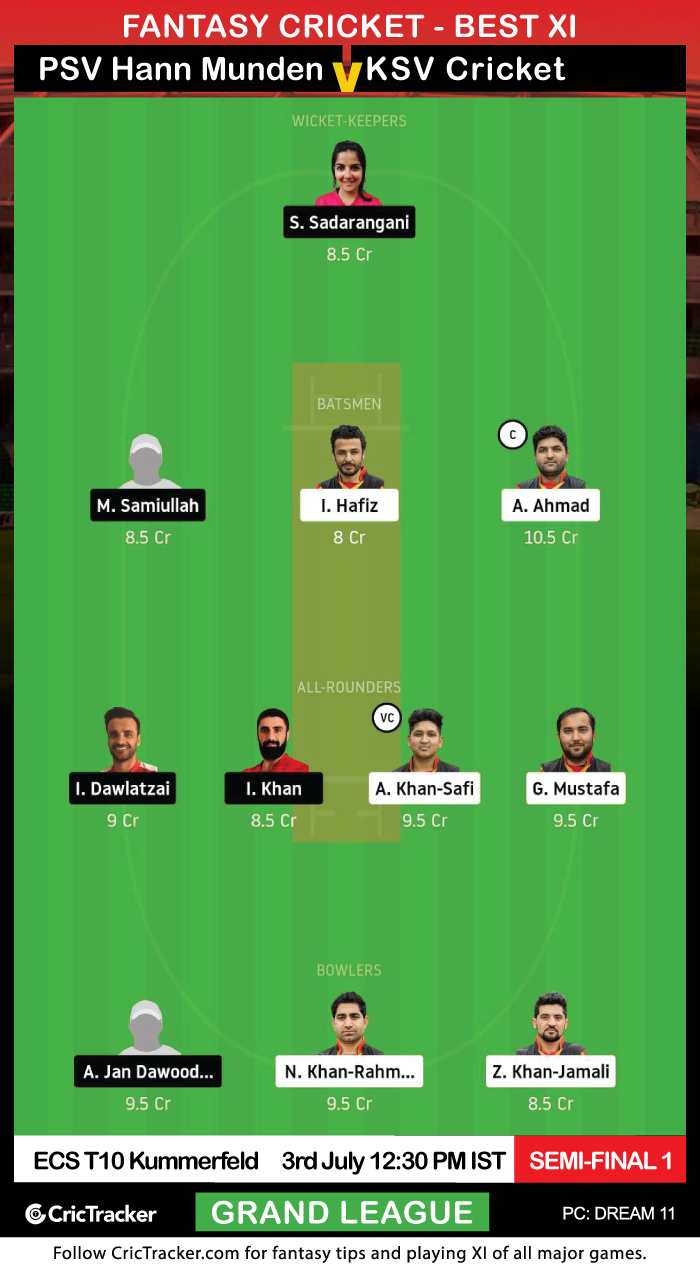 Shoaib Azam hasn’t clicked in the last two matches. But he is a top player. There will be credits issue and not many will make him captain. Go with him as C in your Grand League teams.

PSV Hann Munden is expected to win this match.