Mahesh Badhe gave away only 31 runs in the four overs he bowled and also claimed two wickets.

The 10th match of the ECS T10 Kummerfeld, 2020 will be played between VFB Fallersleben and MTV Stallions at the Kummerfeld Sport Verein in Kummerfeld.

VFB Fallersleben had a horror start to their campaign in the ECS T10 Kummerfeld as they suffered big defeats in all three matches they played on Tuesday. Their total of 77/6 was chased down by KSV Cricket in just 6.4 overs for the loss of one wicket while the SC Europa Cricket took 7.3 overs to chase down a target of 76. Later, they conceded 122 against the PSV Hann Munden and bowled out for 47 in reply. The VFB team, in their 4th match of the league phase, will play against the MTV Stallions on Wednesday.

The match between VFB Fallersleben and MTV Stallions is likely to be affected by light rain.

The Kummerfeld Sport Verein is expected to witness showers on Wednesday but the pitch might not be affected due to the downpour. However, the outfield could take a beating and hence, the Wednesday’s matches could witness more sixes than fours.

Suraj Lal Putta Motilal scored 30 runs including a 20-run knock across two matches at a strike rate of 176.47 with help of five boundaries. Basit Orya scored 20 runs in one match and bagged a duck in the other. Orya conceded 28 runs in the three overs he bowled and also picked up a wicket. Satish Kumar Muthyala scored 51 runs across three matches with a best of 22. He was quite expensive with the ball despite which he picked up a wicket. Mahesh Bande gave away only 31 runs in the four overs he bowled across three matches and also claimed two wickets. 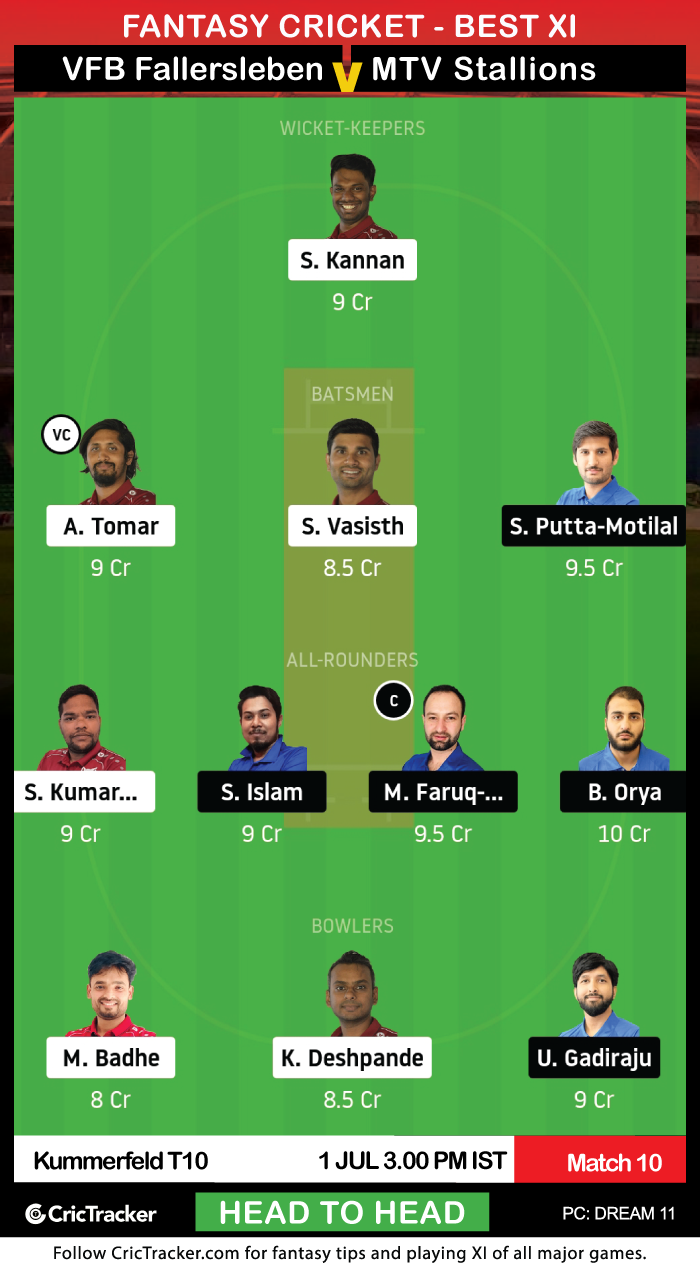 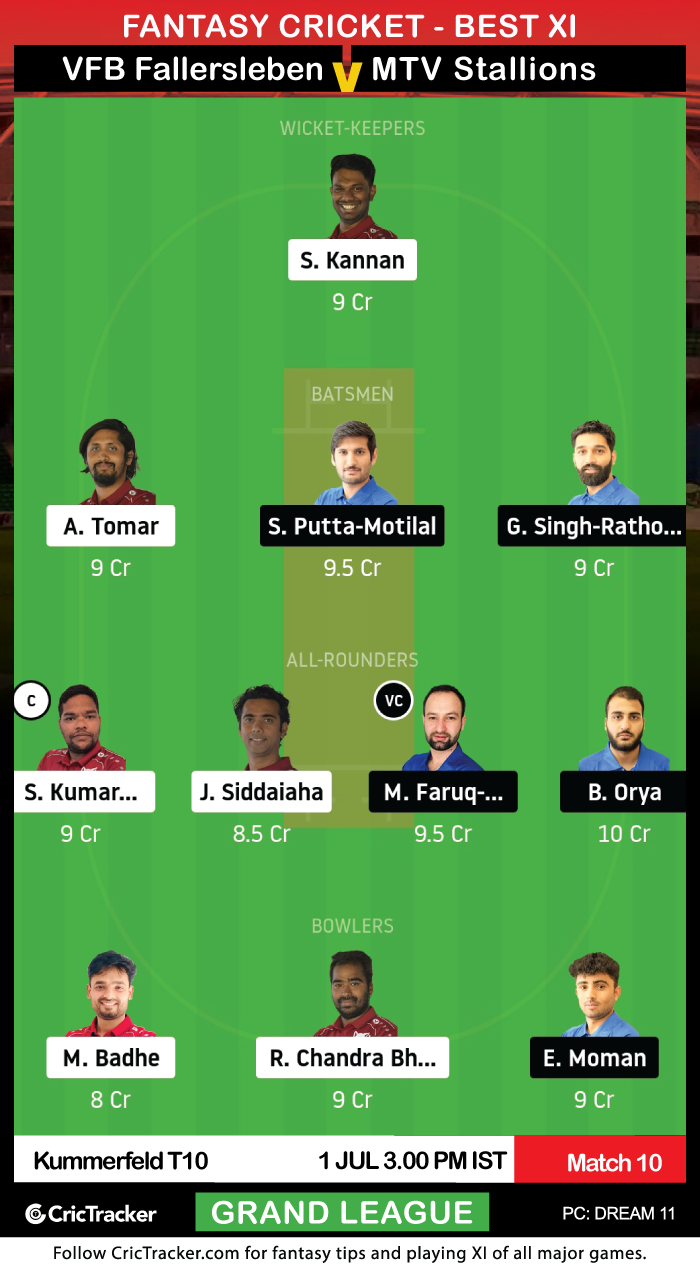 The VFB Fallersleben played all the three matches on Tuesday with the same playing XI despite registering big defeats. It is unlikely to see them making any chances for the game on Wednesday which is a do-or-die match for them. Moreover, the 11 players fielded by Fallersleben were the best available options from their squad.

MTV Stallions are likely to thump the VFB Fallersleben quite comfortably on Wednesday.