The 11th match of the ECS T10 Kummerfeld, 2020 will be played between MTV Stallions and SC Europa Cricket at the Kummerfeld Sport Verein in Kummerfeld.

The SC Europa Cricket began their campaign in the ECS T10 Kummerfeld on Tuesday and will be part of two more matches on Wednesday. They will face MTV Stallions in the 2:00 PM local time match after facing the KSV Cricket in the morning. The MTV Stallions will finish off their league phase matches on Wednesday as they face VFB Fallersleben and KSV Cricket in the 11:30 AM and 4:30 PM matches. Both SC Europa and MTV Stallions have won one of the two matches they have played thus far.

The Kummerfeld Sport Verein is expected to light rain or witness showers on Wednesday afternoon.

There have been four totals of 100+ runs across eight matches thus far including three of them on Monday. There is a possibility of MTV Stallions getting one such total on Wednesday if they bat first but same can’t be said if SC Europa Cricket will get to bat first. 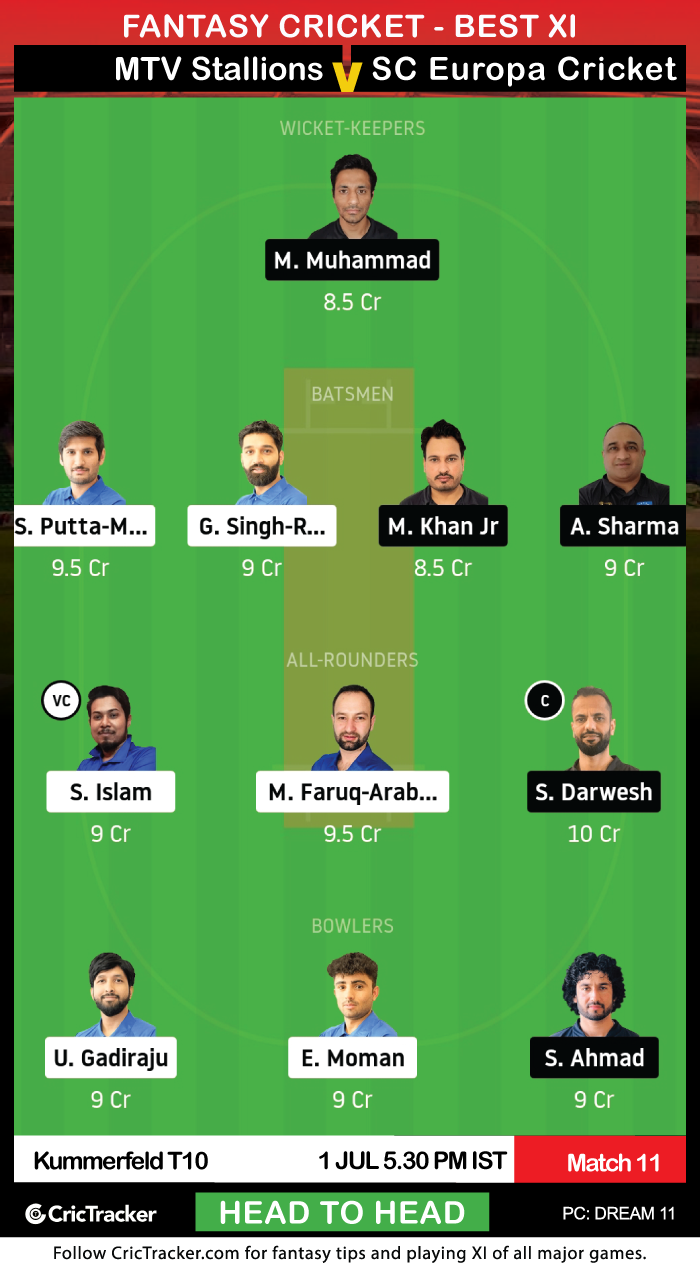 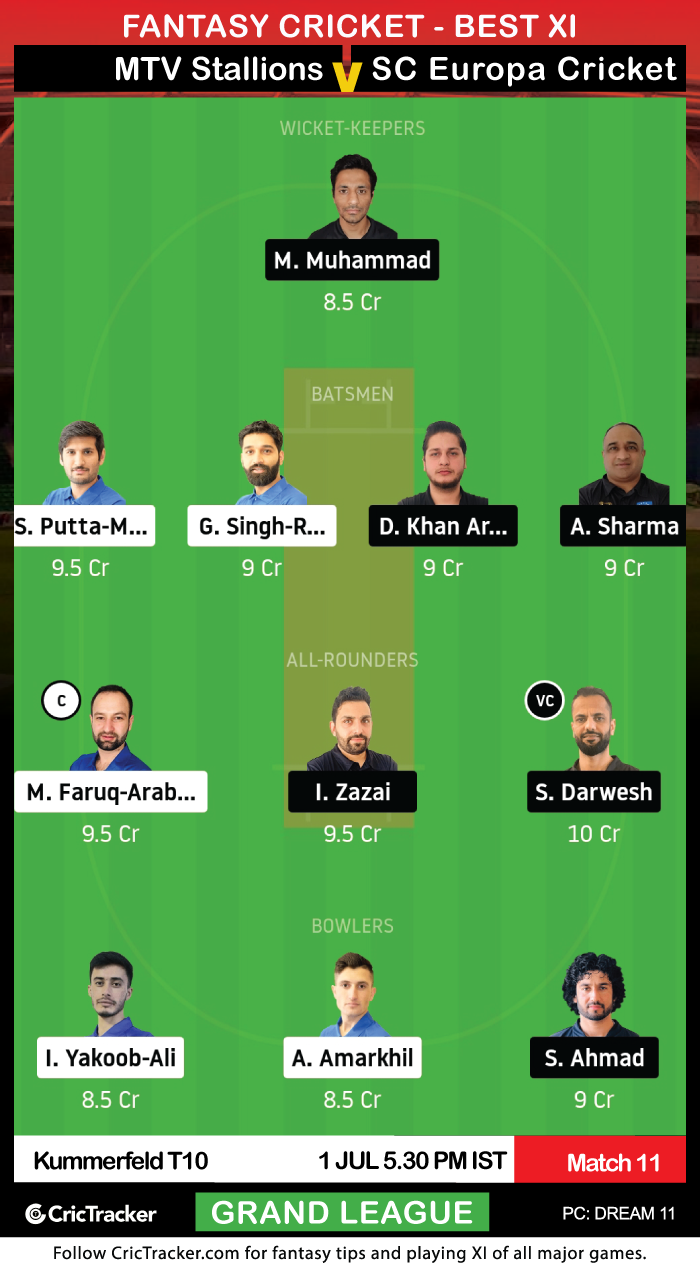 The SC Europa Cricket played two matches on Tuesday after serving a rest day on the opening day of the tournament. They will be playing two more games on Wednesday afternoon. The SC Europa won one and lost one among the two matches they played. Hence, their strategy behind team selection decisions is likely to be unpredictable.

MTV Stallions are expected to thump SC Europa Cricket by a fair margin.