The 12th match of the ECS T10 Kummerfeld, 2020 will be played between KSV Cricket and MTV Stallions at the Kummerfeld Sport Verein in Kummerfeld.

MTV Stallions will play as many as three matches on Wednesday in the ECS T10 Kummerfeld which will conclude their league phase matches. The Stallions currently stand at No.5 in the points table due to their poor NRR but have won in one of the two matches played. They need to win at least two of the three matches on Wednesday to finish in top four and enter the knockouts. The last game of the Stallions will be against the home team KSV Cricket who can be a tricky opponent for them.

The game between KSV Cricket and MTV Stallions is very likely to be troubled by the rain.

The 4th match on both Monday and Tuesday witnessed big scores hinting at the long-lasting of the playing surface without any damage. The trend is expected to continue with both KSV and MTV teams have good batting line-ups.

Mohammad Faruq Arabzai recorded scores of 31 and 23 in two matches and also claimed two wickets at an economy rate under eight. Asad Jan Dawoodkhel took three wickets in the three overs he bowled across the two games while conceding only 17 runs. Izatullah Dawlatzai conceded only 27 runs in the four overs he bowled thus far where he scalped three wickets as well. Saidul Islam bagged two wickets across the two matches he played. He bowled three overs in those two games conceding runs at an economy rate little under ten. 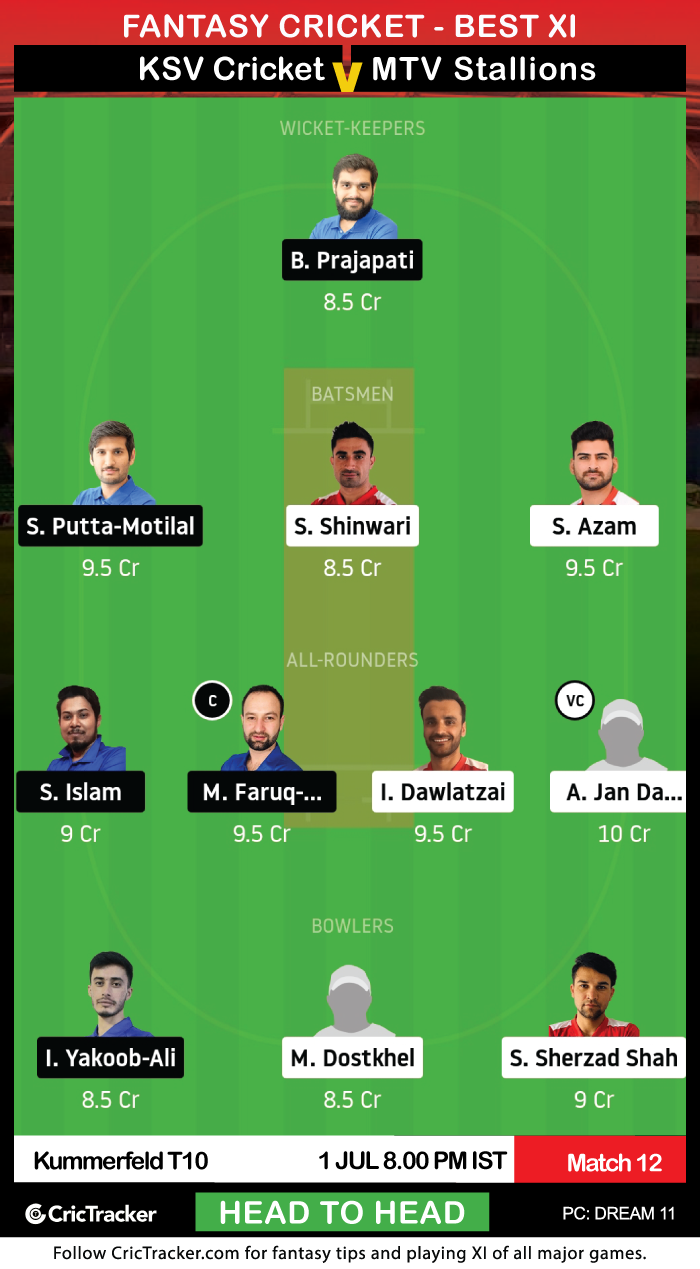 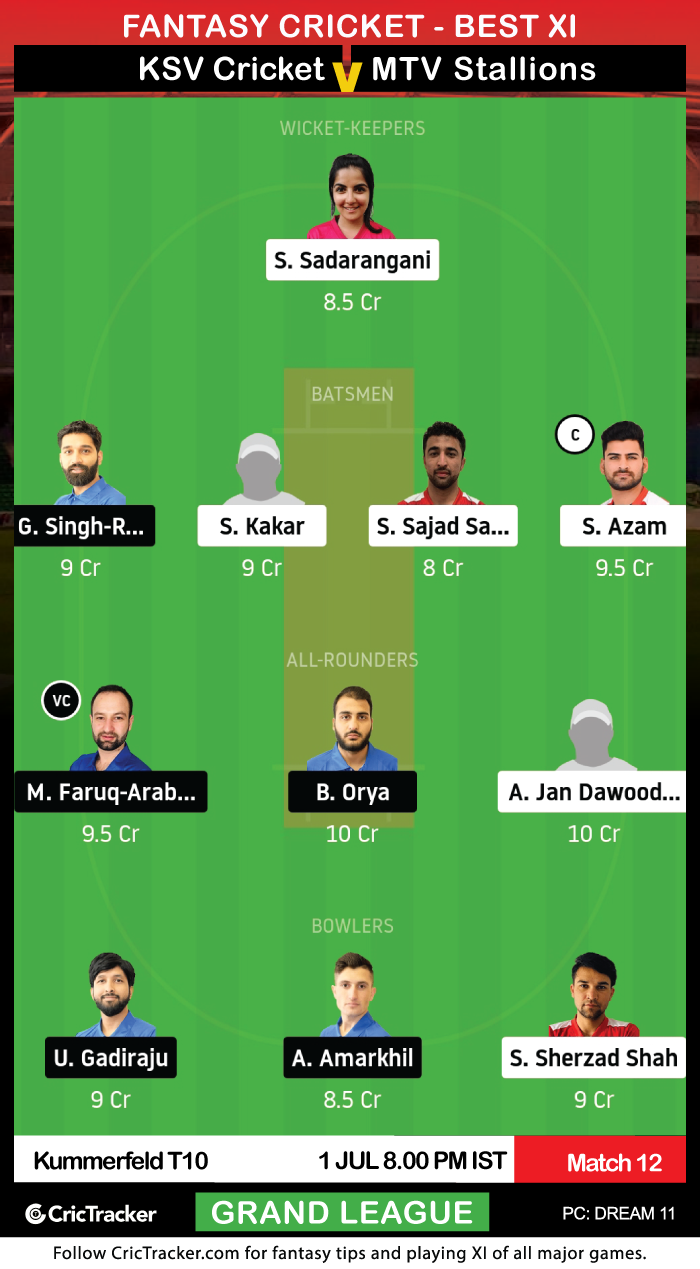 The wicketkeeper of KSV Cricket is a Women’s cricketer Sharaanya Sadarangani. She batted during Monday’s match and bagged a 5-ball duck while batting at No.11. However, in the two games, she has claimed a total of three catches. Hence, she can be picked in the fantasy team purely based on her keeping skill and lack of alternatives.

The KSV Cricket is expected to go down fighting on Wednesday evening against the MTV Stallions.