Amin Zadran claimed as many as six wickets during the Hannover T10 where he had an economy of only 7.25 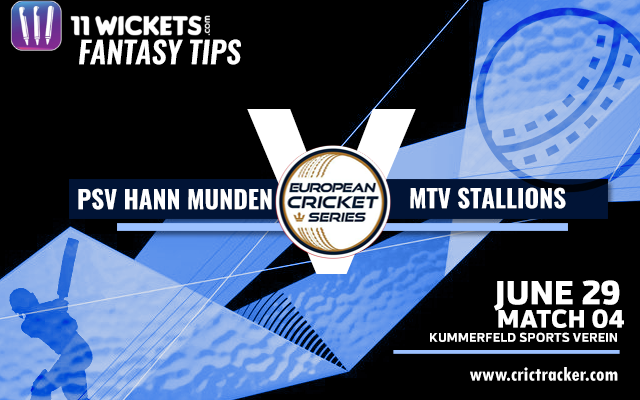 The 4th match of the ECS T10 Kummerfeld, 2020 will be played between MTV Stallions and PSV Hann Munden at the Kummerfeld Sport Verein in Kummerfeld.

MTV Stallions and PSV Hann Munden will clash off in the last match on Monday in the ECS T10 Kummerfeld. This game will put an end to the busy day of PSV Hann Munden who take on KSV Cricket and SG Findorff E.V respectively in the matches starting at 9 AM and 2 PM local time before facing the Stallions. On the other hand, the MTV team will be part of the afternoon match against SG Findorff E.V. The Stallions won over the PSV team during the Hannover T10 League quite comfortably.

The match between MTV Stallions and PSV Hann Munden is unlikely to get troubled by the rain.

If the Kummerfeld Sport Verein is going to prepare a matting track, we might not see much turn and help for the spinners as expected during the evening matches in this tournament. 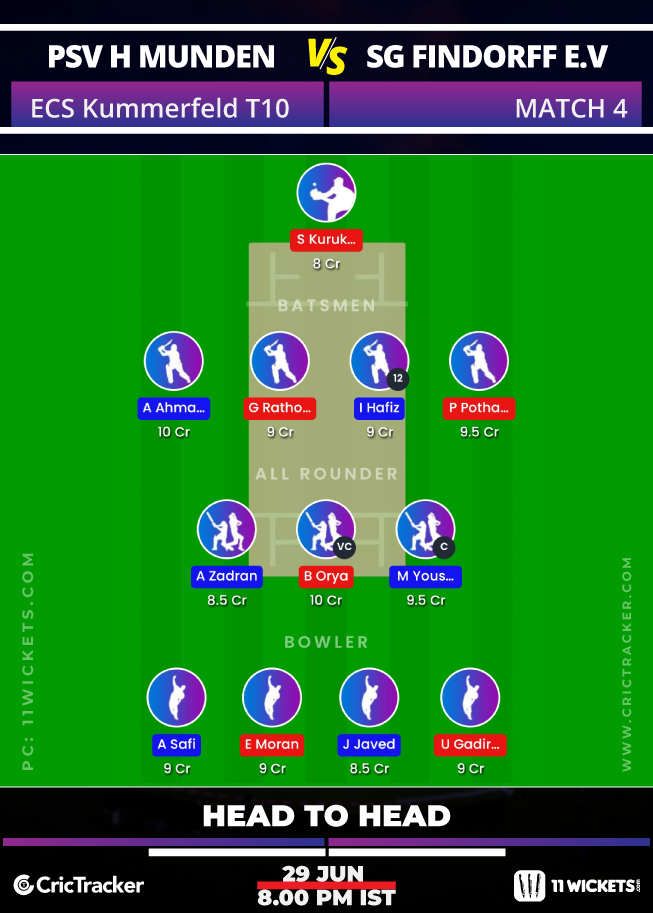 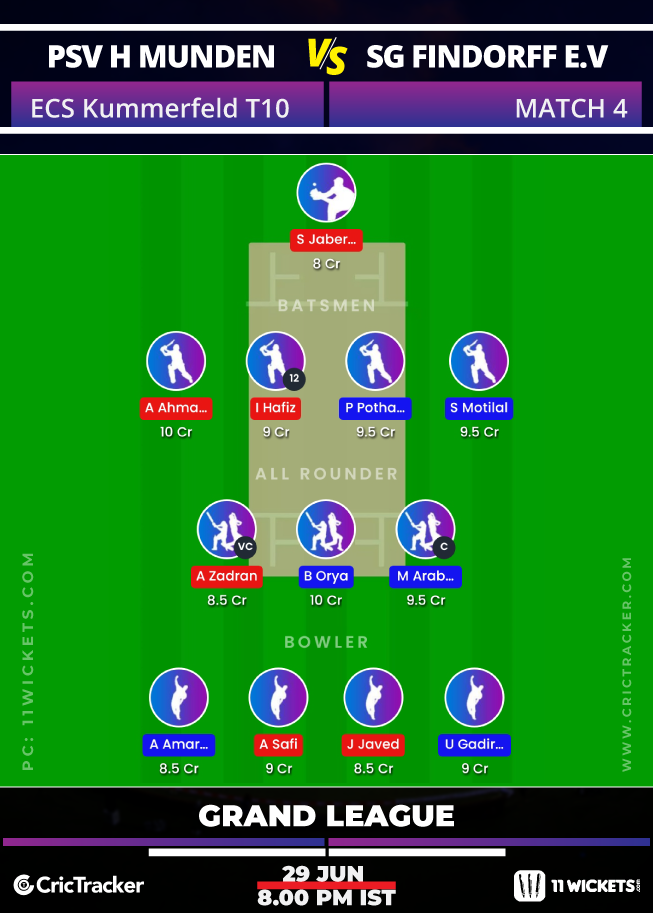 The PSV Hann Munden will play two matches on Monday before facing MTV Stallions. Hence, they could be down to managing workload and giving importance to the fitness of the players. In such a case, we could expect them to make a handful changes depending on the first two matches.

MTV Stallions are expected to get the better of PSV Hann Munden on Monday evening.