Nader Khan-Rahmany claimed four wickets across the three games conceding only 39 runs in the 5.5 overs he bowled. 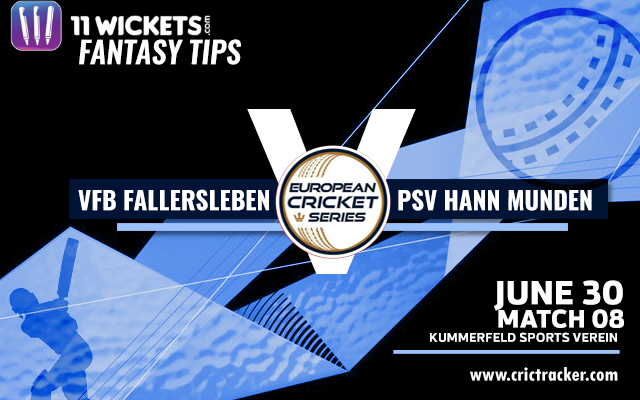 The 8th match of the ECS T10 Kummerfeld, 2020 will be played between PSV Hann Munden and VFB Fallersleben at the Kummerfeld Sport Verein in Kummerfeld.

The PSV Hann Munden will take on the VFB Fallersleben in the Kummerfeld T10 league during a crucial evening fixture on Tuesday. It will bring an end to a tiring first day of Fallersleben who play three matches on Tuesday. The VFB has to do well in those three games or else would be left to perform in a do-or-die situation. Interestingly, this match will also mean the end of PSV Hann Munden in the league stage. A win against SC Europa or VFB Fallersleben will take them through to the knockouts.

Clouds are expected to surround the Kummerfeld in the evening without any rainfall.

A matting track is used at the Kummerfeld Sport Verein which doesn’t gets affected by continuous matches. Hence, PSV Hann Munden and VFB Fallersleben are expected to post big totals.

Adeel Ahmad scored 123 runs across three innings which includes an unbeaten 119 during the successful 147-run chase which came with the help of 13 sixes. Nader Khan-Rahmany claimed four wickets across the three games conceding only 39 runs in the 5.5 overs he bowled. Zaheer Khan-Jamali conceded 54 runs in the five overs he bowled across the three matches on Monday but returned four wickets at a strike rate of 7.5. Gulraiz Mustafa took three wickets and also scored 19 runs with a best of 18 during the three matches he played on Monday. 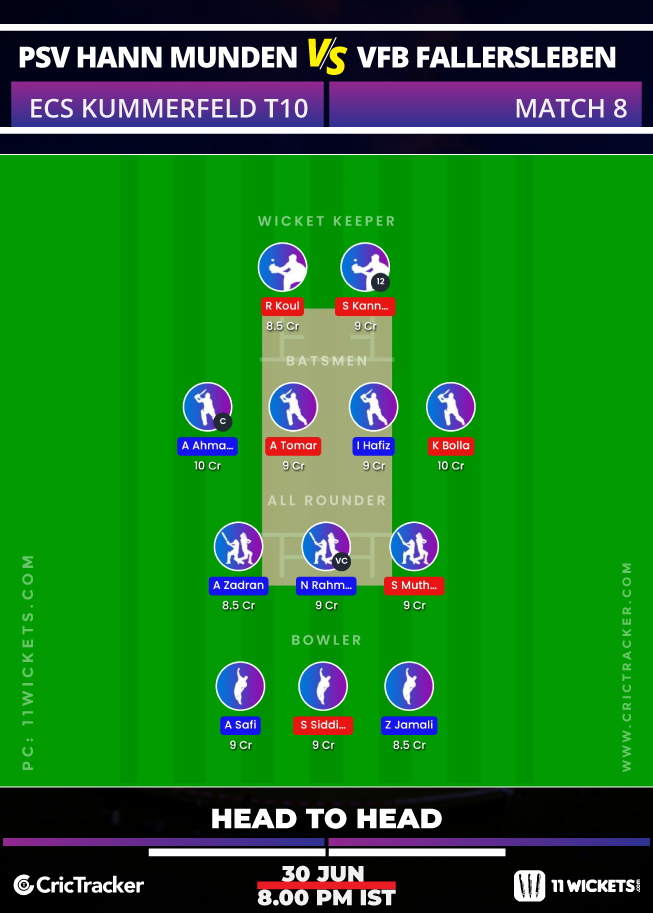 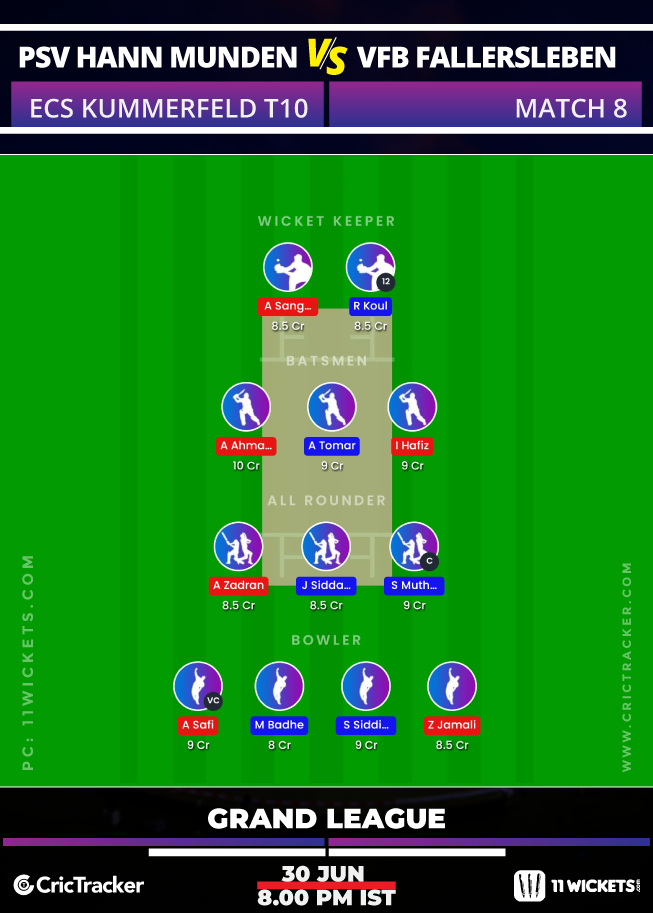 VFB Fallersleben will be playing as many as three matches on Tuesday. Hence, it is usual practice of the teams to rest some of their players to ensure they don’t play too much and get drained. If they win their first two matches, they could well take the risk of resting some of the impactful players as well.

The PSV Hann Munden is likely to defeat VFB Fallersleben by a narrow margin.