Ali Abbas is well known for his big-hitting skills as he has a strike rate of 167.5 in Swiss domestic T20s.

The 4th match in the ECS T10 St Gallen, 2020 will be played between Zurich Crickets CC and St Gallen CC at the Grundenmoos in St Gallen.

The Zurich Crickets CC will play a total of three matches on Monday in the ECS T10 St Gallen while two teams do not even get to play with one game on the first day of the competition. St Gallen will face Olten CC before this match. The tiring day of Crickets CC starts with a Zurich-derby against the Nomads CC. Their match scheduled for 3 PM local time against St Gallen CC will be their second of the day. The day will finally come to an end for the Crickets CC when they take on the Winterthur CC in the 5 PM local time game.

The game between Zurich Crickets CC and St Gallen CC will be played under clear skies.

A maximum of 60 overs of play would have happened on the pitch at the Grundenmoos before the match between Zurich Crickets CC and St Gallen CC. However, the pitch used for the tournament is a synthetic mat and it is unlikely to get affected by the continuous matches.

Ali Abbas is well known for his big-hitting skills as he has a strike rate of 167.5 across 55 T20s in Switzerland domestic cricket. He scored 1288 runs around 25 batting average with two hundreds and six fifties. Dayn Pariaug is a decent all-rounder who is more of a specialist bowler. Dayn has featured in 33 T20 games in Switzerland domestic cricket where he bagged 29 wickets with his tight bowling.

Nawroz Jabarkheel will be a budget pick in the fantasy team as he has claimed 17 wickets across 29 domestic T20s. Jabarkheel also has the ability to score quick runs when the situation arises. Baljit Singh is a pretty handy batsman as he scored 606 runs across the 17 domestic T20 games. Baljit scored those at an average of 35 with help of two hundreds and two fifties. 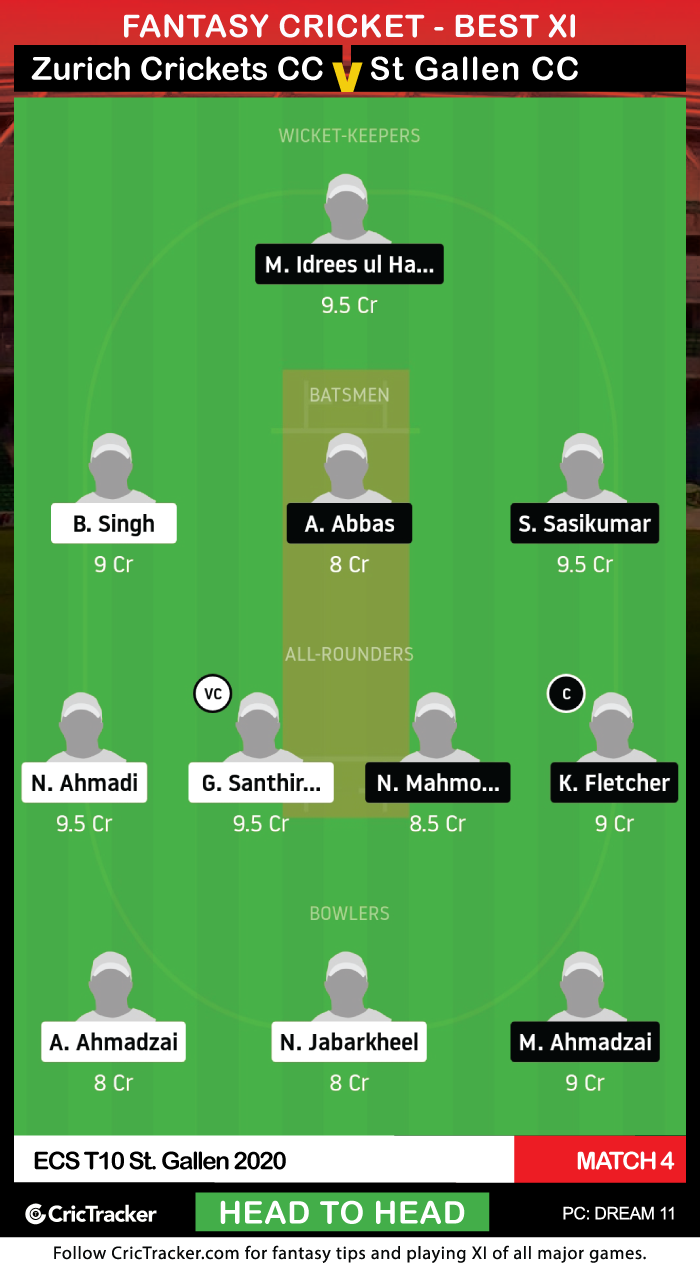 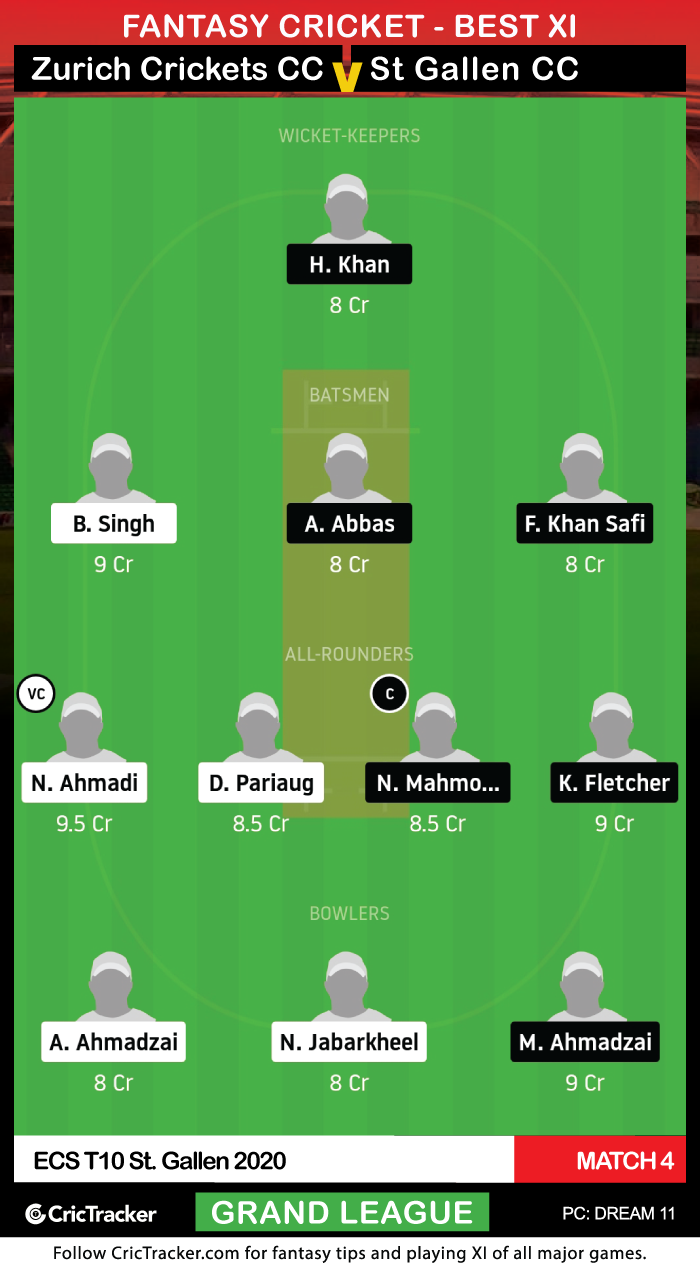 Mohamed Nasim’s capability seems to be undermined which makes him a deferential pick. Nasir scored close to 500 runs at a decent average and strike rate and also claimed 52 wickets across 45 matches in Switzerland domestic T20 cricket at an average well under 20.

Zurich Crickets CC is expected to edge past St Gallen in a thriller.