Chandan Khatri has scored 88 runs at an average of 44 and a strike rate over 150. 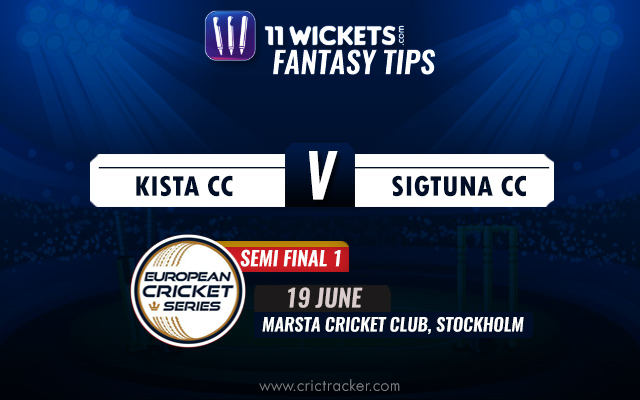 The ECS T10 Stockholm 2020 comes down to the knockout stage as the Kista Cricket Club and Sigtuna CC will face off in the first semi-final on Friday morning. The Kista team finished as the table-toppers having won five matches including two of three they played earlier on Thursday. Contrastingly, the Sigtuna CC team played two matches on Thursday which they lost by big margins. It could hamper their confidence going into the knockouts.

The first semi-final is likely to be completed without any interruptions due to rain.

The tournament began with five consecutive wins for the batting first teams out of which four posted 90+ runs. In the next three days, the trend of successfully defending 90+ totals continued but the bowling first teams did figure out on how to improve their winning record.

Chandan Khatri has scored 88 runs at an average of 44 and a strike rate over 150. His best in the tournament came with the ball as he claimed nine wickets which are the joint-most wickets by any player. Muhammad Asif has bowled 12 overs across six league matches where he claimed as many as five wickets. He conceded only 77 runs in those 12 overs as his economy reads under 6.5.

Muhammad Rehman started the tournament on a high with 99 runs across two games. However, since then, he lost his way and scored only 27 runs in four matches but is expected to bounce back. Arif Zaidi has bagged three wickets in the 11 overs he bowled in the tournament conceding only 77 runs. Zaidi also scored six runs without being dismissed in the only innings he was part of. 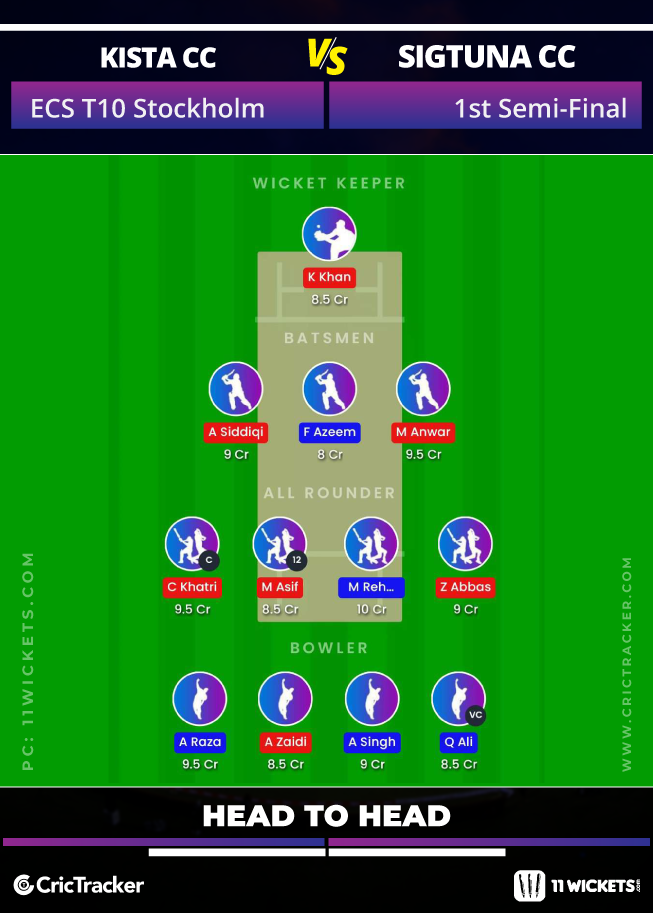 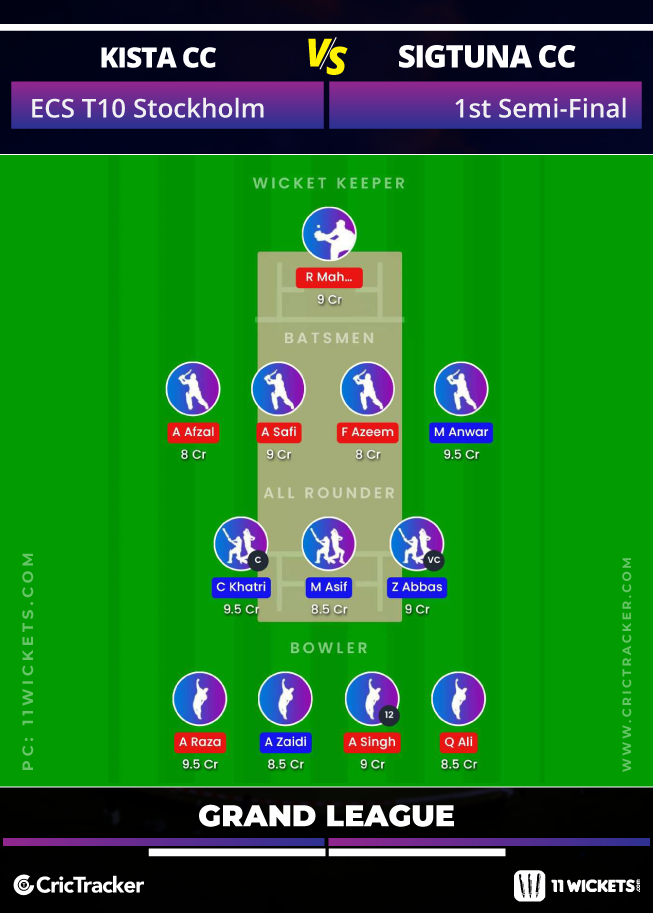 The Sigtuna team lost both their matches on Thursday despite which they made it to the knockouts. There is a possibility of them coming up with a weird line-up for the semi-finals. Hence, we have not picked anyone other than the regular turn-ups in the XI.

Kista Cricket Club is expected to defeat Sigtuna CC by a comfortable margin.