Sameer Ali Khan has scored 51 runs at an average of 25.5 and picked up seven wickets in the eight overs he bowled in this tournament. 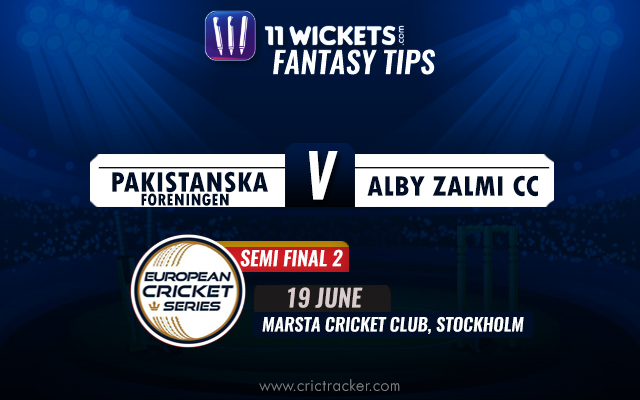 The 2nd Semi-Final of 2020 ECS T10 Stockholm League will be played between Pakistanska Foreningen and Alby Zalmi CC at the Marsta Cricket Club in Stockholm.

Pakistanska Foreningen is pretty much the favourites to win the 2020 ECS Stockholm League as they finished unbeaten during the league phase. They won four of the six matches played while another two matches ended without a result. The Pakistanska team will be now up against the Alby Zalmi who were placed at No.3 in the points table. Their NRR during the league phase read +4.023 which at least two points ahead of the next best team as Zalmi lost only one match.

No prediction of rain is mentioned in the weather forecast for the knockout matches.

The wait for the first successful chase of a target of 90+ runs continues in the Stockholm T10 League as no team has achieved it thus far. The highest chase remains 84 but the win % for the chasing teams has picked up since the second day of the tournament.

Rahel Khan played three matches in the tournament and all of them were on Thursday. Rahel, in those three games, ended up scoring 41 with a best score of 33 and also claimed five wickets at an economy below six. Azam Khan cost 8.5 credits in the category of the batsmen. The Alby Zalmi captain scored 19 runs in the only innings he batted and also bagged a wicket in the three overs he bowled.

Sameer Ali Khan has been quite brilliant for the Pakistanska especially with the ball. He scored 51 runs at an average of 25.5 and picked up seven wickets in the eight overs he bowled in this tournament. Muhammad Bilal has played only two matches in the tournament. In the first game, he gave away 11 runs without taking a wicket but bagged a 3-wicket haul by conceding only five runs on Thursday. 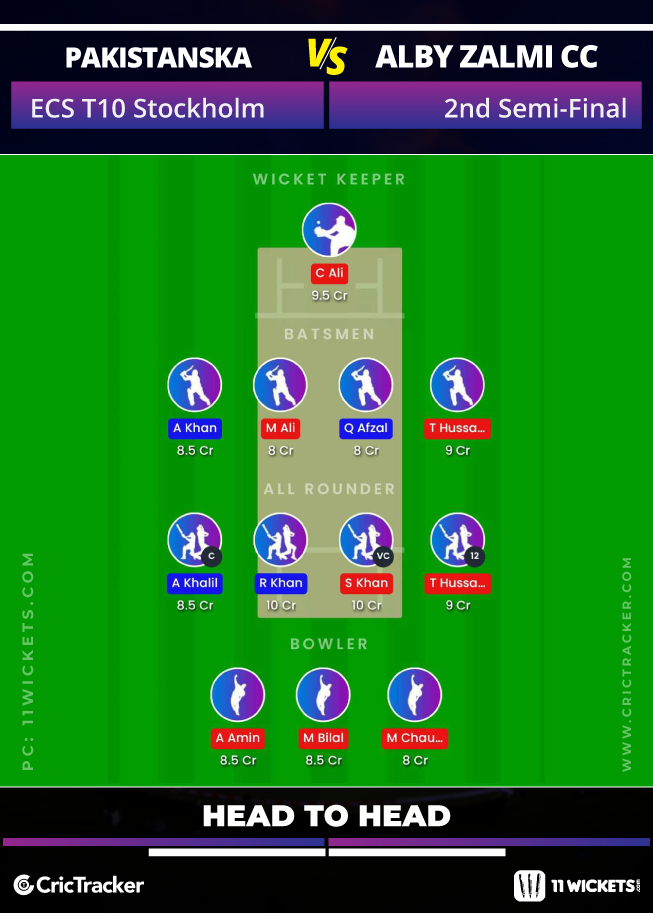 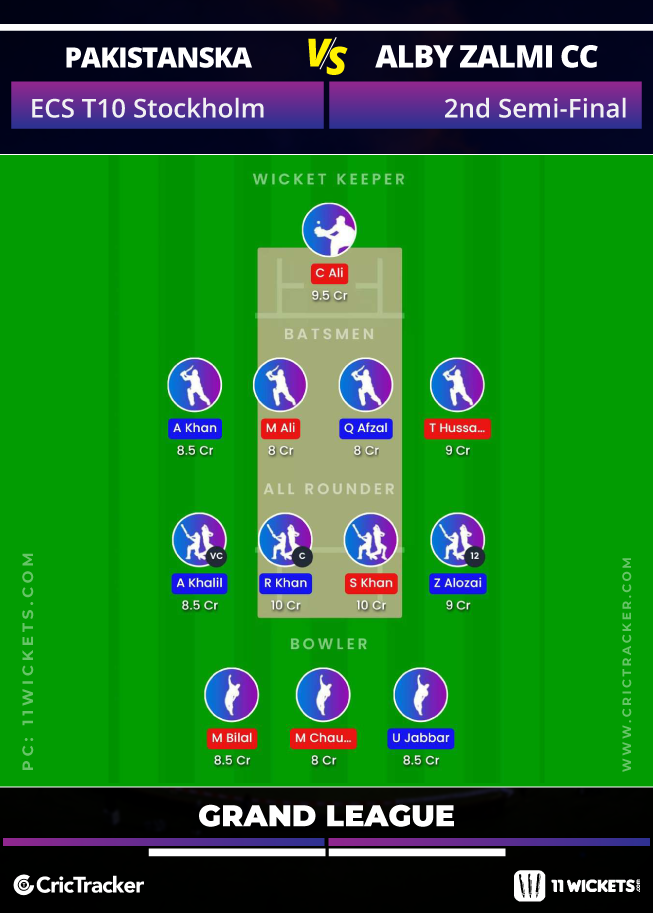 The Pakistanska Foreningen made quite a few changes for their last league match on Thursday. Most of the players coming into the XI have done well and will cause a selection headache. Hence, we preferred to pick only the top performers of the tournament in our fantasy teams.

Pakistanska Foreningen is likely to enter the tournament’s final without losing a match.