Himanshu Patel has emerged as a new popular captain pick for this match.

The 16th match of 2020 ECS T10 Stockholm League will be played between Stockholm CC and Alby Zalmi CC at the Marsta Cricket Club in Stockholm.

The first match of the final day of the league stage will be played between the Stockholm CC and Alby Zalmi CC. The hosts lost to Kista Cricket Club in their previous game as they failed to chase down 104. They could only reach 76/2 in their 10 overs and their approach was quite baffling given they always had wickets in hand. However, the Stockholm CC would like to put up their best foot forward in this game and win it.

Alby Zalmi CC, on the other hand, haven’t played for the last two days thanks to rain. However, they registered a big win over Stockholm Mumbai Indians in their previous outing. With this being their penultimate game, they would like to make amends for the earlier abandoned matches and win the last two games of league stage.

There is no chance of rain at the venue during the match timings. With the humidity hovering around 50%, the temperature will be 19 Degrees Celsius at 10 AM.

The surface has been extremely conducive to batting in this tournament. But somehow, the teams chasing haven’t found easy to play their strokes. The team winning the toss is expected to continue to bat first.

Azam Khalil did well in the previous outing for Alby Zalmi scoring an unbeaten 36 and then picked three wickets as well. He will be crucial again for the team. Faraan Chaudhry scored 31 off just 15 balls with four fours in the previous game and his performance will be key once again. Muhammad Iftikhar opens the innings and will get a chance to score big. Qudratullah Mir Afzal is a decent finisher (scored 11 off 5) and he will bowl his two overs too. 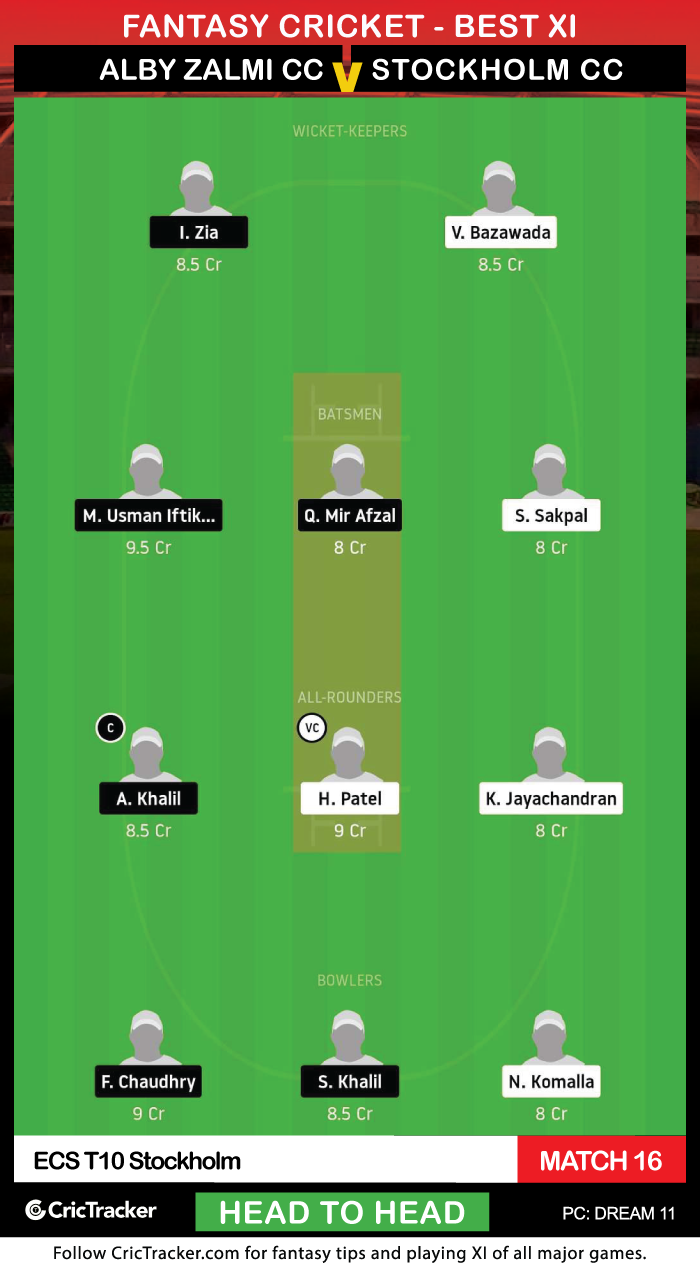 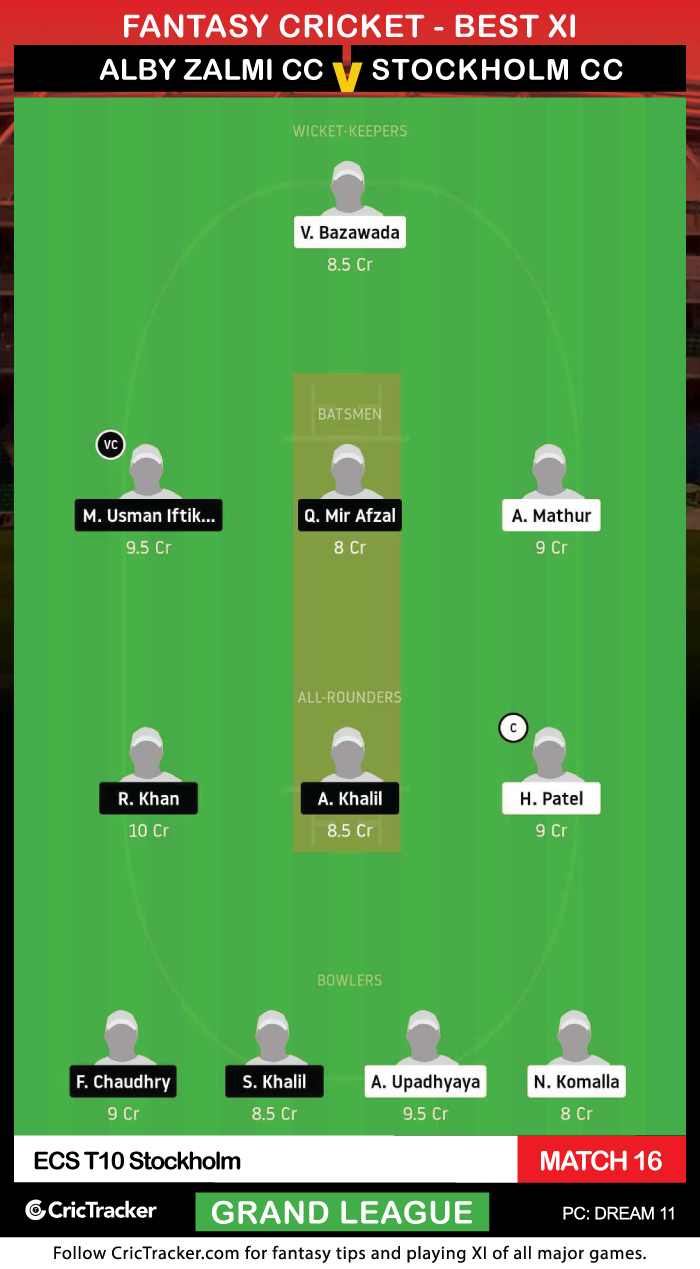 Stockholm CC made a lot of changes to their playing XI for unknown reasons in their previous match. So we have picked most of the players from their team who played in the previous game itself. However, our playing XI no. 2 includes the likes of Abhishek Mathur and Avinash Upadhyaya who we think are likely to play this match. It would be wise to wait for the playing XIs to be announced and then finalise your Fantasy teams.

Alby Zalmi CC is expected to win this match.