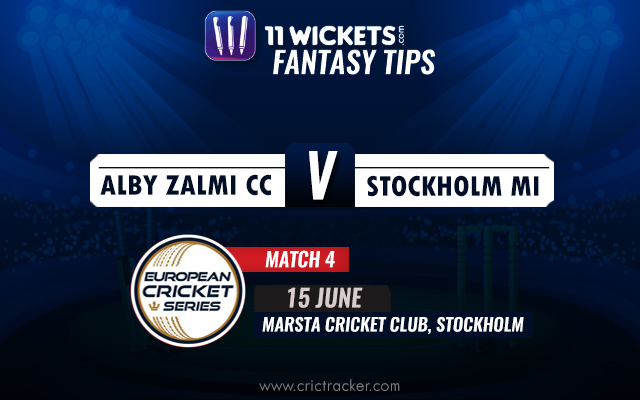 The 4th match of 2020 ECS T10 Stockholm League will be between Alby Zalmi CC and Stockholm Mumbai Indians will be played at the Marsta Cricket Club in Stockholm.

Alby Zalmi CC and Stockholm Mumbai Indians will make their first appearance in the ECS T10 Stockholm League on Monday when they face off at the Marsta CC at 2 PM local time. The Stockholm Mumbai Indians will later be involved in the game against Pakistanska Foreningen. On the other hand, the likes of Rahel Khan and Azam Khalil alongside Ismaeel Zia and other big names in their ranks will surely make Alby Zalmi CC the strongest side of the tournament.

Clear weather is predicted for the match starting at 2 PM local time.

The track at the Marsta Cricket Club seems to be good enough to record totals of 80+ regularly if we consider the matches from last year. During the T20 tournament, the first five matches and the last five matches at Marsta CC have average first-innings totals between 135 and 140.

Sanjay Mahajan is easily the most experienced and reliable player in the Stockholm Mumbai Indians team. Sanjay has got the taste of playing in official cricket when he played in Indian domestic cricket. Ismaeel Zia played only ten domestic T20 matches in Sweden where he smashed the highest ever score of 134* which came in only 60 deliveries. Azam Khalil is likely to be the top performer for Zalmi as he amassed close to 500 runs in the 24 domestic T20 matches he played where he also bagged 37 wickets at an average under 15. 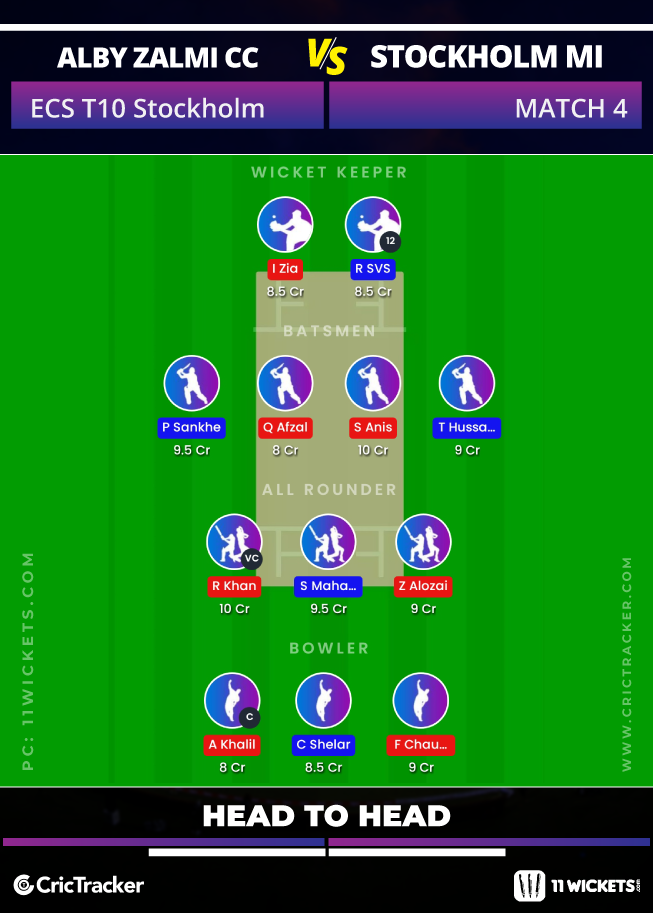 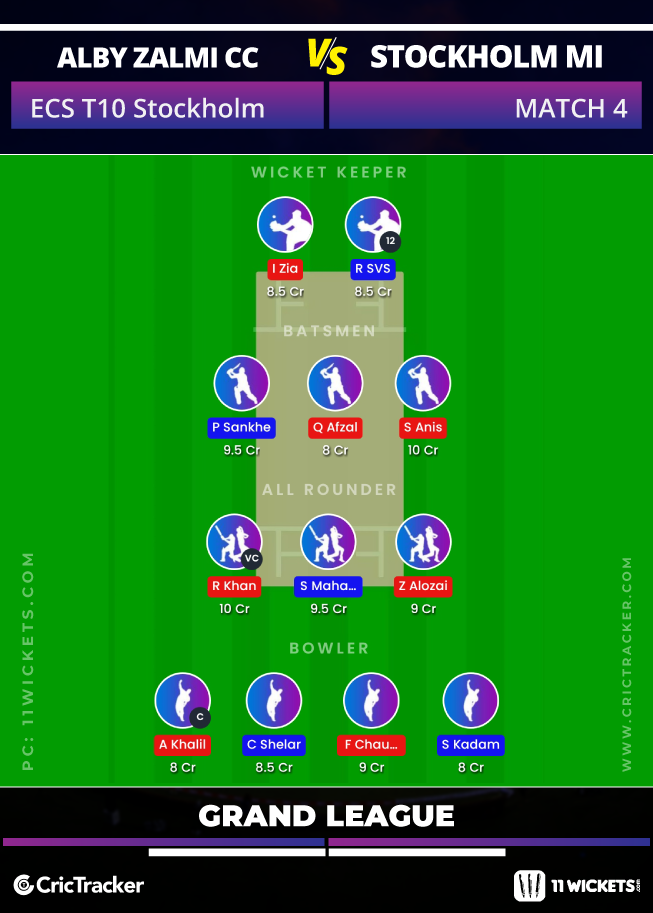 Ably Zalmi has quite a few all-rounders with solid domestic record especially the two guys – Rahel Khan and Azam Khalil. Their brilliant numbers with both bat and ball have made us pick the duo as captain and vice-captain of our fantasy XIs.

The Stockholm Mumbai Indians are likely to face thumping loss in the hands of Ably Zalmi.