Chandan Khatri has played seven domestic T20s where he amassed 149 runs at a strike rate of 146.08. 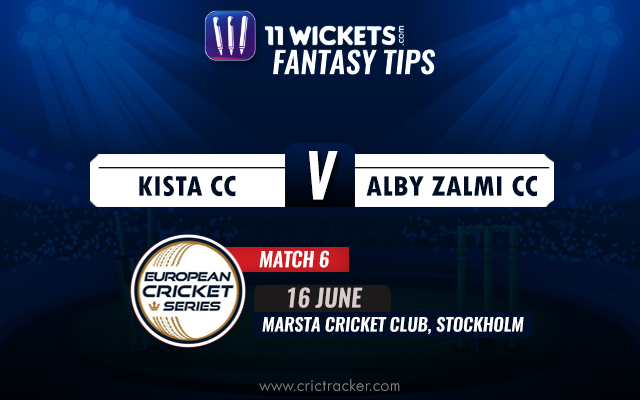 Kista Cricket Club will finally get a chance to take the field in the ECS T10 Stockholm League as they face Alby Zalmi CC on Tuesday morning. All the remaining six teams in the tournament featured on Monday in at least one match with four of them playing two games. The Alby Zalmi CC got off to best of starts by thrashing the Stockholm Mumbai Indians team by 79 runs. Though the Stockholm Mumbai Indians were the weakest side, the Zalmi team produced extreme performances – smashing 123/4 and restricting the opponent to 44/7.

Dark clouds are expected at the Marsta Cricket Club on Tuesday morning.

The Monday morning match was quite a low scoring as the batsmen failed to find boundaries. The team batting first scored at 11 runs an over in the first three overs and failed to get even run-a-ball in the following seven overs with just one boundary. The chasing side’s innings also went same way who fell two runs short of a win.

Chandan Khatri has played seven domestic T20s where he amassed 149 runs at a strike rate of 146.08 with help of a fifty. Khatri also took four wickets across the 20 overs he bowled in those. He also has a 5-wicket haul to his name in a One-Day match. Shahed Ali is placed in the category of the bowlers with a price tag of 8.5 credits but did not bowl on Monday. Instead, he opened the batting for Alby Zalmi where he scored 13 off 11 balls with a six.

Muhammad Usman Iftikhar opened the batting for Alby Zalmi on Monday where he scored 13 from 12 balls with two fours. Usman can also bowl an over or two if needed and has a good strike rate with the ball. Qudratullah Mir Afzal walked to bat at No.5 on Monday where he scored 11 from only five balls. Later, he opened the bowling for his team and gave away only four runs in the two overs he bowled. 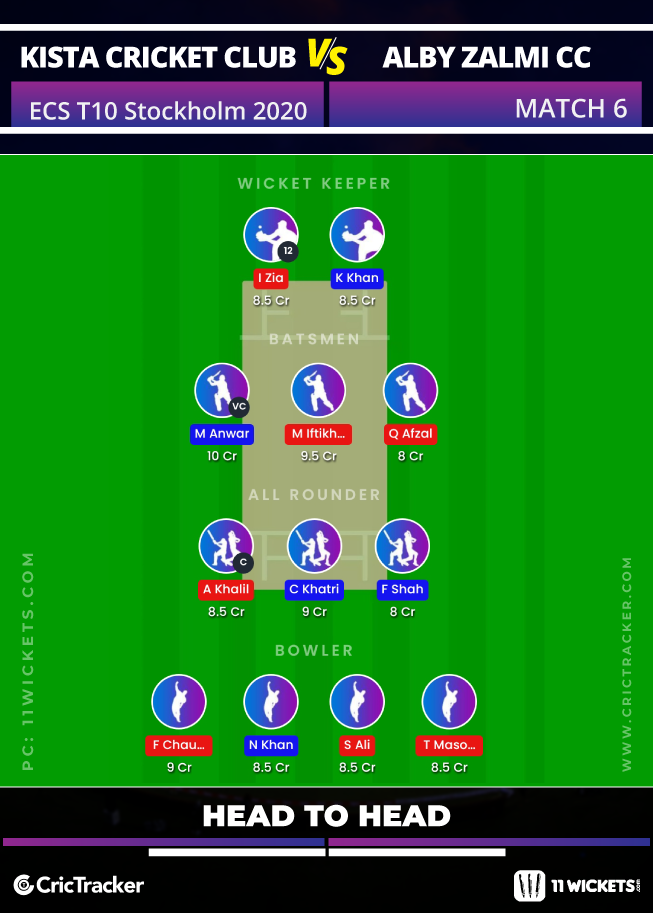 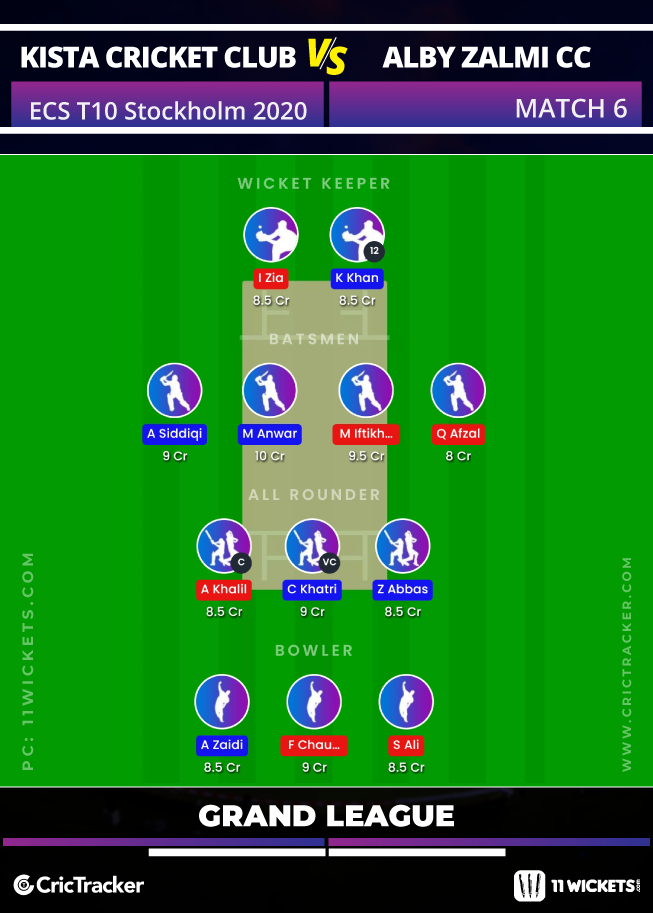 The Ably Zalmi CC team, with a squad strength of 31 players, has left out some of the reputed players. Their strategy with the playing XIs is likely to remain a mystery through the tournament. Hence, checking out the playing XIs that come at least 45 minutes before the start of the game will be better.

The Ably Zalmi CC team is expected to register their second straight victory.