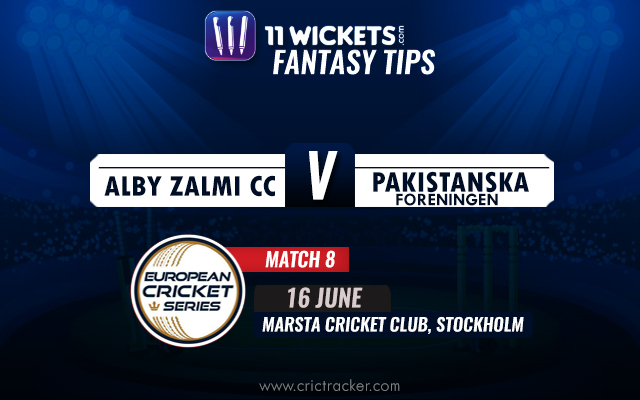 The 8th match of 2020 ECS T10 Stockholm League will be played between Alby Zalmi CC and Pakistanska Foreningen at the Marsta Cricket Club in Stockholm.

Alby Zalmi CC will face the Pakistanska Foreningen in the 8th match of the ECS T10 in Stockholm. Both the sides are coming off big wins in their previous encounter. While the Zalmi CC defeated the Stockholm Mumbai Indians by 79 runs, the Pakistanska Foreningen breezed past the same team by 32 runs in the final game of the day. They will be playing their second game of the day and will be keen to win this match and strengthen their position in the points table.

It will be cloudy with chances of rain in Stockholm on Tuesday. There is a 35% chance of rain while the temperature will be around 17-18 Degrees Celsius during the match.

The first day saw the teams batting first dominating. All the matches were won by the sides batting first and the scores varied from as low as 70 to as high as 123. The team winning the toss should look to bat again.

Azam Khalil (36 and 3/8) was exceptional in his previous game for the Alby Zalmi CC. Apart from him, Faraan Choudhry also did well with the bat. Samiallah Khalil and Faseeh Choudhry will be key when it comes to bowling. For the PF, Sameer Ali Khan (37 and 3/13) will be vital in this game. Tasaduq Hussain is expected to do well despite failing in the first match. Vaince Waqqas and Zubair Aslam are important bowlers in the team. 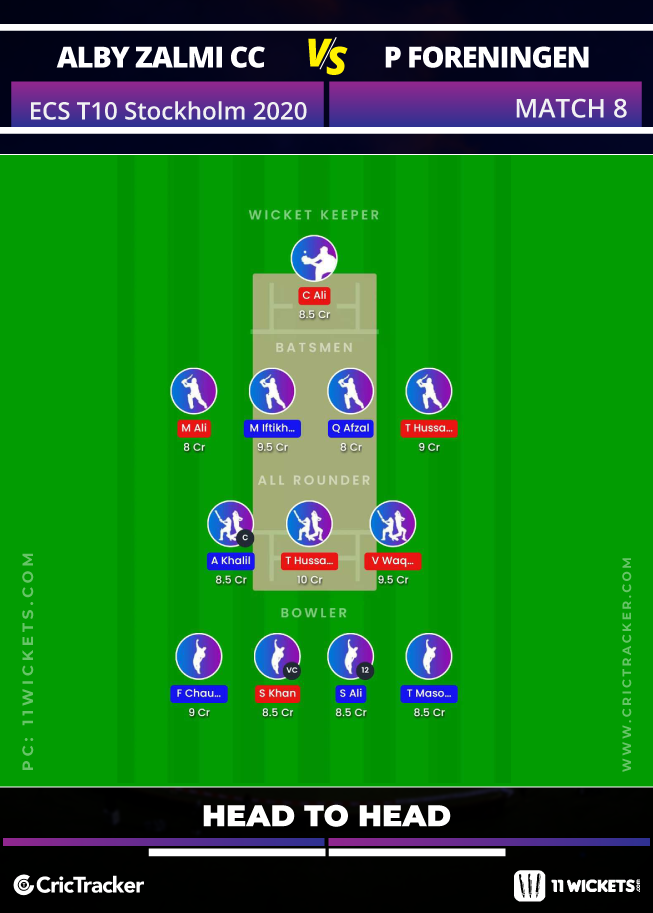 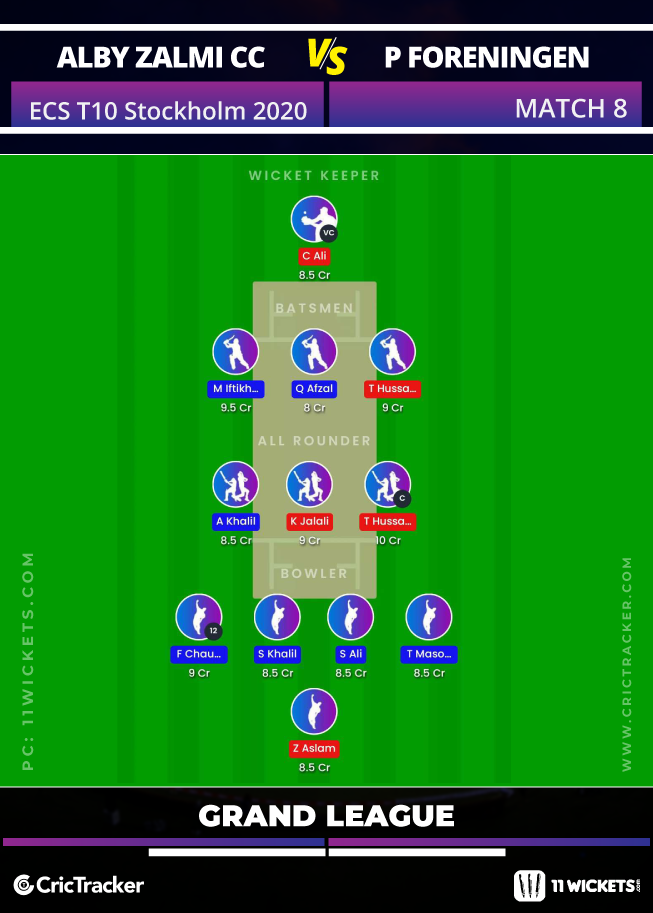 Without hesitation, go with Tassaduq Hussain as captain of your Fantasy team in Grand League. He is expected to do well after failing in the previous match.

Alby Zalmi CC is expected to win the match.