For the Stockholm MI, Darshan Lakhani has been the top and only performing player.

The 9th match of 2020 ECS T10 Stockholm League will be played between Indiska CC and Stockholm Mumbai Indians at the Marsta Cricket Club in Stockholm.

Indiska CC had a mixed opening day in the ongoing ECS T10 tournament in Stockholm. Both their matches were thrillers as they managed to beat Stockholm CC by just 1 run before losing to the Sigtuna CC by 8 runs later in the day. In their third match, they will face the struggling Stockholm Mumbai Indians and will be hoping to return to the winning ways.

The Stockholm MI side lost their first two matches by 79 and 32 runs respectively. They will have to improve significantly in all the departments of the game to have any chance of making it to the knockouts.

The 4 PM match in Stockholm has 38% chances of precipitation. However, it shouldn’t worry the teams much and they will be keen to give their best in the middle. The temperature will stay around 17 Degrees Celsius during the match.

The first day of the tournament was brilliant for the sides batting first. It seemed good for batting and expect similar scores on Day 2 as well. Batting first after winning the toss should be the wise decision for the teams.

Dipanjan Dey proved his batting prowess in the two matches he played on the first day. He scored 27 and 14 runs opening the batting for Indiska. He also bowled an over each in those games picking up a wicket. Apart from him, Imran Khan did well with the bat scoring 22 runs in the previous game. Sachin Hiremath seems to be a decent all-rounder. He bats at four or five and scored 15 runs in the first game and returned with 1/9 with the ball. He didn’t have a great second outing though.

For the Stockholm MI, Darshan Lakhani has been the top and only performing player. He scored 17 runs and picked five wickets in the two matches so far. Ruturaj Dhage is another decent batsman in the team and can set the stage on fire with his all-round skills. Swapnil Kale picked one wicket in the opening game and also batted in the top four. 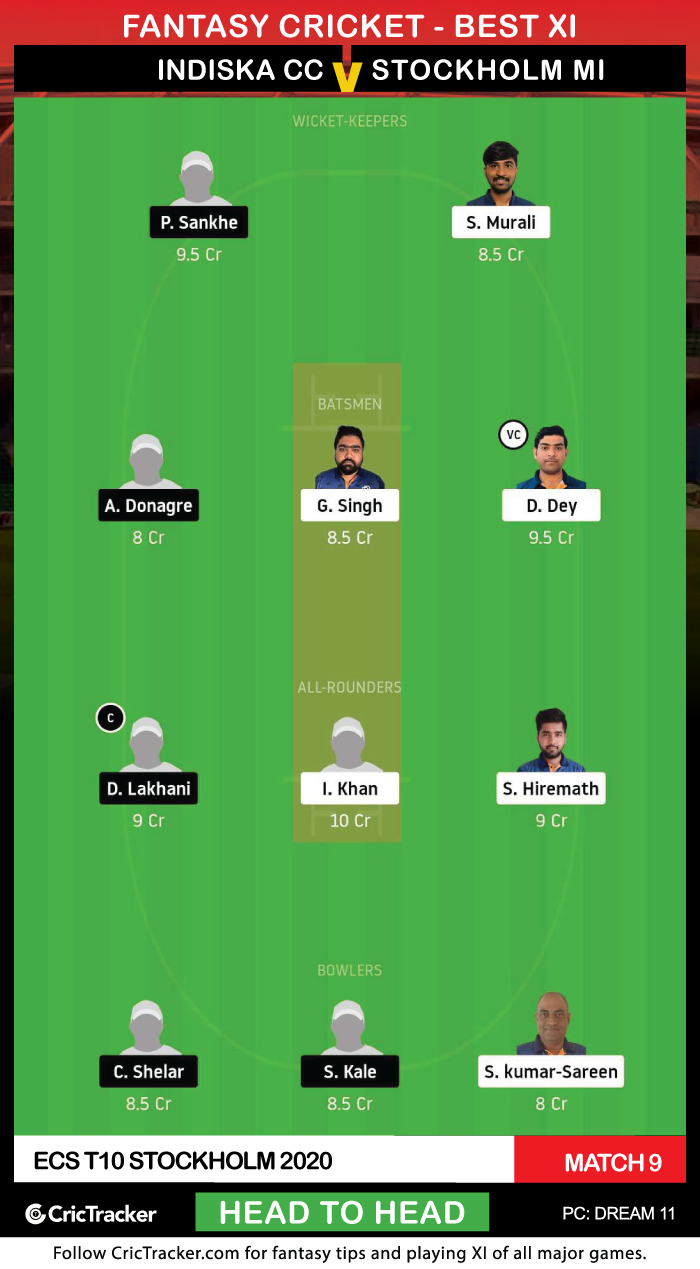 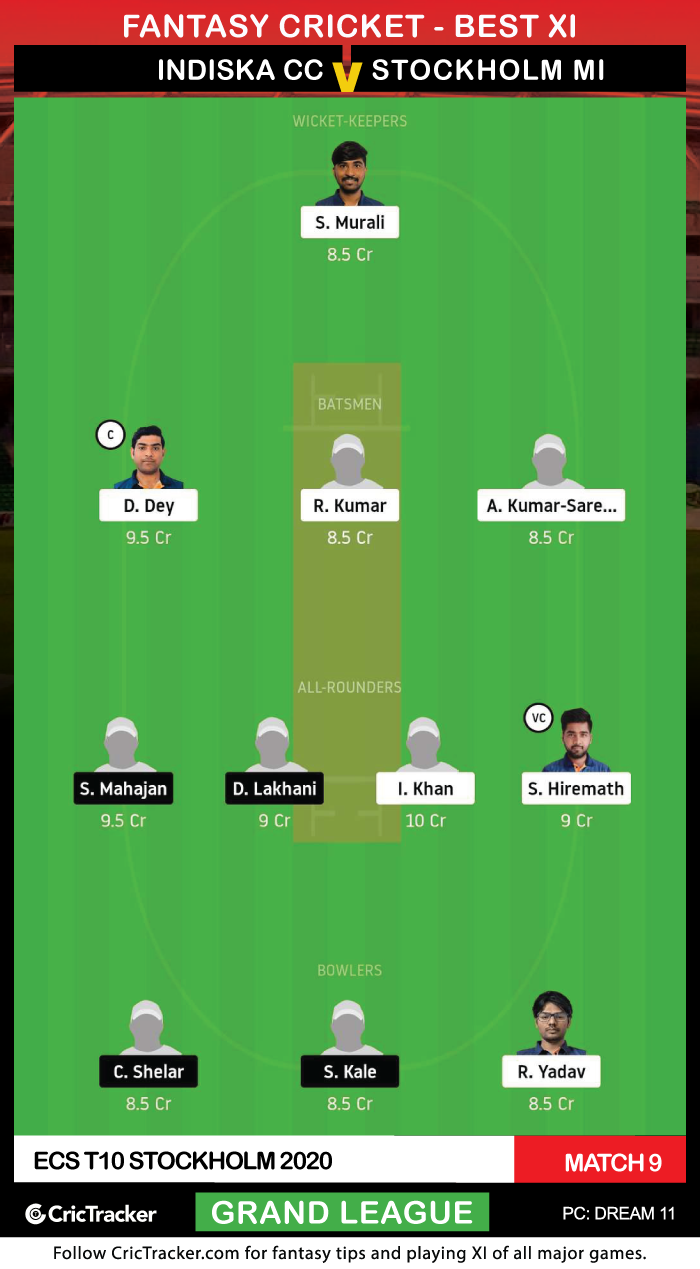 Sachin Hiremath is a decent all-rounder and not many are expected to make him VC. Make him VC in grand leagues and he might do well.

Indiska CC is expected to win the match.