It would be wise to take more players from Djugardens IF Cricketforening team.

The thirteenth match of the ECS T10 Stockholm Botkyrka between Djugardens IF Cricketforening and Stockholm International Cricket Club will be played at Karsby Cricket Centre in Stockholm.

After registering two wins in two games, Djugardens IF Cricketforening will look to bulldoze the Stockholm International Cricket Club in their upcoming match. Stockholm has played only one match in the competition so far, where they lost to the Stockholm Super Kings by 21 runs.

There are predictions of light rain during the match time. The temperature will stay in the range of 13 degrees Celsius.

The pitch has been good to bat on. However, the pace bowlers have been able to swing the ball on this surface. Also, the weather condition will be supportive to the fast bowlers.

Wicketkeeper-batsman Sarmad Imtiaz was the lone bright spot of Stockholm International Cricket Club’s batting department in the first game. The wicket-keeper batsman can be backed to perform well with the bat again. Bilal Muhammad had starred with the ball for Stockholm, picking up figures of 2/10 against the Super Kings.

Ankit Dubey and Serge Conein will be the prime picks from Djugardens IF Cricketforening. The all-rounder Dubey has been the team’s best all-rounder, whereas Conein has taken four wickets in two games. 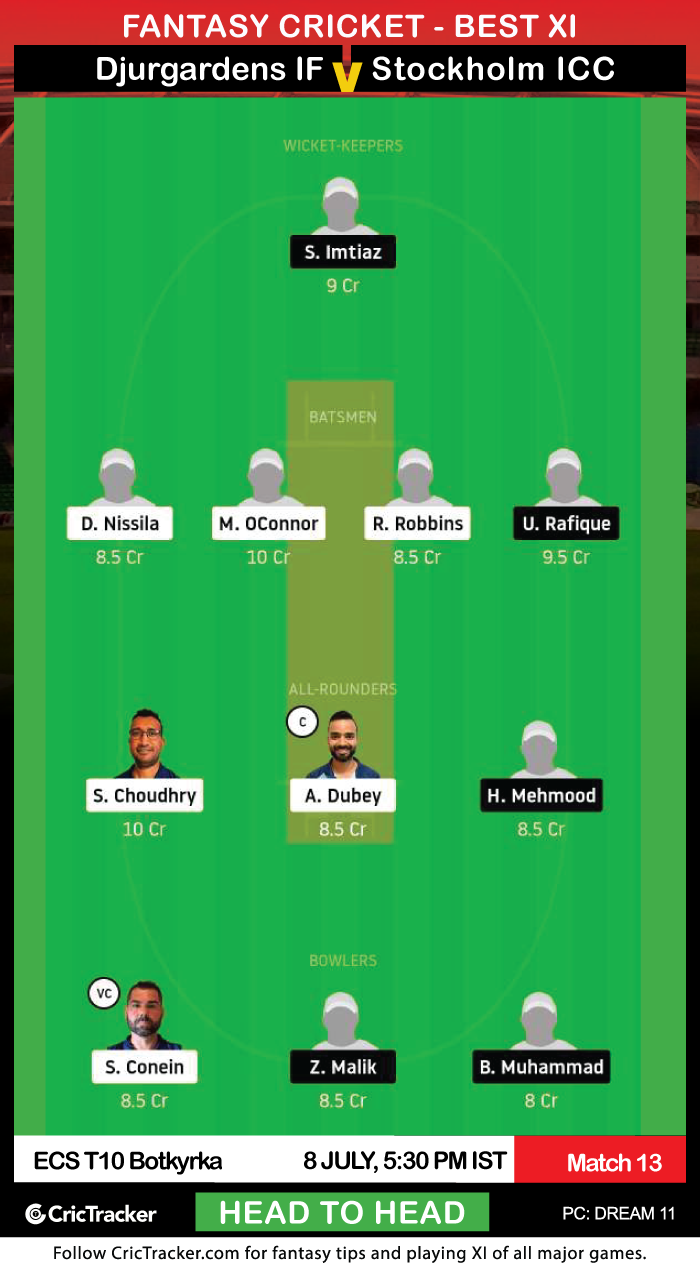 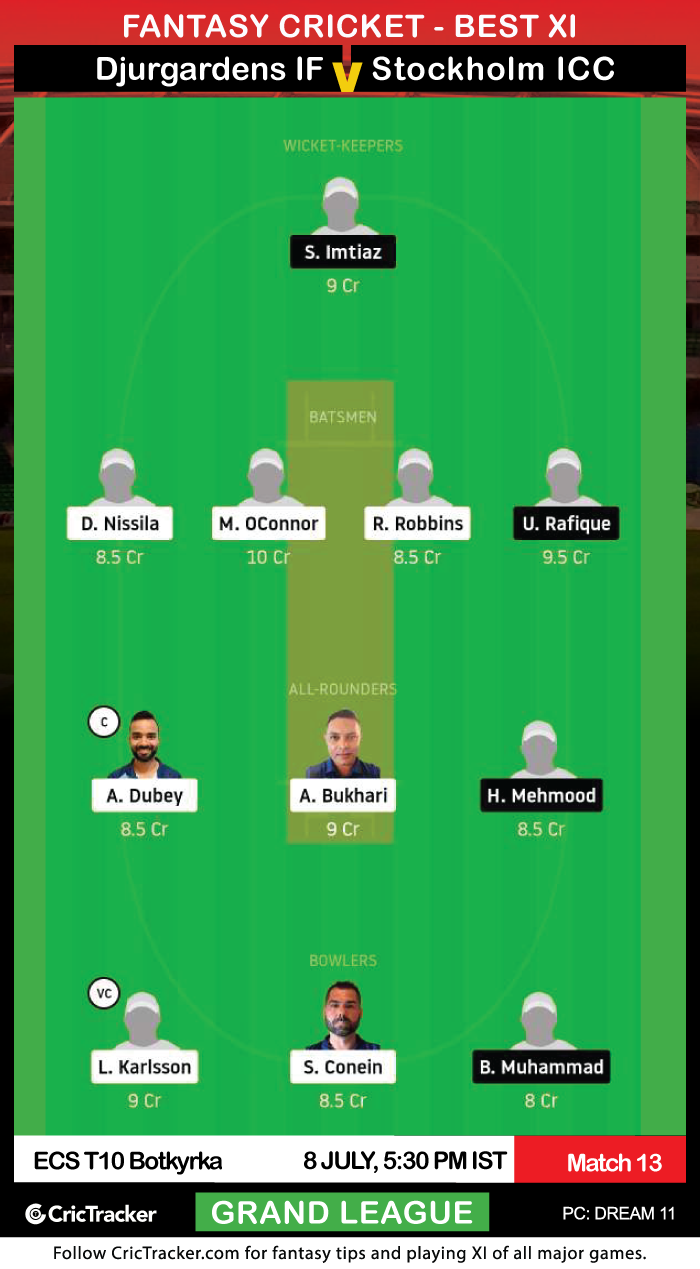 It would be wise to take more players from Djugardens IF Cricketforening team.