Khurshed Alam scored an unbeaten 53 in the first match and took two wickets in the second game. 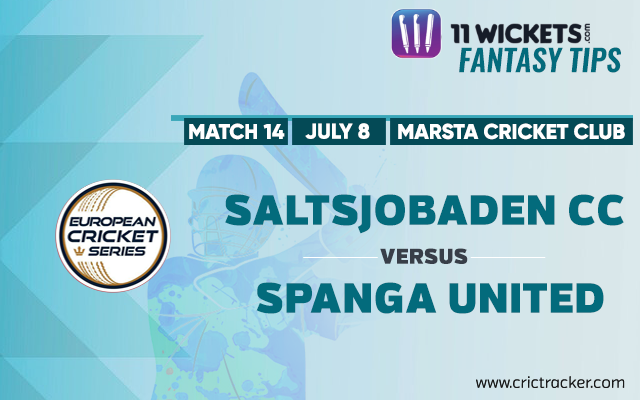 Spanga United CC will face the Saltsjobaden CC on Wednesday evening after getting a rest day. Their campaign began against the Alby Zalmi CC Under-23 team on Monday where they lost by seven wickets even after posting 89/7. The Saltsjobaden CC too had a similar start as they went down to Nacka CC who lost only three wickets to chase down a target of 88. However, they bounced back strongly on Tuesday where they thumped the Stockholm Tigers by chasing down 93 for the loss of six wickets.

The game between Saltsjobaden CC and Spanga United CC is likely to be interrupted by light rain.

The average first-innings total across the two days of the ECS T10 Botkryka reads 101. Only four of the ten matches were won by the teams batting first. Out of those four, the chasing team failed to chase a target under 110 only once.

Khurshed Alam scored an unbeaten 53 in the first match and took two wickets in the second game.

Sajith Johansson scored ten runs from eight balls in the first match while coming down the order.

Muhammad Munir conceded only 22 runs in the 3.1 overs he bowled and scored an unbeaten 17.

Imran Ullah is expected to bounce back in the Wednesday’s match after a couple of failures.

Sanuk Keppetiyawa is the only player who is left on the bench of Spanga United CC. He could get picked in the match on Wednesday following a poor batting performance from the Spanga team. However, we have to wait and see whom Sanuk will replace on Wednesday.

Saltsjobaden CC is likely to earn an edge over the Spanga United CC team.