Bilal Muhammad picked two wickets in the first match while conceding only 10 runs in two overs. 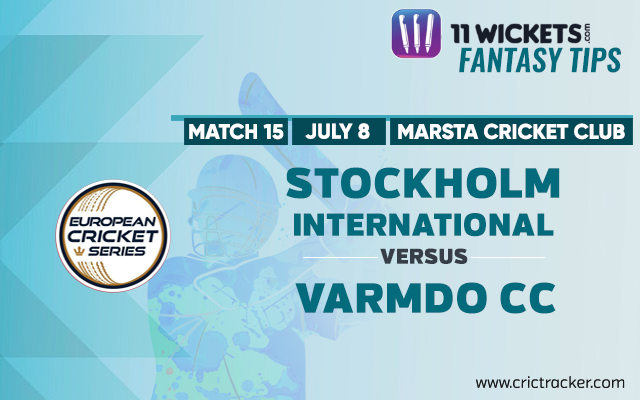 Showers are going to be a potential threat to the evening match on Wednesday.

Wednesday could come to an end with the Stockholm International Cricket Club posting a big total in the evening match if they bat first. Varmdo CC is likely to end up with a slightly lower total.

Najeeb Akhlaqi smashed a 27-ball 40 while his teammates failed to reach double digits.

Bilal Muhammad picked two wickets in the first match while conceding only 10 runs in two overs.

The Varmdo captain Kashif Aziz will bat at No.3 and also bowl an over or two in every match.

Noori Sanagul took a 4-wicket haul during a domestic T20 game at the end of last month.

Varmdo CC played their first match on Tuesday and suffered a huge defeat. Their batting performance was quite terrible and could result in some batting line-up changes. However, their squad is only 13 players and hence, we might see an unchanged XI.

Stockholm International Cricket Club is expected to get the better of Varmdo CC on Wednesday.