It would be better to take more players from the Stockholm Super Kings team.

The seventeenth match of the ECS T10 Stockholm Botkyrka between Varmdo CC and Stockholm Super Kings will be played at Karsby Cricket Centre in Stockholm.

Varmdo CC will look to register their first win of the competition when they meet the Stockholm Super Kings in their third game. The Super Kings too have not had a great campaign thus far as they have lost two of their first three matches.

The sky will stay cloudy, with the temperature expected to stay around 16 degrees Celsius.

The batsmen find it easy to play big shots after settling in the middle. The weather conditions will assist the fast bowlers as they will get a lot of swing.

Although the Stockholm Super Kings lost their last match, Venkat Natarajan had done a fine job in the bowling attack as he scalped three wickets in his spell. Natarajan can wreak havoc against Varmdo CC, a team that got reduced to 32/8 in its last game. Rahul Gowthaman will be another top pick, the top order batsman scored a fifty in the last match.

From Varmdo CC, Najeeb Aklaqi will be the player to watch out for. Their batsmen have not impressed much in this competition, but Akhlaqi had scored 40 runs in the first match. Khaled Anwar will hold the key to success in the bowling department. He had taken two wickets in the match against Martsa CC. 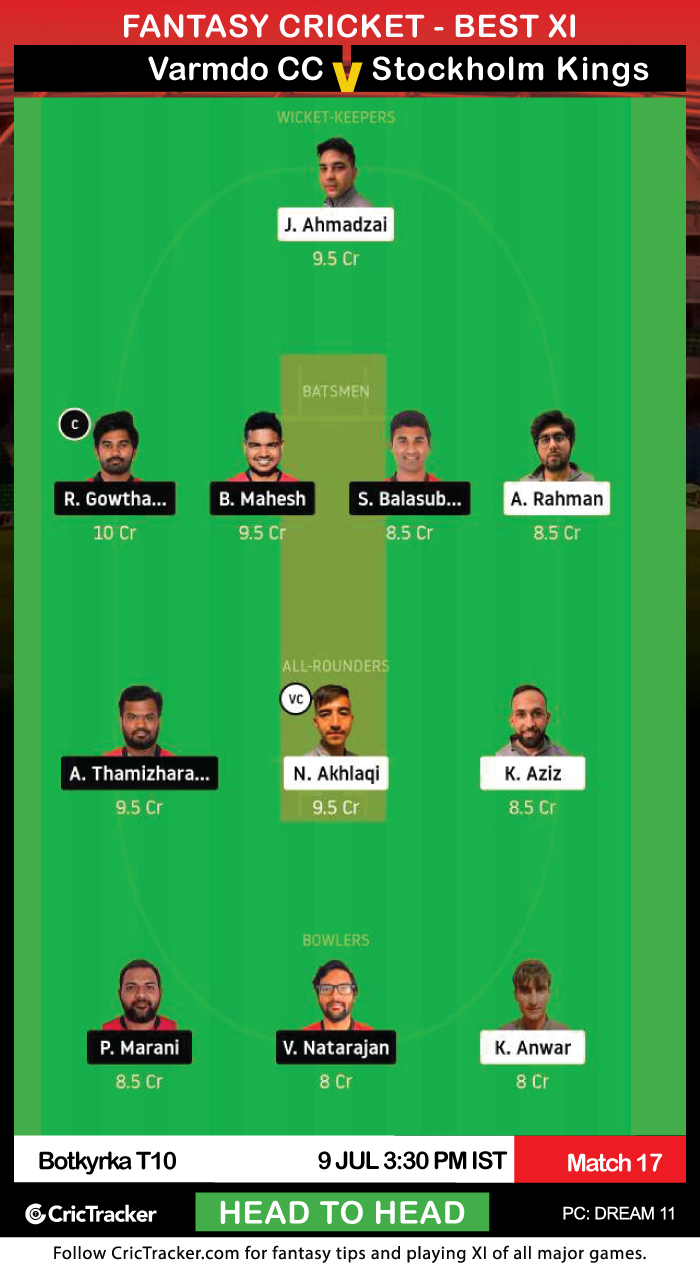 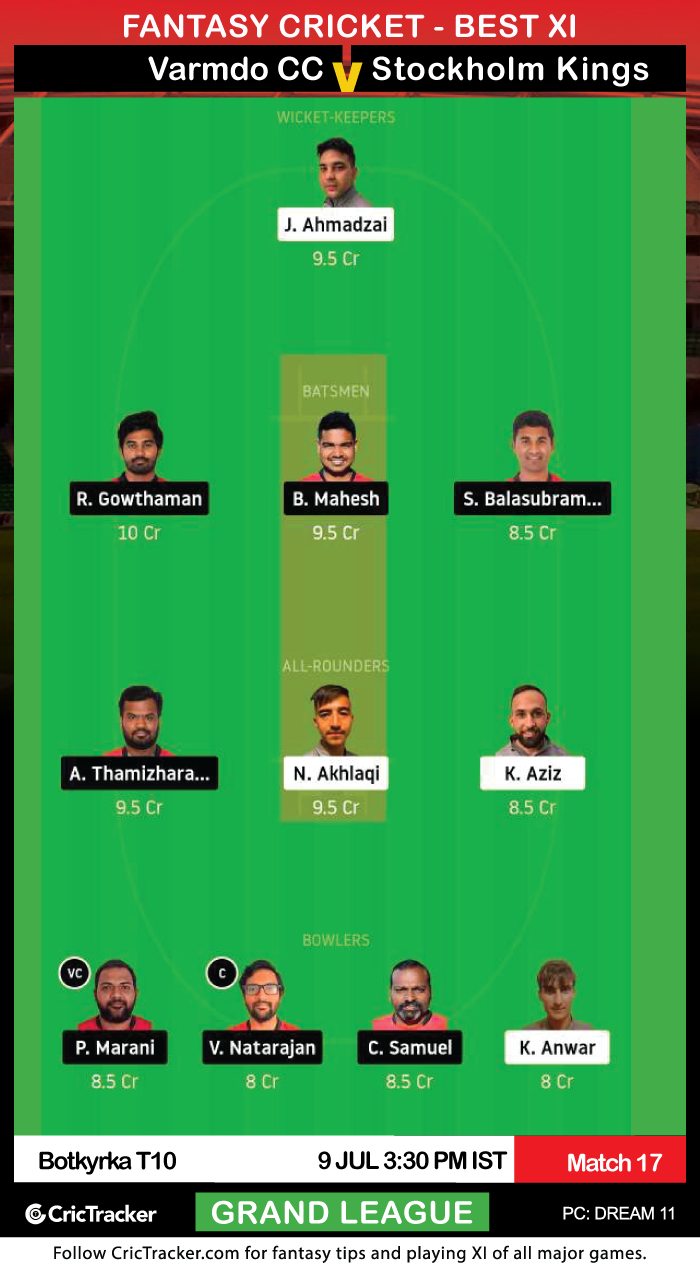 It would be better to take more players from the Stockholm Super Kings team.

Stockholm Super Kings is expected to win this match.