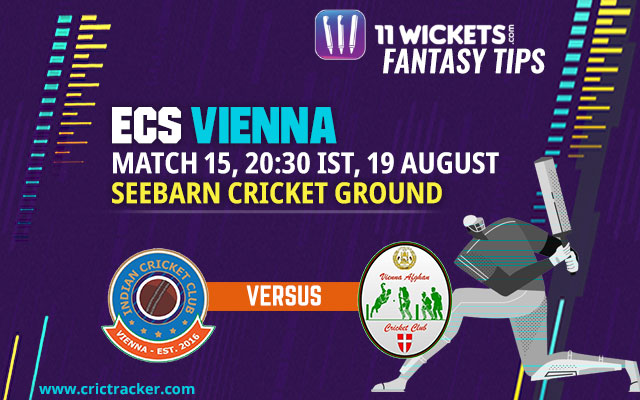 The 15th match of the ongoing ECS T10 Vienna will be played between Indian Cricket Club Vienna and Vienna Afghan CC. Vienna is at the top of the points table having won three out of four games so far. The ICV, on the other hand, has won two and lost as many after four outings. They are at the fourth place in the table and will have to improve their performance to make it to the semi-finals.

It is expected to be partly cloudy in the night at the venue. Interestingly, there is no chance of rain with the temperature hovering in the mid-20s.

Going by the average score, it seems to be a batting friendly track. But there is something in it for the bowlers and if they hit the right areas, it will definitely help them.

Utmanzai has been the best batsman for his team with 98 runs to his name including a fifty. Kunal Joshi has mustered 94 runs thus far while Kumud Jha is the leading wicket-taker of the tournament with 10 wickets. Razmal Shigiwal has amassed more than 100 runs in four outings while Noor Ahmadzai has impressed in limited outings with his all-round abilities. 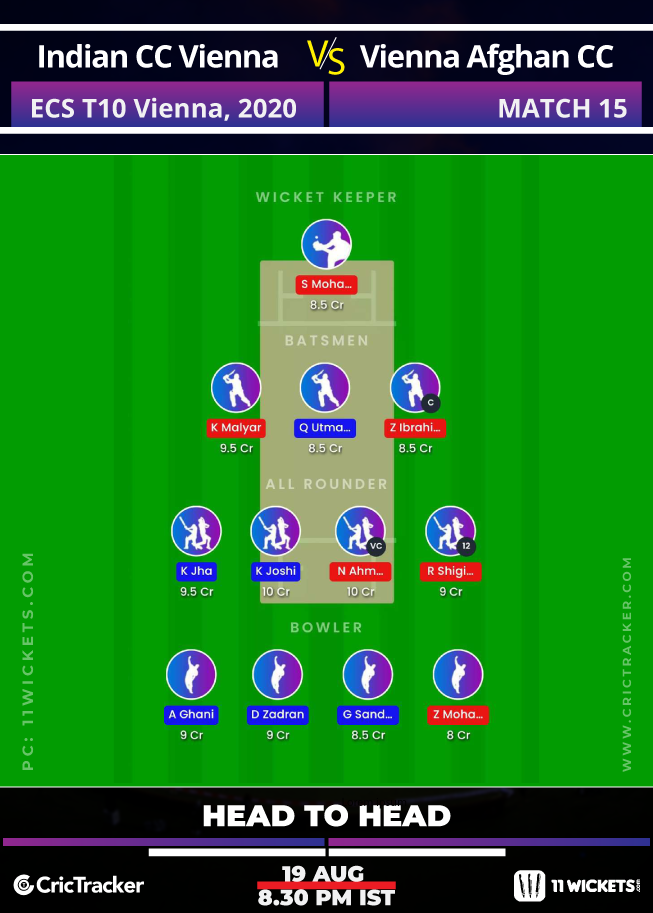 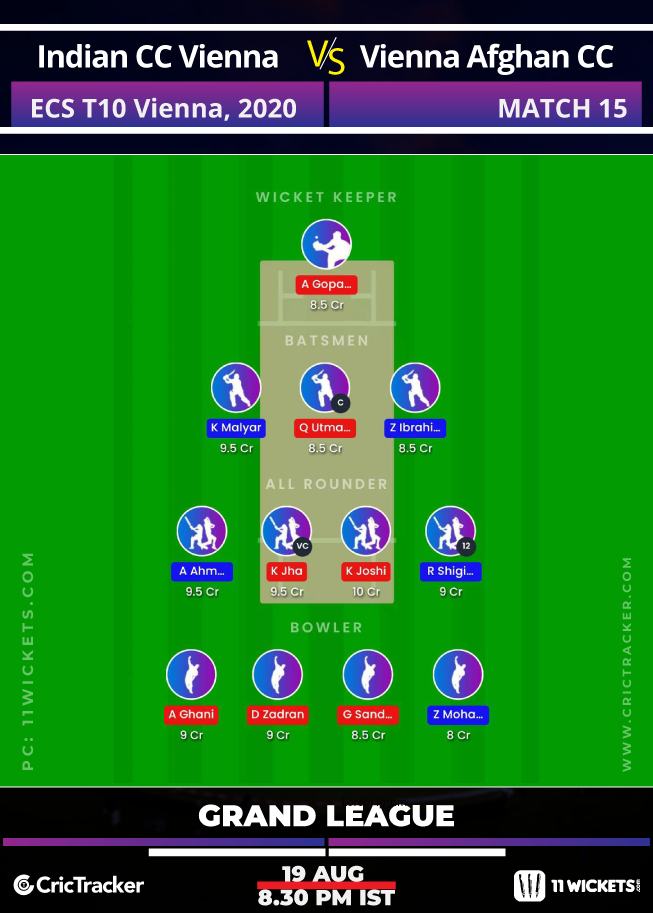 Ahmad Ghani is a decent bowler and he should be picked in your Fantasy team if he gets a chance in the playing XI.