Waseem Muhammad, Usman Khan and Chirag Suri must be included in your Dream11 fantasy team and anyone from the trio can lead the side.

The 22nd Match of the Emirates D10 2021 will be played between Abu Dhabi and Fujairah on 2nd April at Sharjah Cricket Stadium in Sharjah.

Abu Dhabi will take on Fujairah in the 22nd match of the Emirates D10 2021 on Friday. Abu Dhabi are seeking their 1st win in this competition, having lost 5 matches in a row. They are currently placed at the bottom of the table with no points in their account. It will be a fresh start for Abu Dhabi in the second half of the tournament with five more matches still to be played.

Meanwhile, Fujairah moved to the top of the table after a comprehensive win over Dubai by 30 runs. With 6 wins and a loss, they are the new table-toppers with 12 points and a net run-rate of 2.641. Abu Dhabi already have got the ticket for the knockouts with their 3 matches yet to be played. Considering the balance of the two sides and their performances in this tournament, Fujairah are likely to win this match.

It will be sunny throughout the day in Sharjah with the maximum temperature hovering at 32 degrees Celsius and it will decrease to 29 degrees Celsius at the start of the match. The humidity will be 39 per cent. There is no chance of precipitation for this match.

It’s a batting-friendly surface and there is no change in that from day one of the tournament. The average batting scores are increasing as the tournament has progressed.

Ali Abid is the leading run-scorer for Abu Dhabi in this tournament, having scored 90 runs in 5 innings at an average of 18 with a strike rate of 176.47.

Fayyaz Ahmed is the pick of the bowlers from Abu Dhabi in this competition, having picked up 5 wickets in 5 matches. He has scored 24 runs with the bat as well.

Usman Khan was the top-scorer for Fujairah in the previous match against Dubai, scoring 66* runs from 31 balls. Overall, he has scored 149 runs in 6 innings at an average of 29.8 and a strike rate of 173.25.

Waseem Muhammad has scored the most runs for Fujairah in this tournament. He has amassed 202 runs in 7 innings at 28.85 at an excellent strike rate of 243.37 and has even picked up 6 wickets at an economy of 8.88 runs per over.

Chirag Suri didn’t fire in the last couple of matches for Fujairah, but he can be a very dangerous batsman when he gets going. In this tournament, he has scored 141 runs in 7 innings at an average of 28.2 and a strike rate of 220.31. 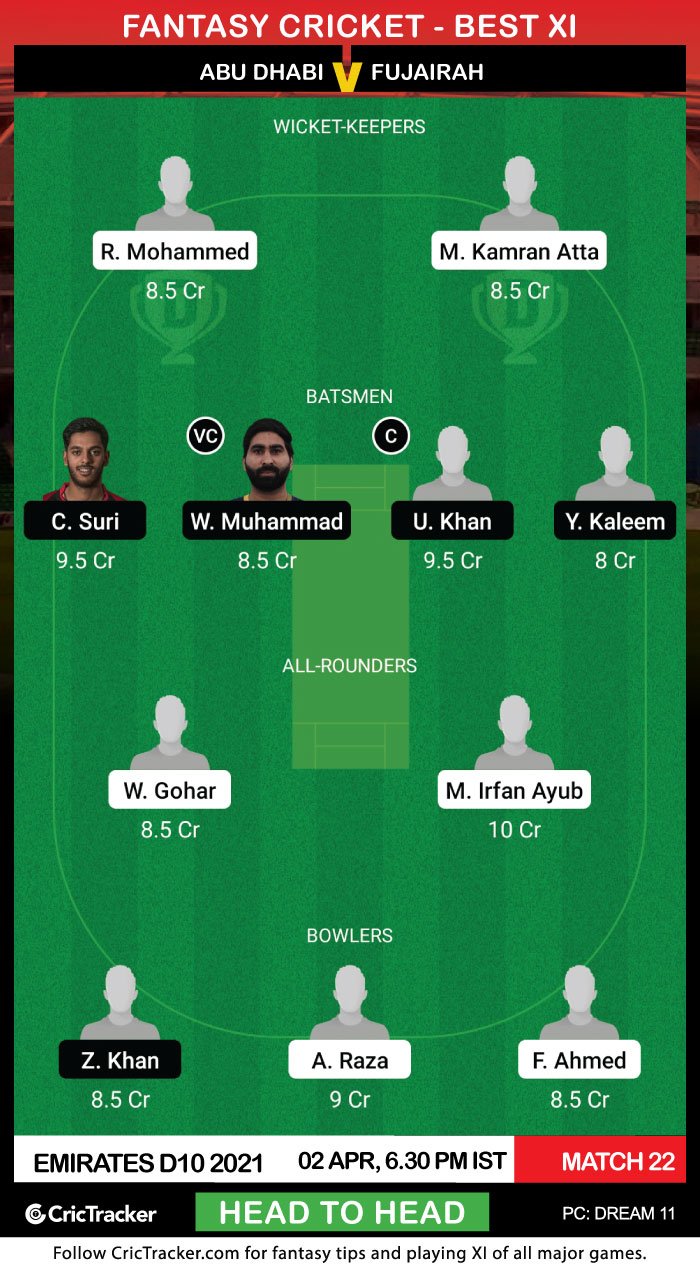 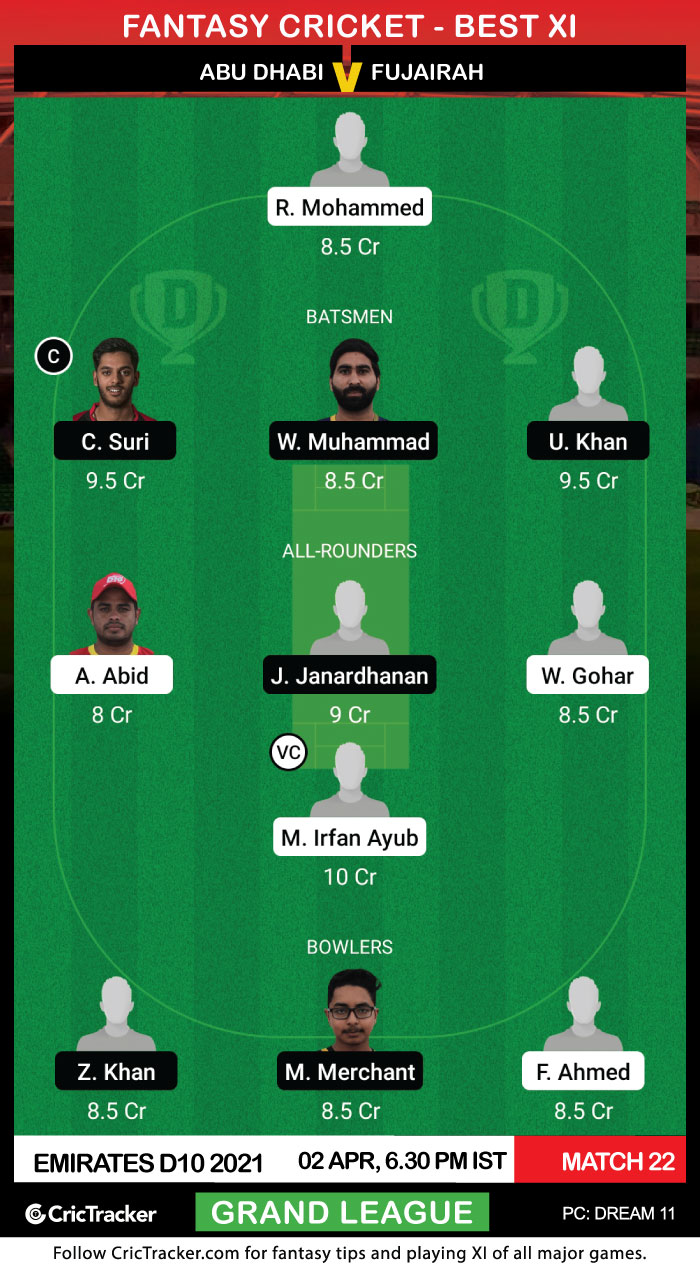 Fujairah’s top 3 batsmen, Waseem Muhammad, Usman Khan and Chirag Suri serve as the main pillars of the team. They must be included in your Dream11 fantasy team and anyone from the trio can lead the side.