Bilal Cheema can be a good differential captain.

The bottom two teams of the Emirates D10 2021, Abu Dhabi and Dubai will go head-to-head on Saturday in the 25th match of the competition. Both teams have only one win and have accumulated 2 points so far in the tournament.

Abu Dhabi are coming into this match on the back of a convincing 7-wicket win over Fujairah on Friday. On the other hand, Dubai will be looking for winning momentum, as they have lost four back-to-back matches.

This pitch favours batsmen more than bowlers. Batting first and putting runs on board could be the mantra for winning on this pitch.

Ali Abid is the top run-getter for Abu Dhabi. He has scored 102 runs with the highest score of 61 runs to his name in the tournament.

Fayyaz Ahmed has picked up 9 wickets in the league. He has a 4-wicket haul to his name in this tournament.

Fahad Nawaz is the leading run-scorer for Dubai. He has scored 135 runs at an impressive strike rate of 151.69

Muhammad Farooq is the highest wicket-taker in the Dubai line-up. He has picked up 10 wickets in 8 games.

ABD vs DUB Must Picks for Dream11 Fantasy Cricket: 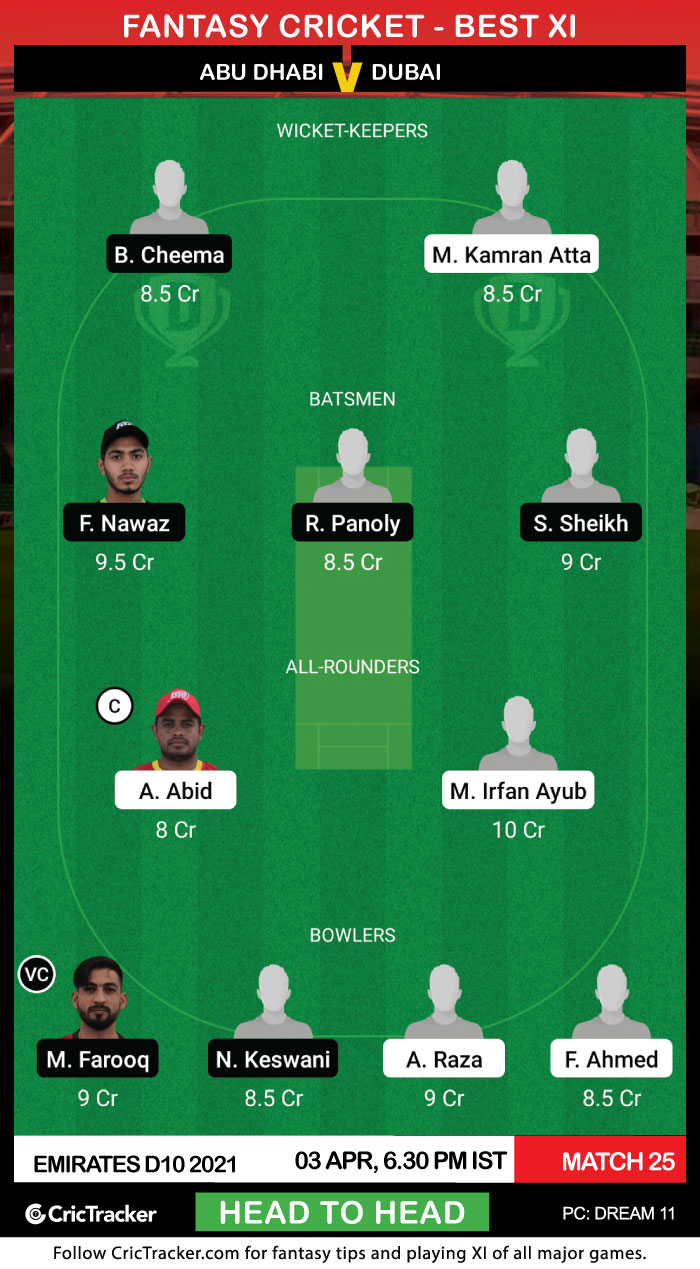 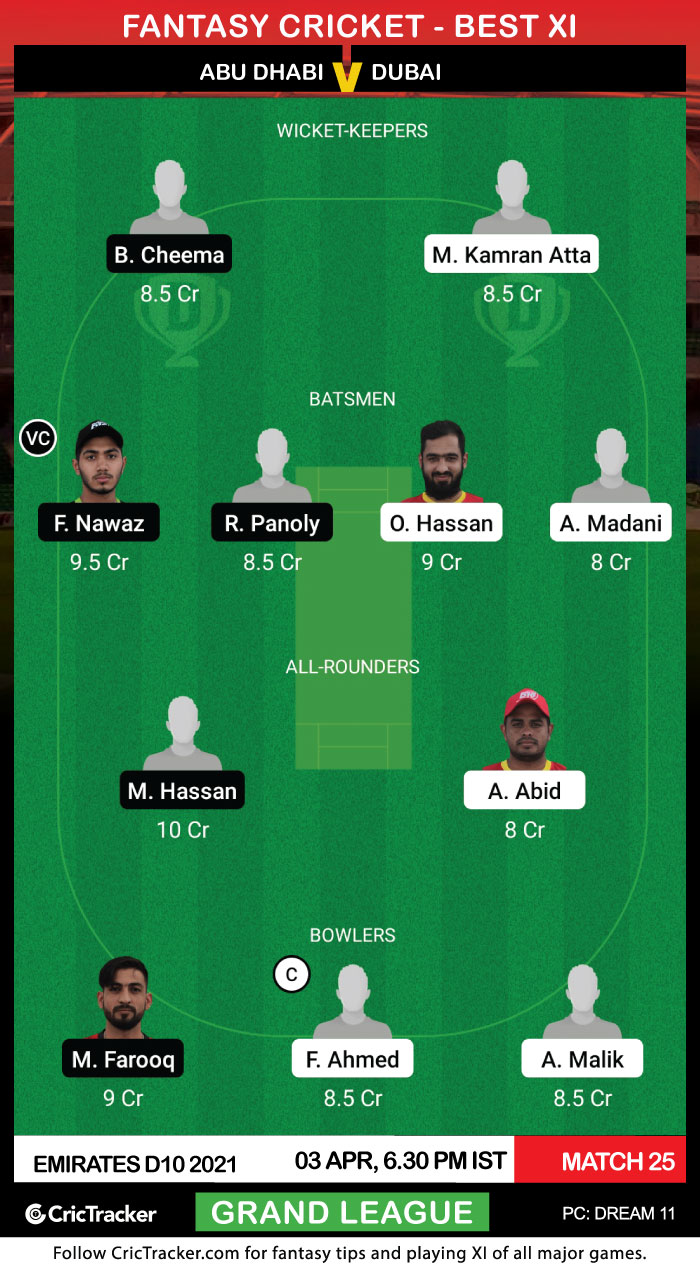 Bilal Cheema has good Dream11 points under his belt due to his contribution with bat and his wicket-keeping has earned him points as well. He can be a good differential captain.

Ronak Panoly is the second-highest run-getter for Dubai and can prove to be a game-changer on his day. At the time of writing, only 1% of users had made him their captain.

Player You should avoid

Yodin Punja is the skipper of Abu Dhabi, but he is not in good form with both bat and ball in this season. So, it is advisable not to pick him on your team.