Sheraz Piya can be a good differential captain.

This will be the last match of the league stages for both teams. Dubai have had a horrendous campaign so far. They have won only one out of 9 matches and are currently on a five-match losing streak.

On the other hand, Ajman have won five out of nine matches and are placed at the 4th position on the points table. The last time these two teams faced each other, Ajman defeated Dubai by 10 wickets. They will be looking for a similar outcome in this game.

The pitch is Expected to be neutral and all departments will get equal support from it. Both teams would want to bowl first after winning the toss.

Muhammad Farooq is the leading wicket-taker for Dubai. He has picked up 12 wickets at an impressive economy rate of 8.74 runs per over.

Asif Khan is the leading run-scorer from his team, having scored 351 runs in 9 matches at a staggering strike rate of 216.67.

DUB vs AJM Must Picks For Dream11 Fantasy Cricket: 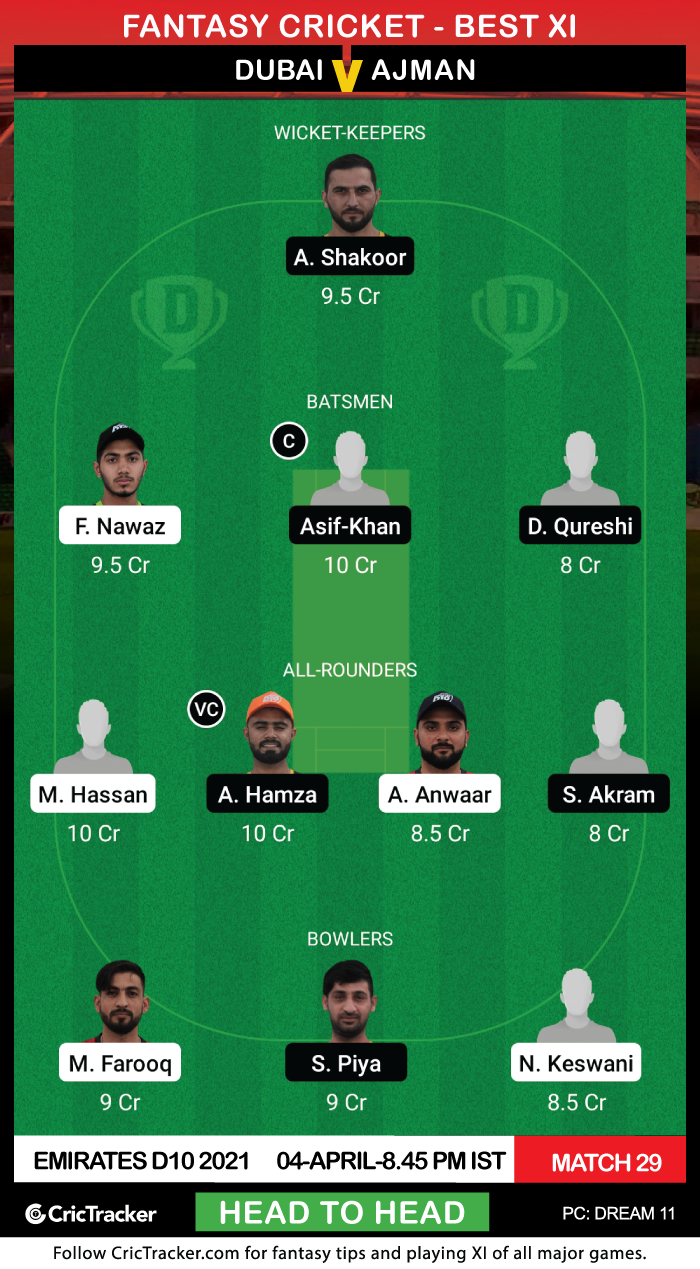 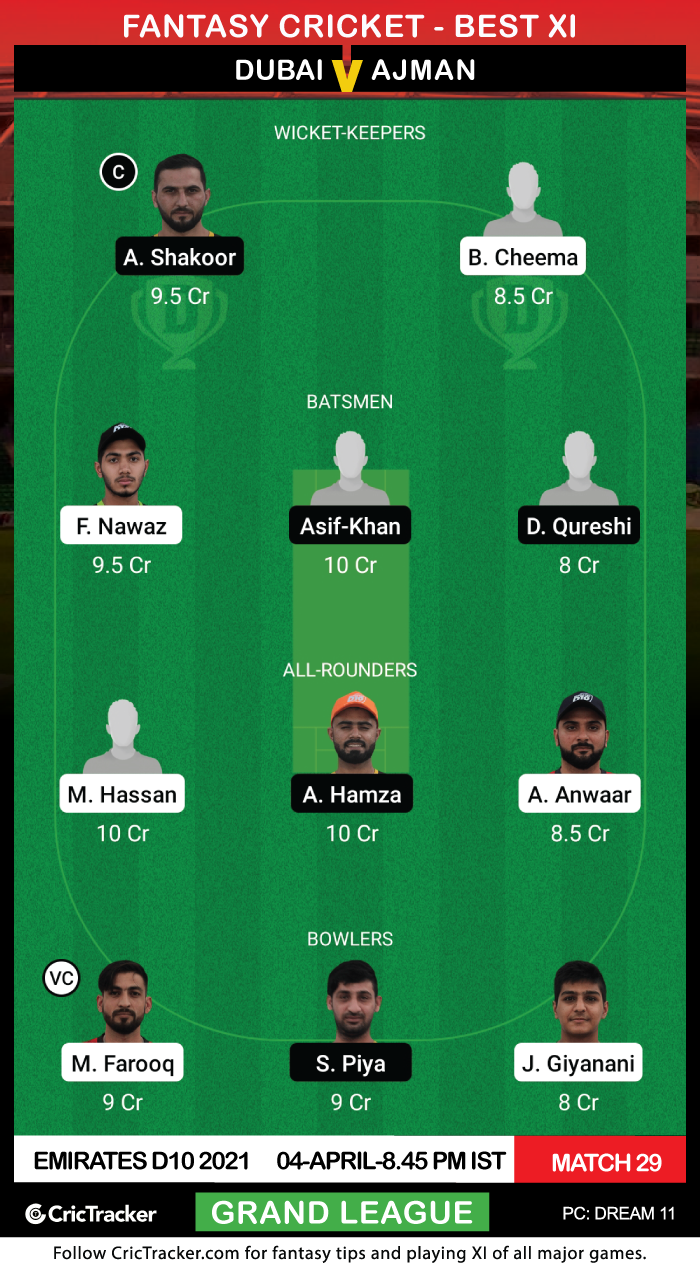 Sheraz Piya is the joint second-highest wicket-taker for Ajman. He has the potential to pick up wickets at regular intervals. He can be a good differential captain.

Nasir Aziz has picked up only 3 wickets in 9 matches. You can avoid him while making your Dream11 fantasy teams.