It is advisable to pick Fayyaz Ahmad in both teams.

Sharjah will take on Abu Dhabi for the 30th match of the Emirates D10 2021 at Sharjah Cricket Ground on Sunday, 4th April.

The match will start at 11 PM IST (9:30 PM local time) and it will be streamed live on Fancode.

Sharjah have won six out of their nine games and are placed at the second position on the table. On the other hand, Abu Dhabi are languishing at the bottom of the table with one victory in their seven matches. In match 23, Sharjah defeated Emirates Blues by 9 wickets. Kashif Daud was adjudged man of the match.

In match 22,  Fujairah won the toss and opted to bat first against Abu Dhabi. They scored 97, but Abu Dhabi managed to chase the target down. Both the teams are coming off a win in their respective games and would be eager to continue with the momentum.

A clear sky will be seen throughout the game and with the temperature expected around 23.98 degrees, this will make the conditions ideal for a high-intensity match.

Pitches at Sharjah earlier used to suit the spinners, but with time the surfaces have flattened out making it a belter for the batsmen.

88 (Last 5 matches played on this venue)

It will be added when there is an update

Vriitya Aravind is in amazing form for Sharjah. He has scored 247 runs in the tournament at a strike rate of 188.55

Umair Ali is the leading wicket-taker of the tournament so far. He has picked up 14 wickets in 7 games with an outstanding strike rate of 7.3.

Fayyaz Ahmad is currently one of the best bowlers in the competition. He has picked up 11 wickets in seven matches at an average of 9.36 and recently he picked up a 4 wicket haul against Fujairah.

Adil Raza has bowled very well in the tournament alongside Fayyaz Ahmad for Abu Dhabi. He has picked up 5 wickets in 7 matches at an economy of 8.69 runs per over.

Kashif Daud has given stellar performances with the ball for Sharjah. He has picked up 12 wickets in 9 games with an economy of 9.33 runs per over and a strike rate of 9. 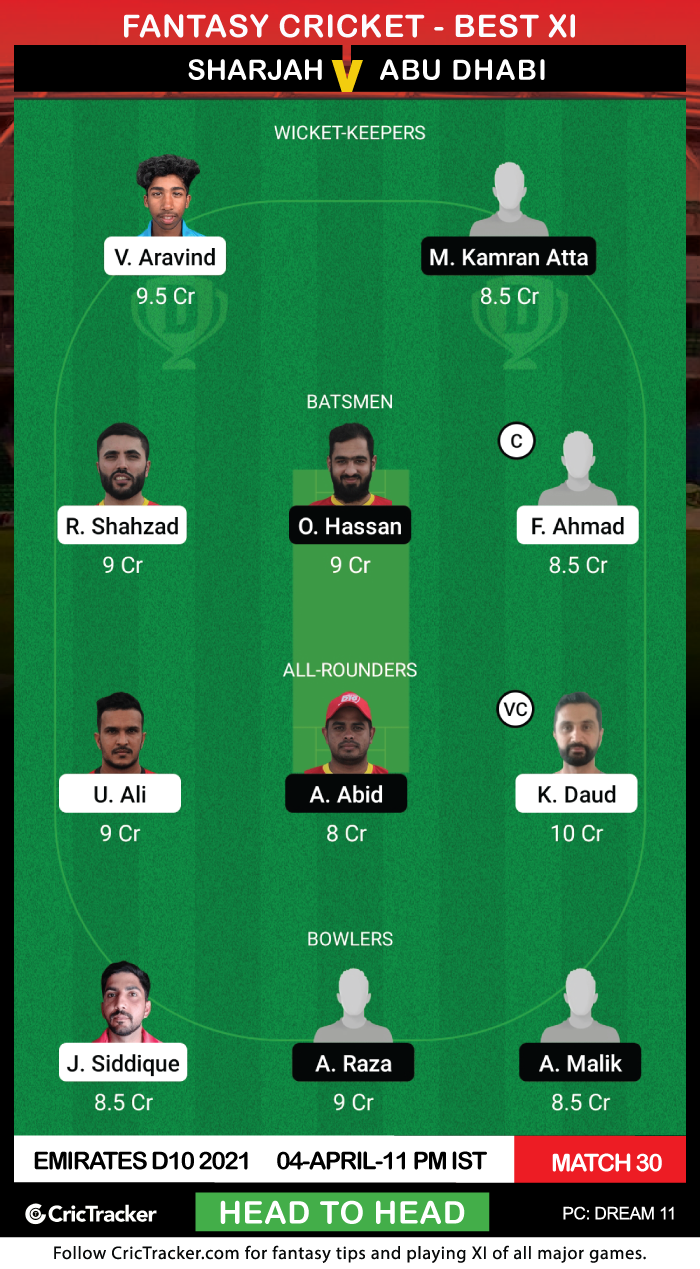 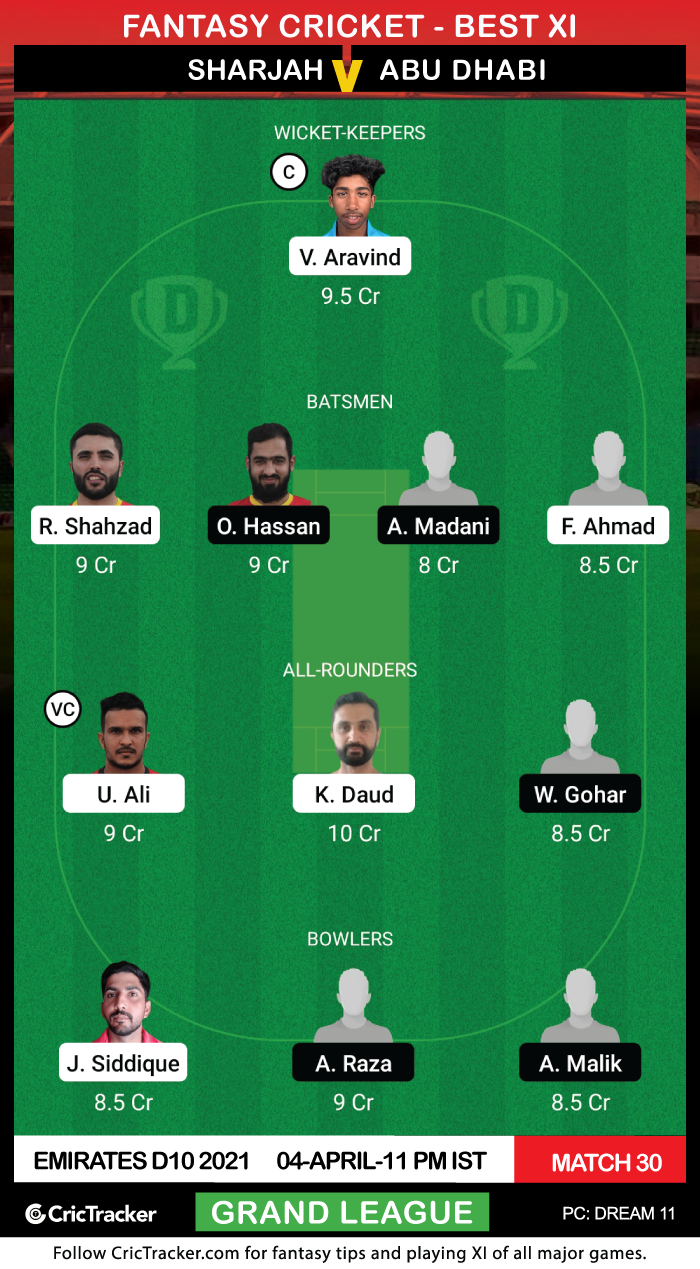 It is advisable to pick Fayyaz Ahmad in both teams as he is in very good bowling form. He has picked up 11 wickets in the tournament and has also scored 99 runs so far at a strike rate of 176.79.