Wicketkeepers Vriitya Aravind and Abdul Shakoor are the main pillars with the bat for their respective teams. Consider picking them both in your Dream11 fantasy team.

The 4th match of Emirates D10 2021 will be played between Ajman and Sharjah on 25th March at Sharjah Cricket Stadium in Sharjah.

The match is scheduled to start at 5:00 PM local time and (6:30 PM IST) and It will be streamed live on Fancode.

Ajman and Sharjah will square off against each other in the 4th match of Emirates D10 2021 on Thursday. Result didn’t go Ajman’s way in their 1st game, as they lost to Emirates Blues by 10 wickets. Not having enough runs on the board while batting first was the main reason for their defeat. Their bowlers also failed to control the flow of runs. To win this match, they will need their openers to fire and play long knocks, while their bowlers should pick wickets at regular intervals. They have been pushed down to the bottom of the table, but it’s still early days in the tournament and they have all the capabilities to move up in the points table.

On the other hand, Sharjah got the perfect start they wanted into this tournament as they went on to beat Fujairah by 9 runs in their opening encounter. Skipper Fayyaz Ahmad’s incredible hitting at the end and their bowlers’ disciplined show won the game for Sharjah. With this win, they are in 2nd spot in the standings with 2 points.

It’s a hot day here in Sharjah where the maximum temperature will be looming at 35 degrees Celsius in the afternoon and it will decrease to 31 degrees Celsius at the start of the match in the evening. The humidity will be 50 per cent. There is no chance of precipitation for this match.

It’s a happy hunting ground for the chasing teams. Since the surface here in Sharjah is a flat deck, bowlers will find it difficult to contain the flow of runs and whoever wins the toss should bowl first.

Wicketkeeper Abdul Shakoor has got huge experience of playing for multiple franchise teams. Coming at number 3 in the first match, he got out for 15. But he is a good striker of the ball and we can expect better performances from him in the upcoming games.

Ameer Hamza was the top run-scorer in the first match against Emirates Blues, scoring 33 runs from 19 balls, including 3 sixes and a four. He generally bats at number 4 and always scores runs at a brisk pace.

Sharjah skipper Fayyaz Ahmad was the top run-scorer against Fujairah, scoring 35* runs from just 19 balls. He did well in the D20 tournament as well and will try to carry the same form in this tournament as well.

Vritiya Aravind gave his team an excellent start in the last game by hitting 3 fours, but failed to make a big impression as he got out for 14 runs from 9 balls. He scored over 400 runs in the D20 tournament.

Umair Ali performed well with both bat and ball in the 1st match against Fujairah. With the bat, he scored an 11-ball 16 runs and remained not out, while with the ball, he picked up the crucial wickets of Alishan Sharafu and Usman Khan. 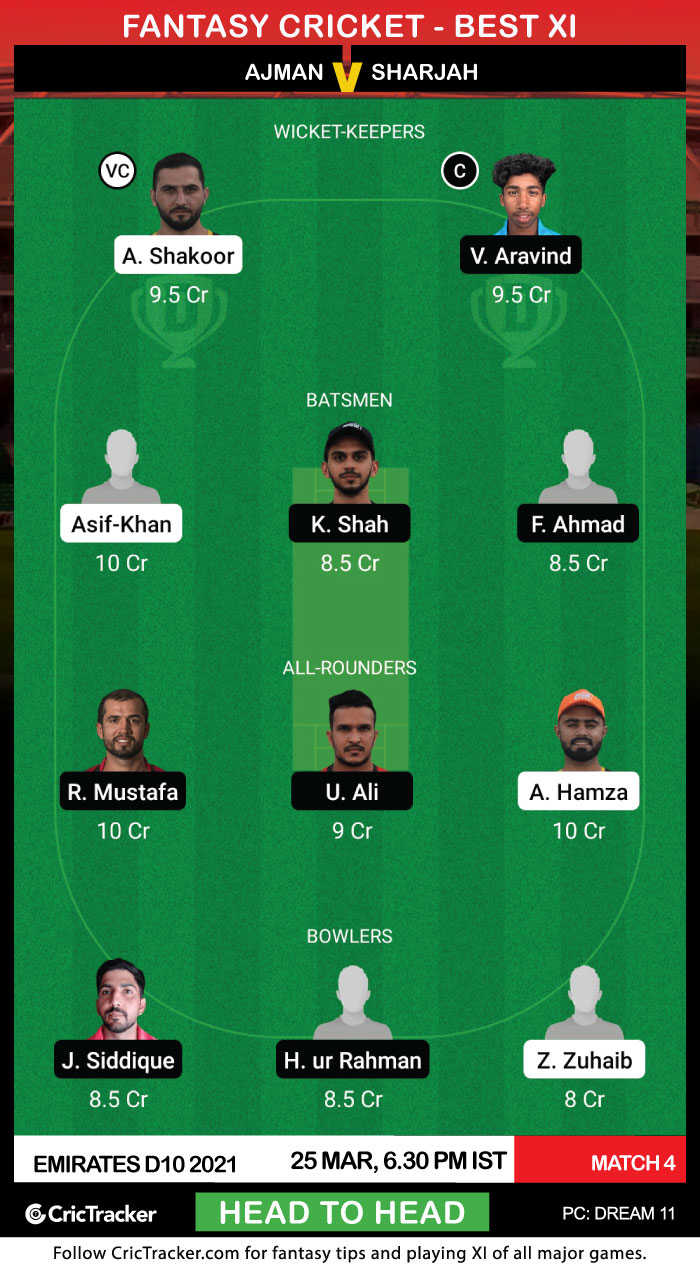 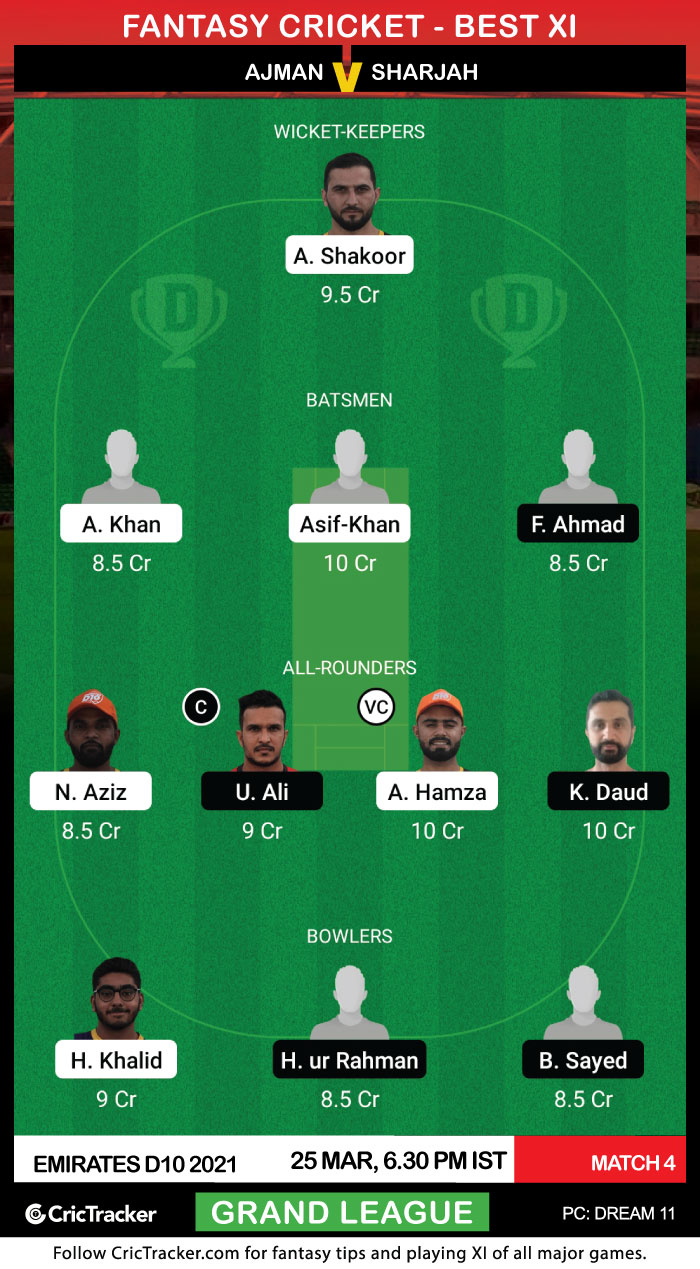 Wicketkeepers Vriitya Aravind and Abdul Shakoor are the main pillars with the bat for their respective teams. Consider picking them both in your Dream11 fantasy team.