Fujairah is expected to win this match.

Fujairah will be up against Sharjah in the 5th match of the Emirates D10 2021 on Wednesday (December 8). Fujairah were impressive in their opening match, as they thrashed Ajman by 34 runs to get precious two points on the board. They look well in all the departments and need to carry the same momentum for the rest of the tournament.

Sharjah, on the other hand, have not been much impressive in the tournament opener against Dubai. After being asked to bat by the opposition, Sharjah posted a decent total of 65 runs on the board. Dubai chased the target within 7 overs and 9 wickets remaining in their hand. However, Sharjah have got capable players who are all match-winners in their own aspects.

The track at this venue is expected to favour both the batters and the bowlers. Historically, the wicket has produced some nail-biting encounters and we have also witnessed many high-scoring games. Anything above 100 would be a good score on this wicket.

Waseem Muhammad has been impressive with both the bat and the ball. He scored 18 runs and scalped 3 wickets in the first match against Ajman.

Mujahid Amin has also looked in a good flow in the first game. He claimed 3 wickets while conceding just 15 runs in his spell.

The skipper of the team, Fayyaz Ahmad has been decent with the bat in the opening match. He scored 15 off 9 balls and would be looking to better his numbers in the next game.

Kashif Daud was the only bowler who took a wicket in the first match against Dubai. The latter picked a wicket and conceded 16 runs in his 2 overs. 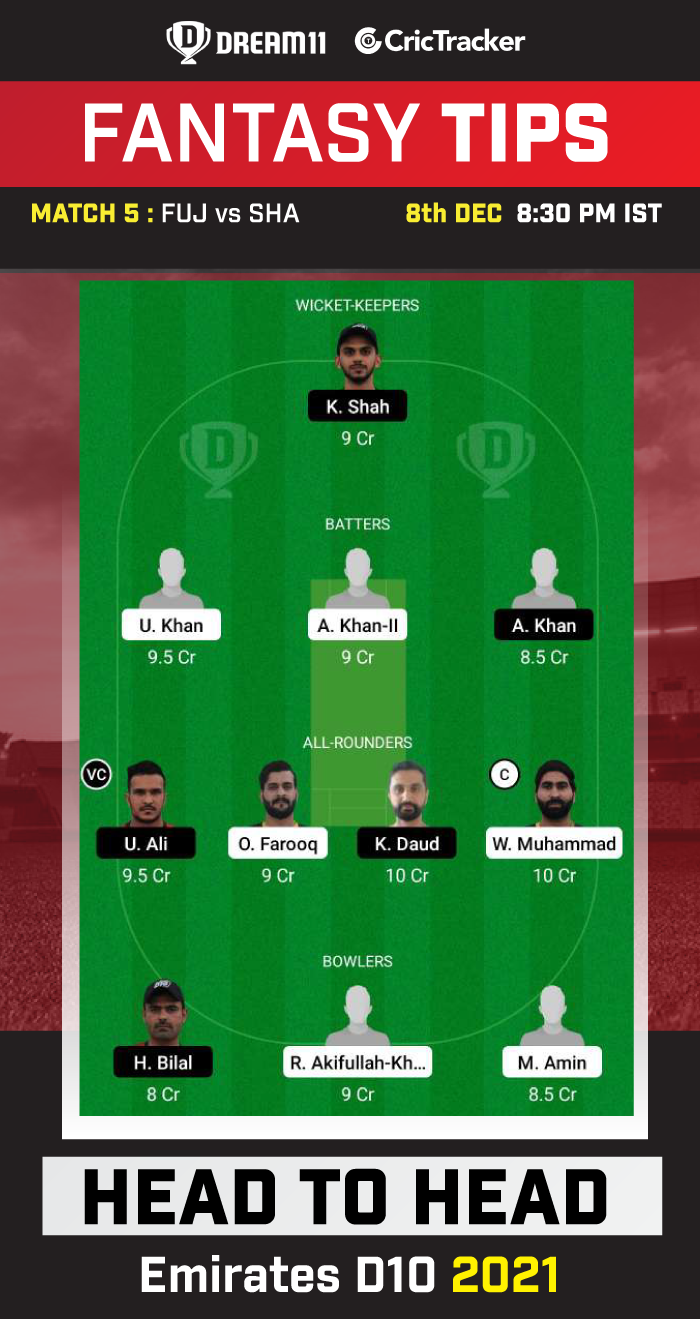 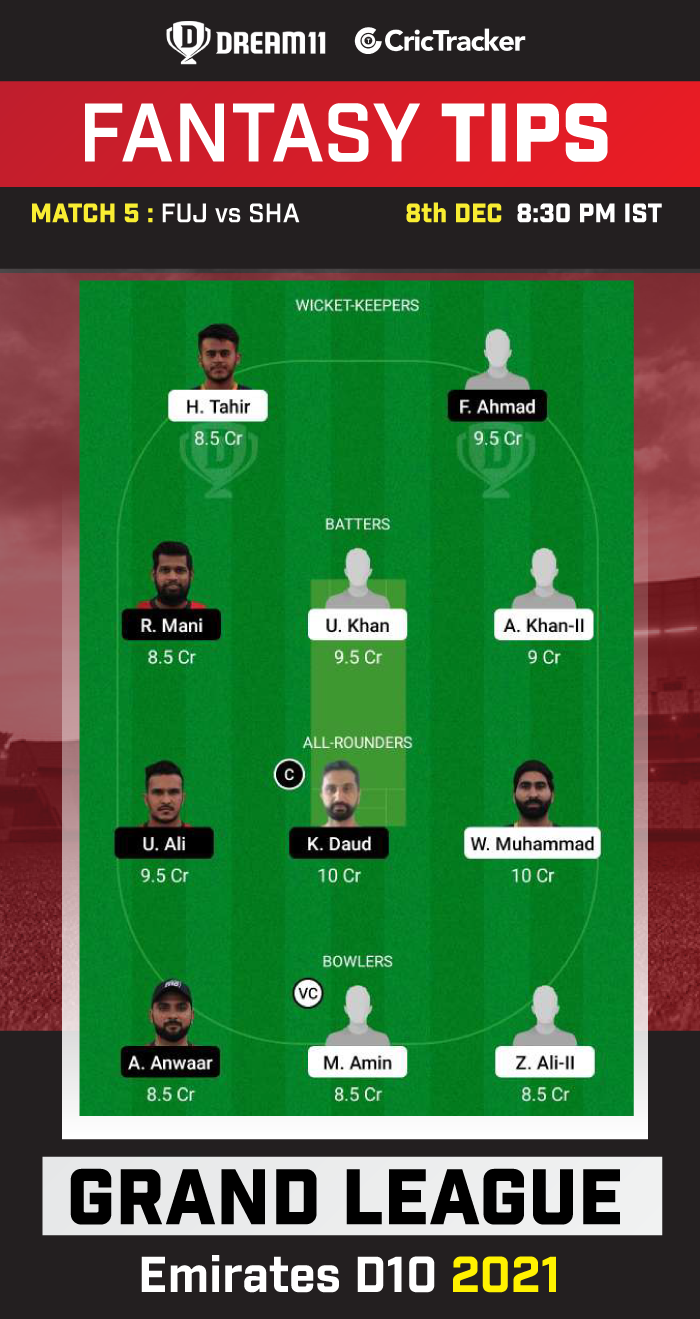 Fujairah is expected to win this match.