Amjad Khan didn't perform as per the expectations in this season. He has only scored 34 runs in 7 innings. You can avoid him while making your Dream11 fantasy teams.

Fujairah will lock horns with Ajman in the 1st Semi-Final of the Emirates D10 Tournament, 2021 on Monday. Fujairah will come into this match high on confidence after winning their last match against Emirates Blues by 38 runs. They have won 8 out of the 10 matches they played in the league stage and finishes at the top of the points table.

On the other hand, Ajman lost their last match against Dubai by 35 runs. They won 5 out of the 10 matches and finishes at the 4th spot on the points table. Fujairah will start as favourites in this first Semi-Final. We can expect a thrilling contest between these two sides on Monday.

The pitch here at the Sharjah Cricket Stadium is pretty much a balanced wicket. Pacers will get some movement with the new ball. Once the batsmen get set, they can score big on this wicket. Teams winning the toss will look to chase on this venue.

Waseem Muhammad has been in brilliant form with both bat and ball this season. He has scored 363 runs at a brilliant strike rate of 240+ and also picked up 8 wickets in the 10 matches he played.

Ahmed Raza scored 82 runs in 6 innings at a strike rate of close to 200. He has also picked up 6 wickets at an economy rate of 9.75. He can be a crucial pick for your Dream11 fantasy teams.

Asif Khan is the leading run-scorer in this season so far. He has scored 375 runs at an unbelievable strike rate of 219.30. He can score a big knock in this upcoming match as well.

Ameer Hamza is the leading wicket-taker for Ajman in this season. He has picked up 9 wickets and also scored 123 runs at a strike rate of 146.43 in his 9 outings.

FUJ vs AJM Must Picks For Dream11 Fantasy Cricket: 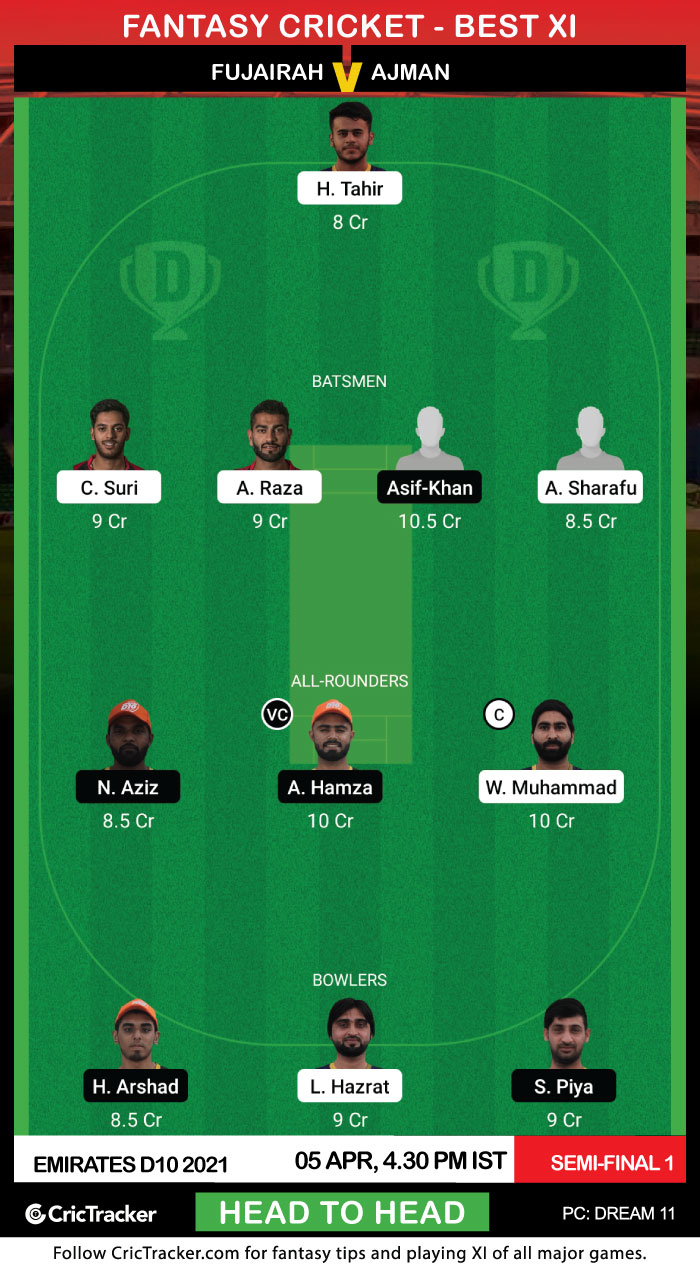 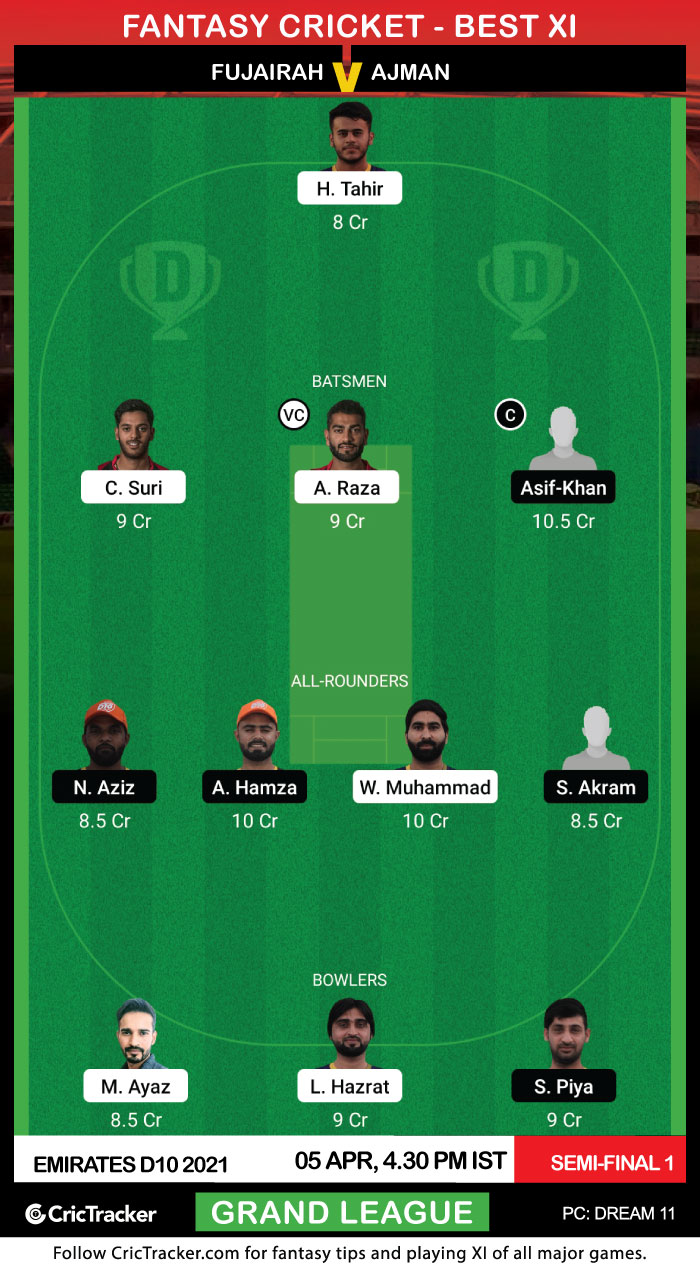 Chirag Suri has been in decent form with the bat this season, having scored 179 runs at a strike rate of 213.10 in the 10 matches he played for his team. He can score a big knock if it is his day. He can be a risky captain.

Amjad Khan didn’t perform as per the expectations in this season. He has only scored 34 runs in 7 innings. You can avoid him while making your Dream11 fantasy teams.