The 28th match of the Emirates D10 League between Sharjah Bukhatir XI and Team Abu Dhabi will be played at the ICC Academy Cricket Ground in Dubai.

While Sharjah Bukhatir XI is on the top of the table, Team Abu Dhabi is rooted to the bottom. This is the tale of two teams contending against each other in the Emirates D10 League today. Sharjah will start this match as the favourites and look to defend their winning streak in the tournament. On the other hand, Team Abu Dhabi will stare at some victories to finish off the tournament with some pride.

The temperature is expected to be conventional, ranging around 34-37 degrees celsius with no possibility of rainfall during the course of the game.

In the tournament so far, the pitch has facilitated and aided the batsmen compared to the bowlers. The turf can give a little edge to the spinners.

Sharjah’s batsman Renjith Mani has scored 196 runs with an average of 23. The leading wicket-taker for them, Umair Ali has also been consistent, picking up 16 wickets for the No.1 side which also include 2 four-wicket hauls. Fayyaz Ahmed has been playing a prominent role in their success as he scored 168 runs in his last 4 outings at an average of 42.

For the Team Abu Dhabi, Rameez Shehzad will be a wise pick if he plays. The batting line-up can constitute Dilawar Khan Orakzai and Vinayak Vijayan. Abid Ali played brilliantly in his last game and is expected to repeat his heroics. Rahul Bhatia, who can take wickets at the crucial stages of the game, can be picked up in the fantasy team. 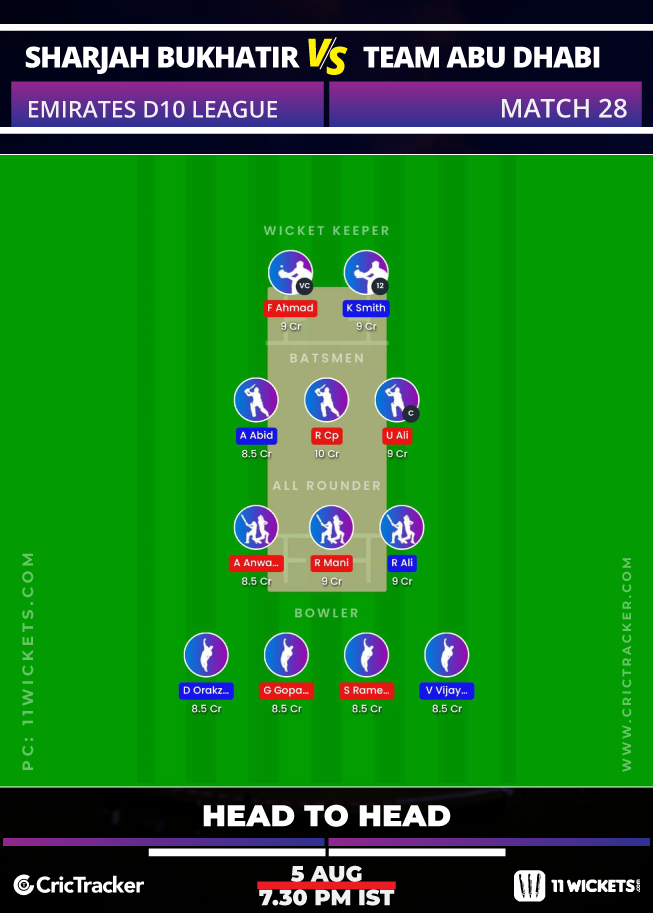 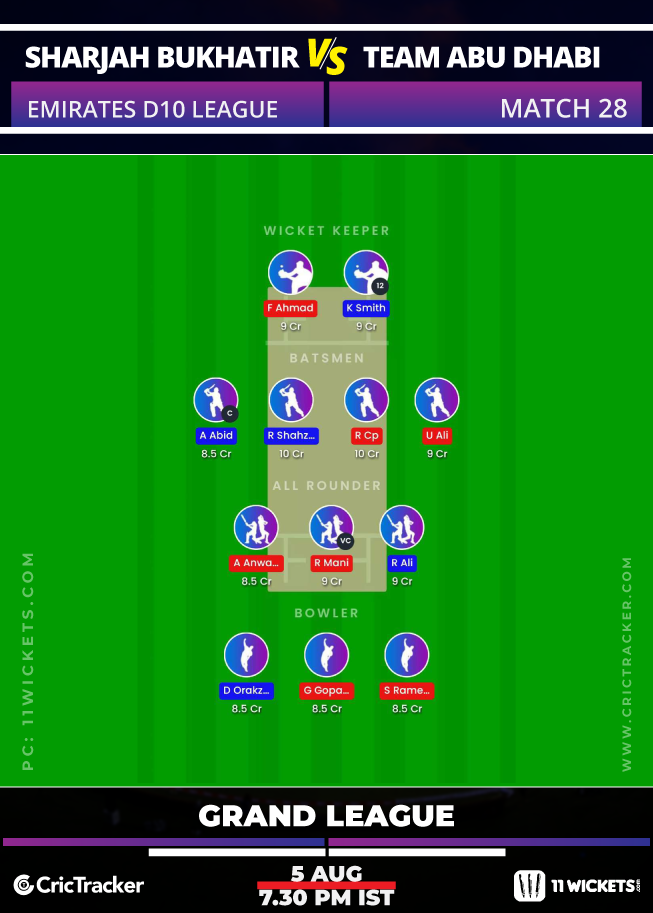 Vinayak Vijayan can be chosen as a multiplier as he got the tendency to pick up wickets once he gets his rhythm.