Akif Raja is a must-have for this game.

On the other hand, Fujairah are currently at the top of the table of this season of the Emirates D10 with seven wins in nine games. With a lot at stake for both sides in this Emirates D10 game, it could be an enticing clash.

The pitch is batting friendly, and batsmen will love to play their strokes on this wicket. So the team winning the toss should look to bat first and post a huge total on the board.

IPL 2021: 3 players to avoid in your fantasy teams for Punjab Kings vs Sunrisers Hyderabad game

Muhammad Boota is the highest runs scorer from Emirates Blues in this tournament, with 263 runs to his name with an average of nearly 44. He will look to add to his current tally, making him a strong vice-captaincy pick.

Akif Raja is an excellent bowling option for your fantasy team. He has picked up 9 wickets so far in this tournament. He will look to be a trouble-maker for the opposite batsmen, making him a must-have for this game.

Waseem Muhammad will open the innings and look to dominate the opposition’s bowling unit in powerplay. He can be dangerous if not dismissed early. Muhammad can also pick some wickets if given a chance to bowl. He has scored 275 runs and has grabbed 7 wickets in this tournament.

Chirag Suri is a hard-hitting batsman who can clear the boundaries with ease. Anything which is pitched up to him is likely to go out of the boundary ropes. Suri has scored 178 runs in 9 matches on an average of 25.42 and a strike rate of 217.07.

EMB vs FUJ Must Picks for Dream11 Fantasy Cricket: 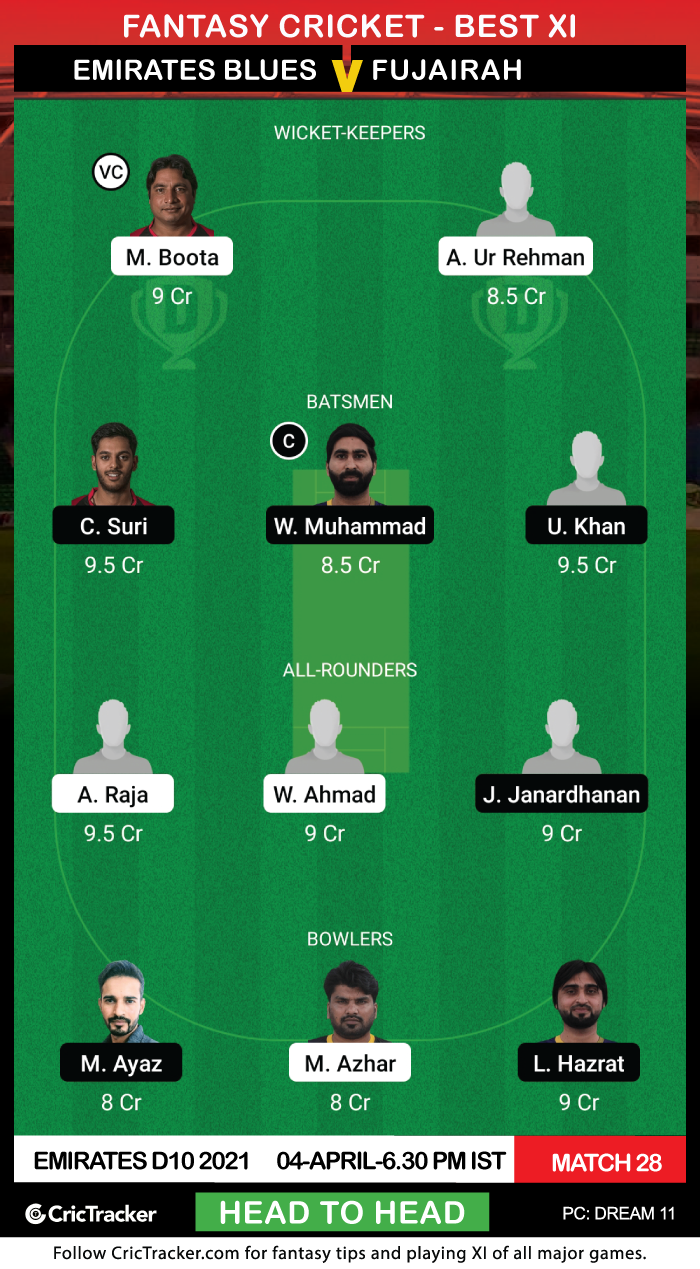 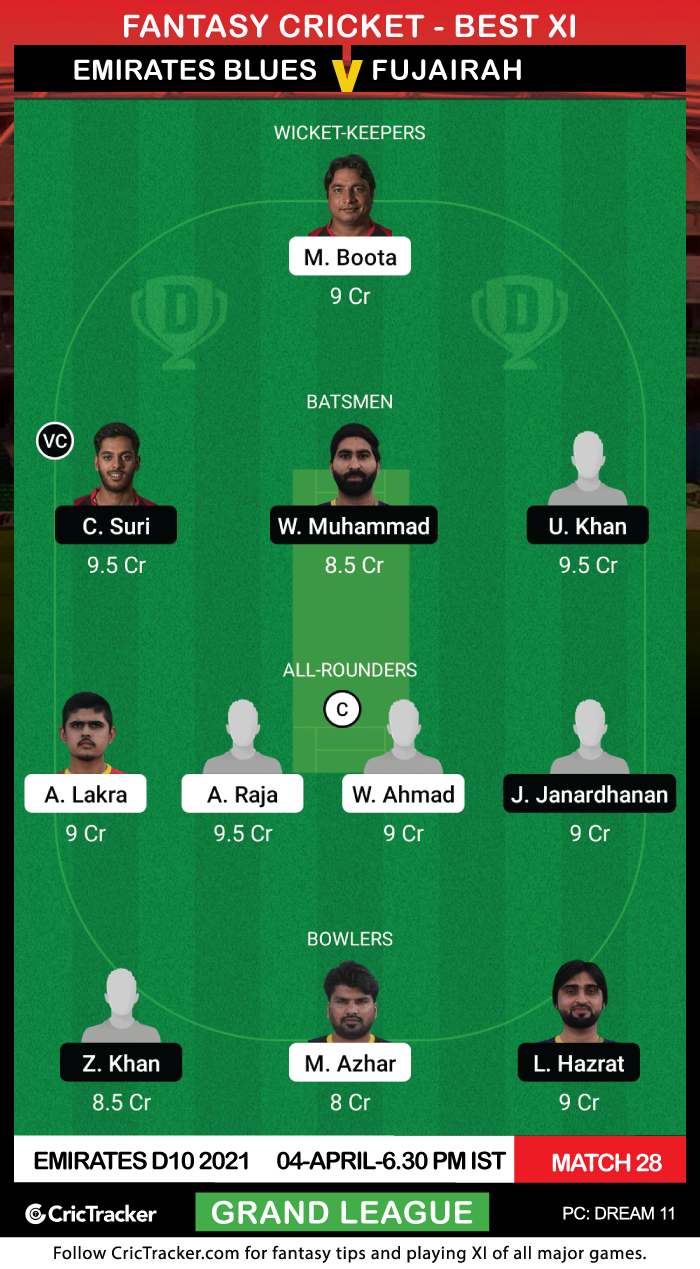 Fujairah are expected to win the match.