England Women are expected to move one step closer to a whitewash by beating West Indies women for the fourth consecutive time.

The fourth T20I match of the 5-match series between England Women and West Indies Women is all set to be played at County Ground in Derby, on Monday.

After taking an unassailable lead in the 5-match series, England Women will now try to whitewash the West Indies Women’s team. The hosts have batted first and won all the three matches comfortably. The Caribbean bowlers have done a fine job with the ball, but the batswomen have not clicked together yet.

There is a 30% chance of showers during the match time in Derby. The temperature is expected to be 15 degrees Celsius.

The medium-pacers have achieved much success in this T20I series. The batsmen need to settle down in the middle before dominating the game. Trying the big shots has resulted in fall of wickets.

Deandra Dottin has scored 170 runs in three matches for West Indies Women. She has been the biggest positive for the visitors in this series.

Stafanie Taylor has struggled to get going in the batting department, but she has scalped five wickets with the ball in three games. Her economy rate has been 6.66.

Natalie Sciver played a brilliant knock in the previous game. She has been England’s best batswoman with 97 runs in 3 matches. She has also picked up three wickets.

Sarah Glenn has troubled the West Indian team with her leg-break bowling in this series. The 21-year-old from Derby has five wickets to her name in three matches.

Suggested Playing XI No.1  of EN-W vs WI-W for Dream11 Fantasy Cricket: 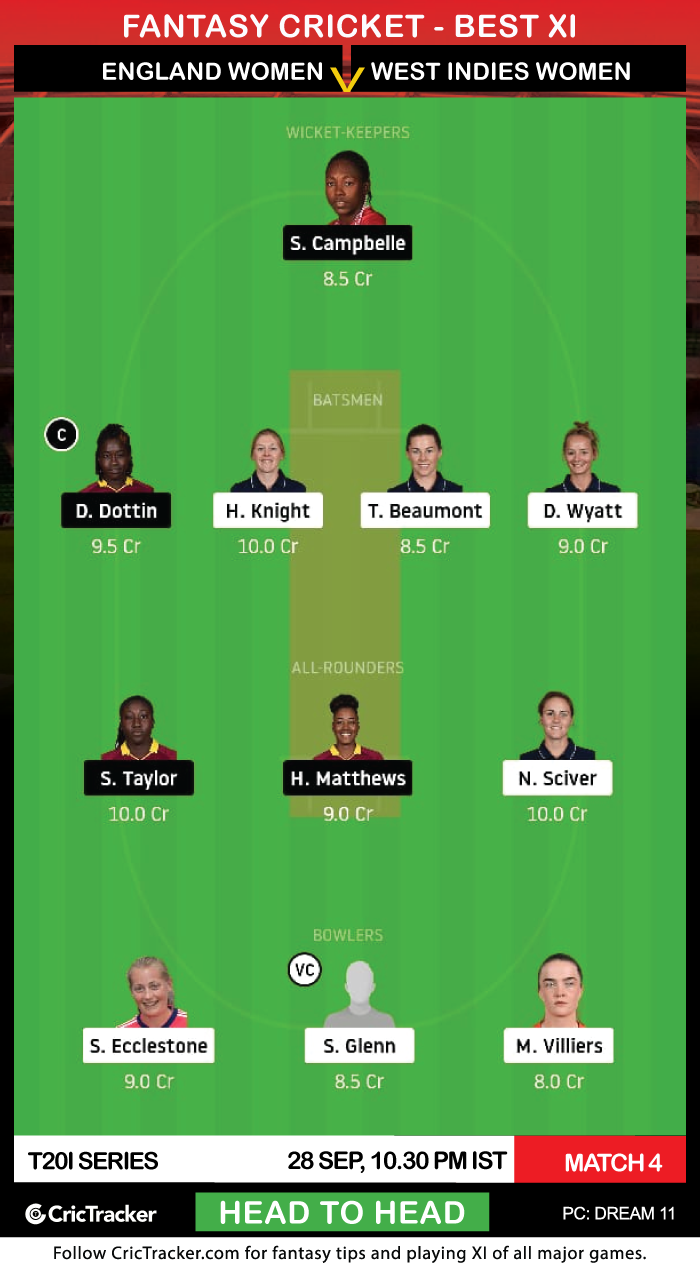 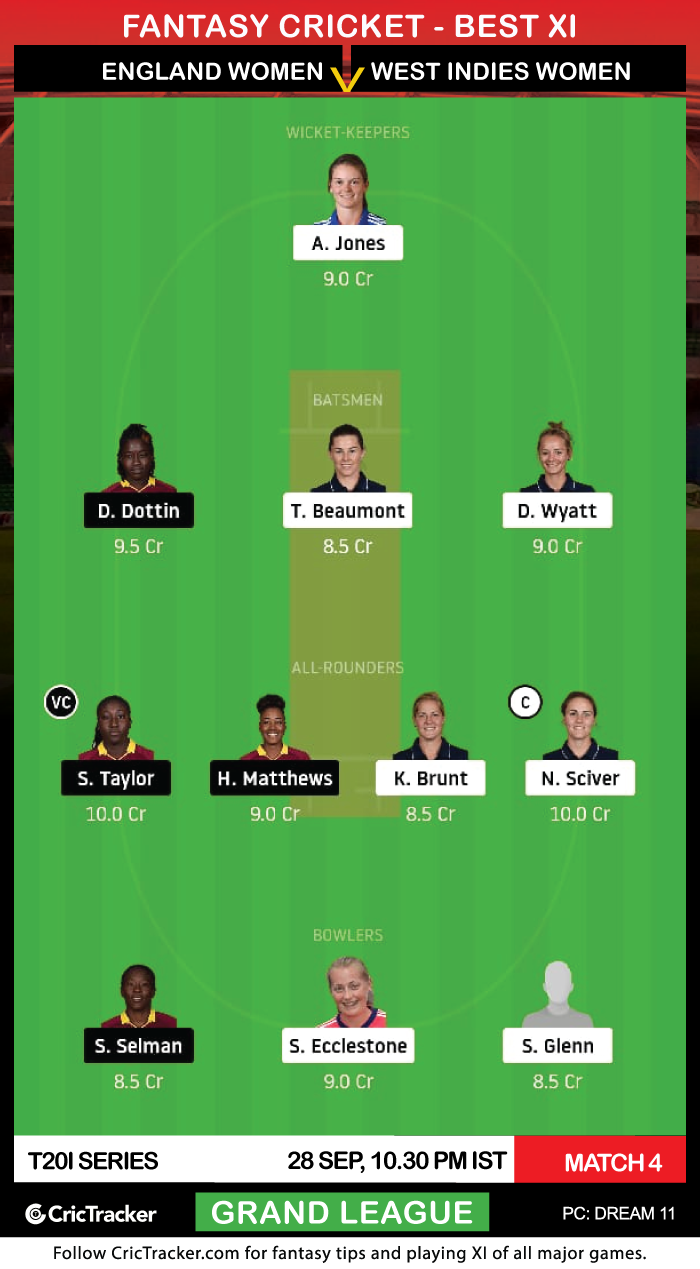 Tammy Beaumont opens the innings for England Women. She was in fine touch during the first two games. However, she had a forgettable outing in the last match. Since she has been England’s second-highest run-getter in this series, it is advisable to pick her in the team despite her recent failure.