New Zealand have a good record in the ICC events and will be aiming for their first T20 World Cup title. 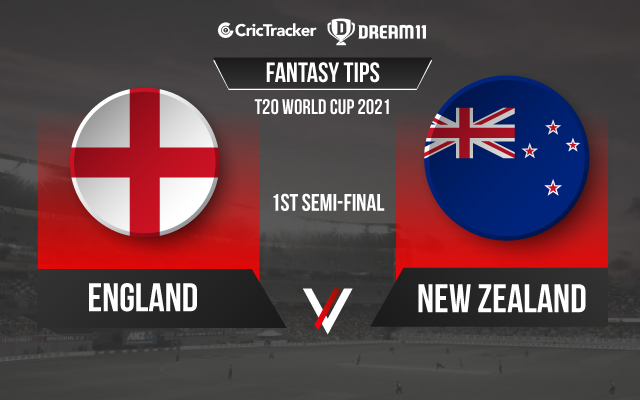 In the highly anticipated game, England will take on New Zealand in the first semi-final of the T20 World Cup 2021. England have been professional right throughout this tournament and rightly deserved their spot in the semis. Jason Roy’s injury is a huge setback for them. The Three Lions won 4 matches in a row, but they lost against the Proteas by 10 runs in their final league game.

New Zealand, on the other hand, always tends to perform well in ICC events. They know how to deal with the pressure during tense moments. After losing out to Pakistan in their opening encounter, they didn’t look back and won their next 4 matches on the trot with a lot of ease. They don’t have specialist T20 game-changers, but they perform as a team and have the ability to beat England in this match.

The surface helps the quick bowlers for the most part of the match. The batters need to spend time to get themselves settled, and can accelerate afterwards. The dew factor definitely comes into play, and hence, bowling first is a preferable option.

Dawid Malan hasn’t lived up to the expectations he has set. In 4 innings so far in this World Cup, he has accumulated only 75 runs at an average of 25. He is expected to do well in this match.

In a must-win game against Afghanistan, Kane Williamson played a responsible knock and scored an unbeaten 40 runs from 42 balls. Overall in 5 innings in this tournament, he has accumulated 126 runs at an average of 42.

Jimmy Neesham hasn’t got much opportunity to shine in this tournament. With minimal chances he has got, Neesham has managed to score 46 runs at a strike rate of 148.38 and has also picked up 2 wickets at an economy of 6.

Moeen Ali will be the trump card for England with both bat and ball. He has scalped 7 wickets and has also scored 41 runs so far in this World Cup.

Trent Boult is the key weapon for New Zealand with the new cherry. The surface here at Abu Dhabi will be ideal for his pace and swing. He is the joint second-highest wicket-taker in this tournament with 11 scalps in 5 matches.

With his variations, Adil Rashid has caused problems in this competition. He has picked up the most wickets for England in this tournament, with 8 scalps in 5 matches.

Jos Buttler has been England’s hero in this tournament. The English vice-captain has mustered 240 runs in 5 matches, at an average of 120 and a strike rate of 155.84.

ENG vs NZ Must Picks for Dream11 Fantasy Cricket: 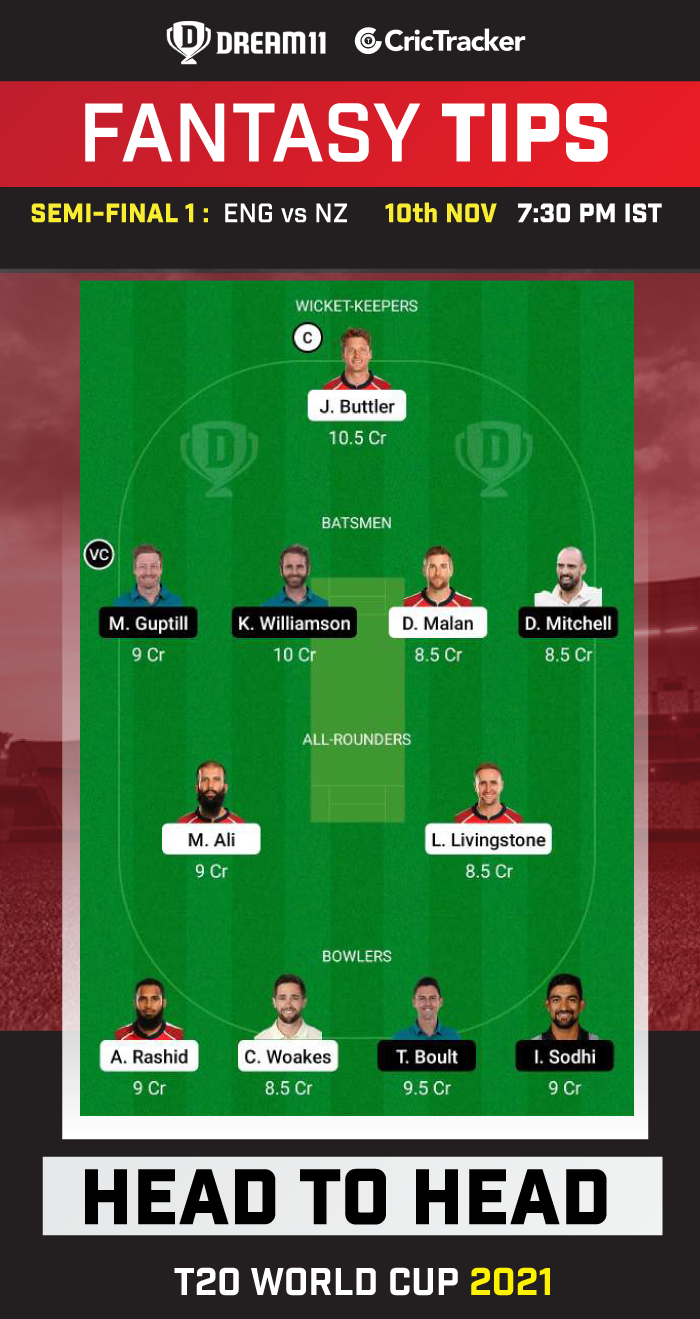 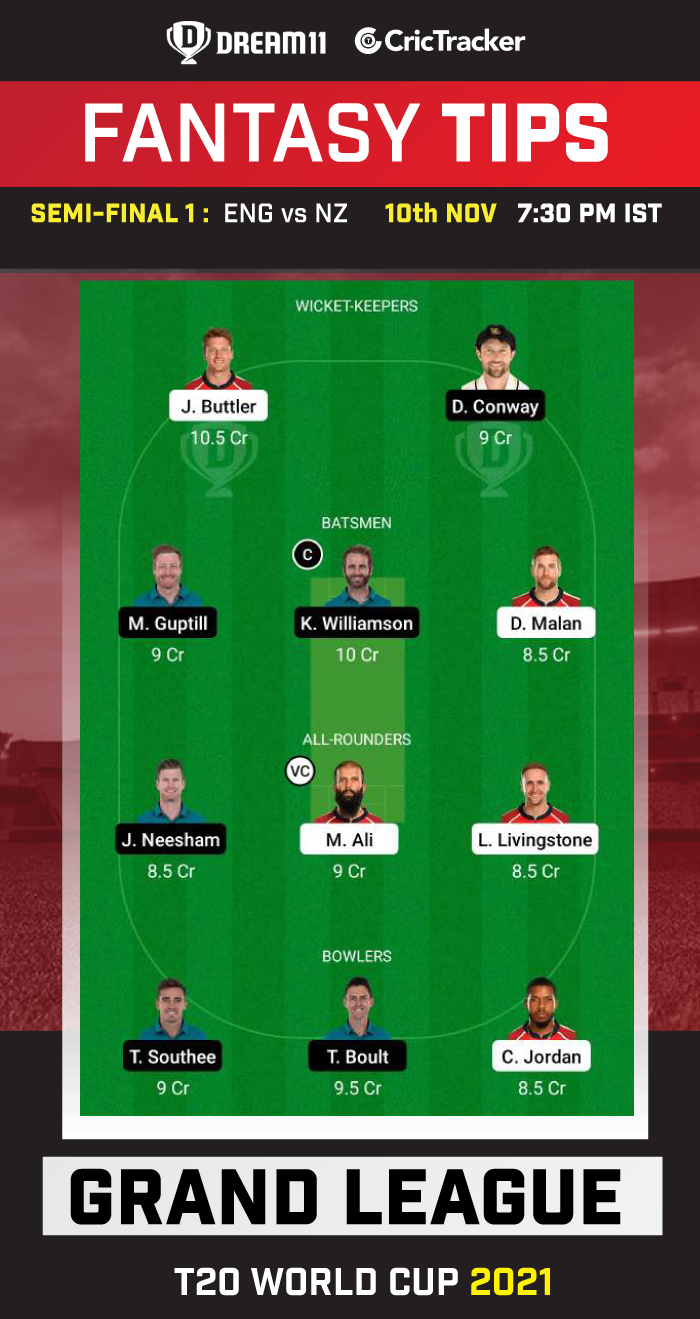 Liam Livingstone is more than handy with the ball. It will be interesting to see whether he bowls against New Zealand. Livingstone is known for hitting sixes as well, and will be a risky captaincy pick for your fantasy teams.

Devon Conway played a good knock in the last game against Afghanistan, where he scored 36* runs from 32 balls. He scores most of his runs with sweeps and reverse sweeps. You can take a risk and pick him as your fantasy team skipper.

Mitchell Santner has been economical in this tournament. However, he has picked up only 2 wickets in 5 matches so far. It’s better to avoid him while making your fantasy teams.