The second-string England side are hoping for a whitewash against Pakistan. 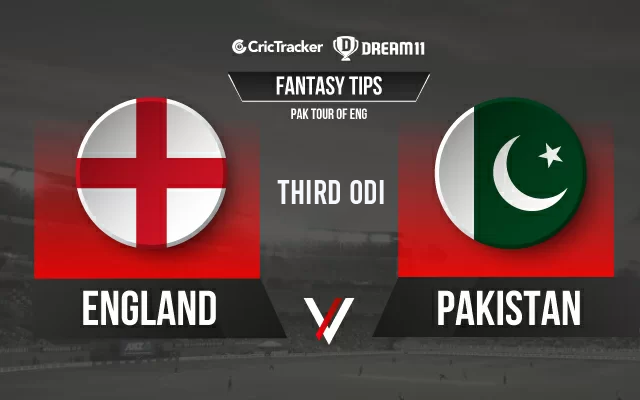 Holding the tag of the second-string side, a completely new-look England side has been too good against Pakistan, as they have clinched the series 2-0 with still one game left. It wasn’t easy for Ben Stokes, who is captaining for the first time in the ODIs, but he has done really well in terms of game management. Saqib Mahmood has caught the eye of the selectors and will surely be in contention for the mainstream team.

Meanwhile, Pakistan are over-dependent on their skipper Babar Azam, which has been evident in this series. They lost plenty of wickets in the early part of the innings in both the matches, which cost the men in green hugely. Now, they will be playing to avoid the whitewash in the 3rd ODI.

There will be plenty of swing and seam movement in the initial few overs and the batters should be watchful in that period, but thereafter, it becomes much easier to bat on. Whoever wins the toss should bat first.

Also Read: The Abhimanyu Easwaran conundrum: Who is right?

After scoring unbeaten 68 runs in the first ODI, Dawid Malan wasn’t able to repeat the same in the 2nd ODI as he was dismissed for a duck. He is very composed at the crease and is still a good pick for your fantasy teams.

Babar Azam once again faced a peach of a delivery from Saqib Mahmood in the 2nd ODI and was dismissed for 19 runs. The Pakistani skipper is desperate for the runs in this tour and expecting to do well in the final game.

Lewis Gregory’s late fireworks helped England to put up a competitive score on the board. He truly deserved the man of the match in the 2nd ODI for his 40 runs with the bat and 3 wickets with the ball.

Shadab Khan is the go-to bowler for skipper Babar in the middle overs. He has used his variations quite effectively and dismissed the well-set James Vince in the 2nd ODI. He is pretty handy with the bat as well.

Saqib Mahmood again proved he can be part of the main England side. He was clocking 140 plus and was asking questions for batters every time he bowled. In 2 matches this series, he has picked up 6 wickets at an economy of 3.5.

Hasan Ali was the star for Pakistan with the ball in the 2nd ODI. With his brilliant line and lengths, he went on to pick his 4th five-wicket haul in his ODI career and he even slammed 31 runs with the bat in just 17 balls.

Philip Salt was in T20 mode in the 2nd ODI and took the Pakistani bowlers to the cleaners. He brought up his maiden half-century in his 2nd ODI game. He ended his innings after scoring 60 runs from 54 balls.

Ben Stokes has bowled only one over in this series, which has made him score fewer points than usual. Hence he is a risky captaincy pick for your fantasy teams.

Saud Shakeel is a talented young cricketer. He looked good in the 2nd ODI and was timing the ball really well. Shakeel scored his 1st half-century in ODI cricket in that game. He is a risky captaincy pick for your fantasy teams.

Faheem Ashraf hasn’t been at his best in this series. He went wicketless in both the matches and has managed to score only 6 runs. Considering his present form, it’s better to avoid him while making your fantasy teams.